Flipkart Money: The New Kid On The Payments Block

Flipkart Money: The New Kid On The Payments Block 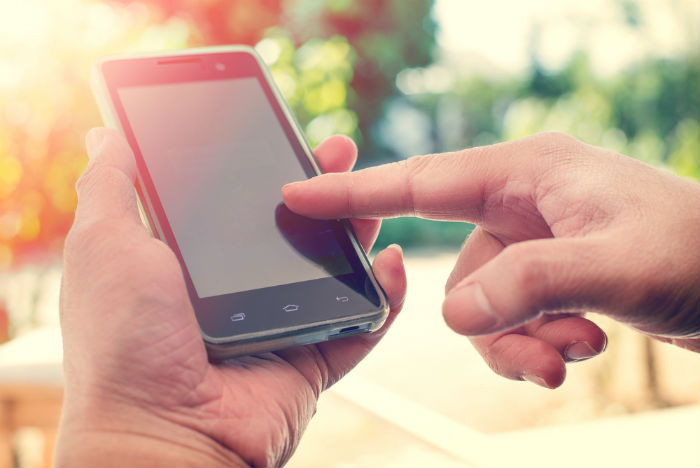 Flipkart has had a really busy fortnight. First, in a restructuring move last week, it  reportedly shut down its grocery delivery division ‘Nearby’. Just a day after, Morgan Stanley marked down Flipkart shares by 27%, thus bringing down its valuation to about $11 Bn from the earlier valuation of $15.2 Bn. Then days later it launched an advertising platform, Brand Story Ads, on the mobile app, pitching the platform as a new form of advertising called ‘Commerce Advertising’. And now, 18 months after it shut down its payment gateway PayZippy, it is re-entering the payments space with the launch of its mobile wallet Flipkart Money.

While this directly implies that the temperatures in the payments sector are expected to rise up by notches, what it implicitly reiterates is that India’s ecommerce poster boy will now be majorly focusing on the four identified pillars of its business, namely ecommerce, logistics, payments and advertising. Flipkart Money has been launched on Android. It will help the ecommerce giant increase the proportion of cashless transactions as well as cut down operational costs involved in cash on delivery payments.

The relaunch comes within six months of its acquisition of payments services startup FX Mart Pvt. Ltd, which holds a prepaid wallet licence issued by RBI, for about $6.8 Mn. At the time of the acquisition, Flipkart had hoped to launch a payment service on its app as well as on Myntra app within the next three months, and offer payment services on third party sites and apps. The launch was apparently delayed as RBI sought more details of the acquisition, followed by technical issues.

As of now, Flipkart Money users can hold a balance of INR 10K ($148) at a time and top it with a maximum of INR 25K ($371) a month using their credit cards, debit cards or via net banking. They can also withdraw cash from the wallet to the cards or the bank account. The digital wallet can presently be used only for payments on Flipkart and it’s still not clear if the company will open up Flipkart Money to other sites.

Flipkart Money is expected to aid in quick refunds, especially in case of cash on delivery payments. This means, it would also result in significantly boosting the number of transactions on Flipkart, as the company aims to sell goods worth $12 Bn in the fiscal year ending March 31 – a three-fold increase compared with the prior fiscal year. That is an ambitious target, given the intense competition from Amazon, which is breathing down its neck. Amazon has been on a major investment spree to compete in the Indian market. According to filings with the Registrar of Companies, in February it has invested about $300 Mn in Amazon Seller Services. The latest infusion comes right after Amazon infused $250 Mn through a rights issue into the Indian unit in late December last year. The funds are being used to improve warehousing, logistics and marketing services.

The Rising Tribe Of Wallet Warriors

Flipkart had shut PayZippy in August 2014, after the product failed to sell to as many customers as the company expected. But since then, the payments space has undergone a sea change. The number of mobile wallet users has been steadily growing, and has reached about 140-150 Mn, thanks to alluring offers and discounts. Interestingly, Alibaba backed Paytm, the biggest player in the market today, has over 100 Mn wallet users, registering over 75 Mn transactions every month. As per a February Nielson report, Paytm is used by 3 out of every 10 smartphone users. This just goes to show how far up the game Paytm already is, compared to rivals in the wallet space, such as Mobikwik, Oxigen, PayU, Citrus Pay and Novopay.

No wonder, with ecommerce booming, payments have inevitably become an essential part of the strategies of ecommerce companies. A look at the wallet transaction data would clearly demonstrate this.

This is exactly why rival Snapdeal snapped up Freecharge for $450 Mn; thus joining forces to build a common wallet service called ‘Freecharge Wallet’. On similar lines, Amazon had launched its Pay With Amazon in India service in October 2014, which allows customers to use the information already stored in their Amazon account to checkout and pay conveniently on ecommerce sites. Last month, it had announced the acquisition of Noida-based online payment solutions provider, EMVANTAGE Payments Pvt Ltd, for an undisclosed amount. As part of the deal, Emvantage’s employees will join Amazon’s payments team to develop solutions, tailored for the Indian market.

By 2020, the Indian ecommerce market is expected to be a $119 Bn pie. No wonder, ecommerce companies are focusing big time on payments – an essential part of the ecommerce space. They have been making significant investments, acquisitions and partnerships with payment companies to grab a share of the digital payments vertical, which helps reduce the dependency on cash and make it convenient for online shopping. Not to be left behind are cab aggregators such as Ola (with Ola Money) and Uber, which will also be launching its own digital wallet, albeit a bit late.

Currently, Paytm is leading the ranks with its 100 Mn user base. Interestingly, Uber’s increasing popularity in India also helped Paytm’s user base swell. In fact, it was one of the few ways through which customers could pay for Uber before it started accepting cash. With Paytm also being one of the 11 companies selected by RBI to set up a payments bank, it is obvious the numbers will swing further in its favour. Coincidentally, Flipkart-acquired FX Mart too had applied for a payment bank license but didn’t get one in the first lot of licenses issued by RBI.

The mobile wallet that is currently accepted at over 80,000 merchants, is expected to reach 10 Mn merchants by end of 2016. No wonder, with Flipkart entering the game, the competition in the payments space will heat up. Because the nature of payments business is of that scale. And that’s possibly one of the reasons why big establishments were only given licenses to set up payments banks.

Having said that, one also needs to understand that despite the steady rise in the number of mobile wallet users in the country, there are still some factors that are hindering its usage and preventing it from going mainstream. The limited number of merchants accepting wallets, high cost of acceptance, competition from cash, expensive PoS systems, inadequate broadband infrastructure, fear of cyber crimes, and inhibitive upper limits on wallets as per existing financial regulations are some of the problems which plague wider adoption of mobile wallets. There is also a need to induce cases in rural areas in order to compete with cash. These are problems which can only be solved over time, with the inclusion of more and more Indians into the digital economy.

Meanwhile, for Flipkart, the move into the wallet space, coinciding with its devaluation by Morgan Stanley, signifies one thing clearly – its focus now is majorly on profitable ventures and cutting down on its liabilities. If Flipkart is eyeing the IPO route, it has to generate profits at some point to gain the confidence of investors. While it’s still not clear if it will open up Flipkart Money to other ecommerce sites, it seems natural that it might be just a matter of time before it does. With Amazon providing formidable competition on one side, and Paytm ruling the roost in the payments space, the battle lines for the coming months are clearly drawn. And as they say, “May the best man win!”