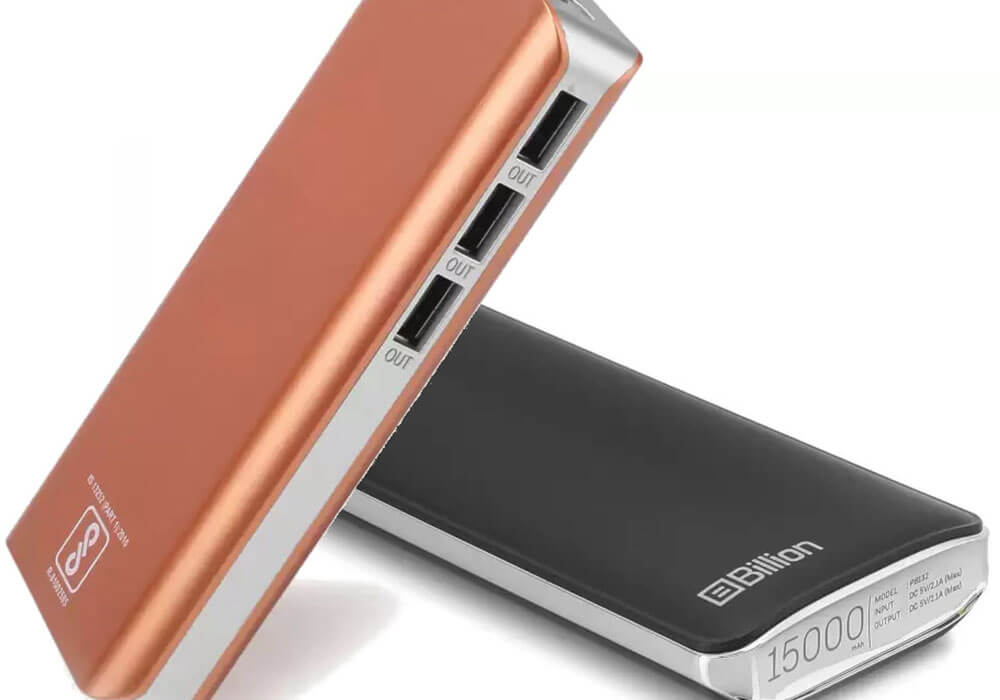 Flipkart, after enticing the Indian consumers with its smartphone Billion Capture+, has come out with another product in the Billion series – Power Bank.

Just like other products under the Billion category, which include mixer grinders, irons, T-shirts, backpacks and cookware, the power banks are also designed, engineered, manufactured and tested in India.

As Hrishikesh Thite, Category Head, Billion, said, “Our range of power banks has been built with Indians’ needs at the core of its design – right from the colours, where research with customers showed Indians prefer rose gold and copper colours over the usual white and grey, to the multiple fast-charging ports. We’re delivering all of these thoughtfully designed features at a very compelling price point.”

Billion was launched in June 2017 by Flipkart and was said to be inspired by the government’s Make In India initiative.

Flipkart intended to cater to the unique needs of Indian customers with Billion. As part of the initiative, the ecommerce unicorn has teamed up with a number of domestic manufacturers.

Flipkart relied on its data and customer feedback to build products that target Indian needs and sensibilities.

Billion also launched the Billion Capture+ smartphone in November 2017. The company claimed to have sold out the phone within 24 hours of its launch.

Flipkart’s Billion challenges Amazon’s private label brand AmazonBasics which was launched in September 2015. Geared towards expanding its consumer base, AmazonBasics offers a range of high-quality products for customers to enjoy at value pricing.

Before this, Amazon had launched two smartphone models, Tenor E and G, in India back in September 2017.

The rival companies, Flipkart and Amazon, have been exploring different avenues to drive growth in the ecommerce market. The companies are also experimenting with their brick and mortar stores to showcase their dominance in the market.

Later in March, the company also opened the doors of its first physical outlet for its private label Roadster in Bengaluru.

Amazon has also been talking with franchises about offline stores and has recently bought a minority stake in Future Group’s Shoppers Stop.

With different verticals being explored throughby AmazonBasics and Flipkart’s Billion, the next products of the companies are much awaited.