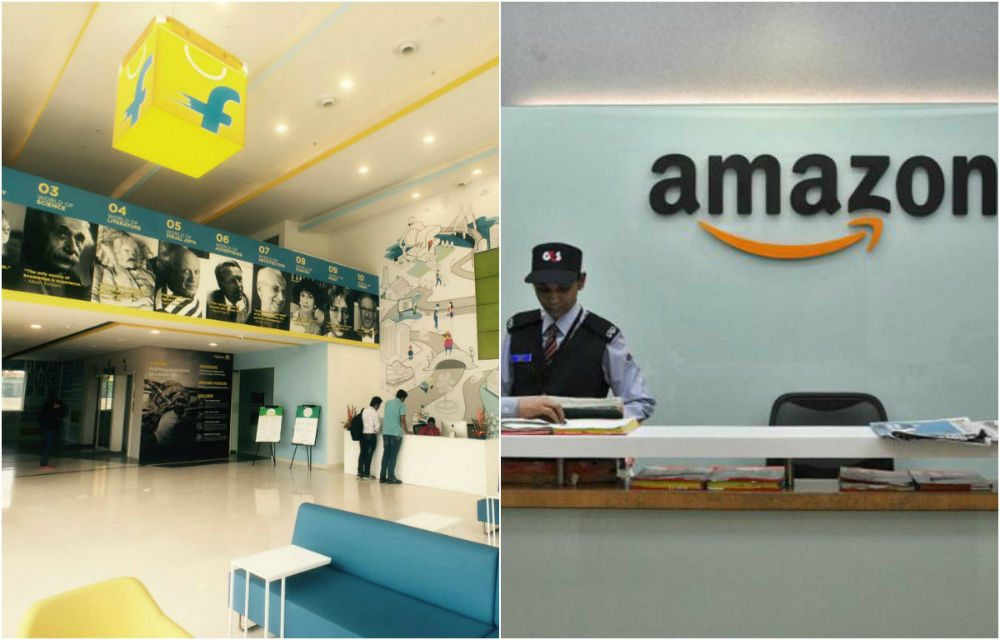 The startup bug is still ruling the charts on people’s list of top companies to work with in India. According to a recent study published by LinkedIn, Startups comprise a major portion of the top companies for jobseekers.

From Alphabet to Adobe and Ola to OYO Rooms, this year’s LinkedIn Top Companies span across 10 industries. The list is based on the billions of actions taken by LinkedIn’s 500+ million members.

The job portal has taken into consideration three main pillars to for ranking, “job applications, both views and applies on postings; engagement, with employees as well as with the company directly; and retention, how many employees are sticking around for a year or longer.”

Tech editor at LinkedIn Adith Charlie said, “Our analysis was only run on companies with over 500 employees; included only actions taken in the 12 months ending in February and — as with all LinkedIn Lists — excluded LinkedIn and its parent, Microsoft, from consideration.” 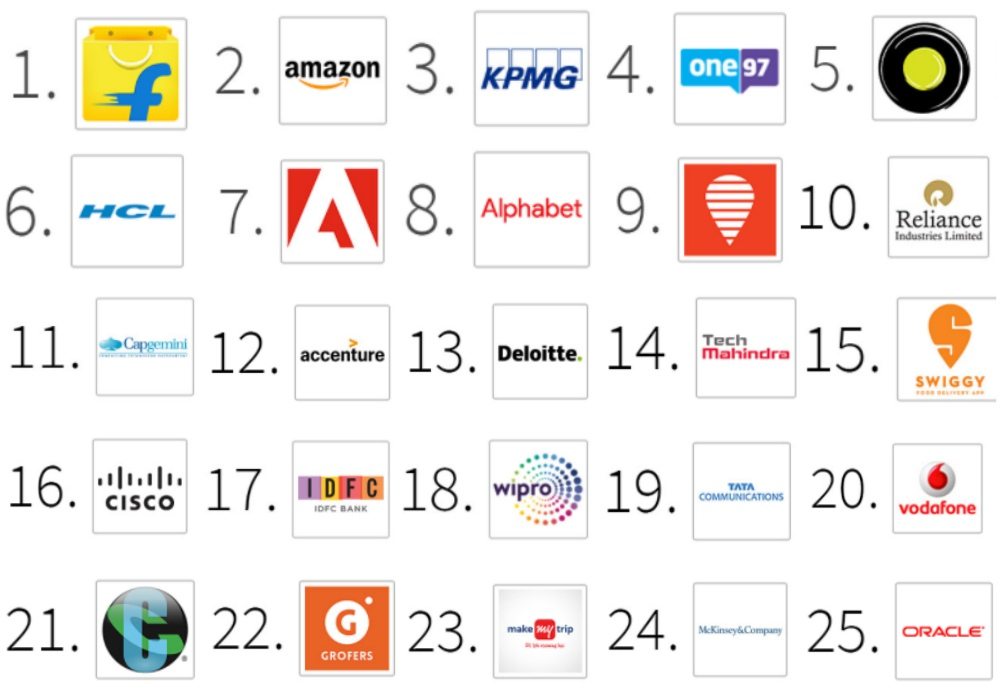 Online marketplace Flipkart has been ranked at the top of the list. Flipkart also topped this list in 2016, making this the second year in a row. As per the report the homegrown ecommerce has plans to hire 3,000 full-time and temporary workers this year.

Commenting on this recognition, Kalyan Krishnamurthy, CEO, Flipkart, said, “We are thrilled to be the most sought-after company to work for in India for the second year in a row. I would attribute this primarily to the super-exciting work that we do here. We have an extremely open and empowering culture that places full trust in our employees. We are dedicated to build this culture of growth and to fuel our commitment to constantly innovate, disrupt, and build India’s global technology powerhouse.”

Flipkart recently raised $1.4 Bn funding at a valuation of $11.6 Bn and acquired eBay India operations. In April 2017, it was reported that SoftBank Global gave the final nod on the widely talked about Flipkart and Snapdeal merger. The company is in final stages of negotiations of acquiring Snapdeal.

Ecommerce giant Amazon again secured the second spot on the list. The company has more than 10,000 employees. In April 2017, CEO Jeff Bezos said that the ecommerce giant’s Indian arm is the country’s most popular marketplace during a post-result interaction, indicating the company’s intention to keep fuelling Indian investment. The company also invested about $10.45 Mn (INR 67 Cr) in Amazon Pay (earlier -Amazon Online Distribution Services), in its wallet business. The investment was done through its Singapore unit Amazon Capital Holdings and Amazon.com Inc. Ltd, Mauritius.

Next on the list is one of the ‘big four’ auditors, KPMG. The company has a client base of over 2,700 companies, providing audit, advisory and tax services. As per a LinkedIn estimate, the company has about 189,000 employees globally. In India the company has offices in Chandigarh, Gurugram, Noida, Ahmedabad, Vadodara, Mumbai, Pune, Bengaluru, Kochi, Chennai, Hyderabad and Kolkata.

Paytm is a new entrant to the list. Earlier this week, Japanese Internet and telecom major SoftBank Group invested $1.4 Bn in Paytm’s parent company One97 Communications. The company boasts off over 220 Mn users on its wallet. Paytm is also planning to roll out its payments bank on May 23, 2017. The company had received permission from the Reserve Bank of India to formally launch the Paytm Payments Bank in January 2017.

The company currently has about 13,000 employees. In March 2017, Paytm CEO Vijay Shekhar Sharma debuted on the  Forbes World’s Billionaires List with a net worth of $1.3 Bn. In the same month, employees sold their shares in One97 Communications. About 47 employees sold shares worth about $15.3 Mn (INR 100 Cr) to both internal and external buyers.

The homegrown cab aggregator Ola is fifth on the list. Ola currently has about 6,000 employees and counts SoftBank, DST Global and Sequoia Capital as its investors. Earlier this month the Bengaluru-based cab aggregator raised $104.4 Mn (INR 670 Cr) in Series I from US-based hedge fund Falcon Edge Capital and Ratan Tata’s RNT Capital.

Earlier this week, taking a leaf out of Snapdeal’s book, Ola made changes in its shareholding terms. As per the latest articles of association (AoA) filed by its holding company ANI Technologies Pvt. Ltd, the new regulations have restricted the purchase of Ola shares by the investors without their consent. The AoA also specified that Ola will issue more shares to the founders Bhavish Aggarwal and Ankit Bhati, to keep their shareholding in the company between 10.9% and 12.38%.

Other startups that featured on the list include online food delivery startup Swiggy on the 15th spot. Swiggy is followed by Gurugram-based hyperlocal grocery delivery startup Grofers on number 22nd and travel portal MakeMytrip on 24th spot.