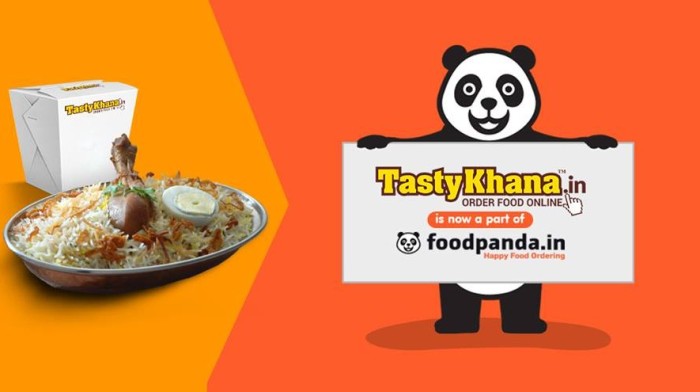 It is to be noted that earlier at the time of acquisition, Foodpanda said that post-acquisition TastyKhana will remain an independent brand, however, now it has change its decision.

Recently, TastyKhana has also started displaying the foodpanda logo on its homepage. Besides, there is a merger message running on the site, which says “TastyKhana will soon be merged with foodpanda”.

Shachin Bharadwaj, CEO & Founder of TastyKhana has also sent a mail to TastyKhana users, which says:

Thank you for your valuable patronage to Tastykhana. We appreciate all the support from you as Tastykhana has grown over last 8 years. In order to further improve your food ordering experience, we’ve joined hands with India’s largest food ordering portal: foodpanda.in.

On foodpanda, you can choose from 10,000+ restaurants across 100+ cities and avail exciting offers on your favourite delivery restaurants.

It has been an incredible journey for TastyKhana that wouldn’t have been possible without your loyal support. We look forward to providing even better food ordering experience, now through foodpanda.in.

I am sure you may have certain queries with regards to this transition, we have covered the most important aspects on our FAQ page, for any other questions please write to us [email protected]

Thank you once again and we look forward to the panda now delivering you lot more tastykhana.

Recently, Foodpanda.in has also acquired Indian operations of JustEat with an aim to strengthened its position in the online food space. Also, the food platform had secured $110 Mn from Rocket Internet AG. Prior to this, it had raised $60 Mn from a group of investors, including various existing investors, Falcon Edge Capital and Rocket Internet AG.

TastyKhana was started in 2007 by Shachin Bharadwaj and Sheldon D’souza. The company had raised more than $5 Mn in investment from Delivery Hero in June 2013. As per the website, it currently lists about 9,000+ restaurants on its platform. It currently has its services in cities including Ahmedabad, Bangalore, Chennai, Delhi, Hyderabad, Indore, Jaipur, Kolkata, Lucknow, Mumbai, Pune, among others.