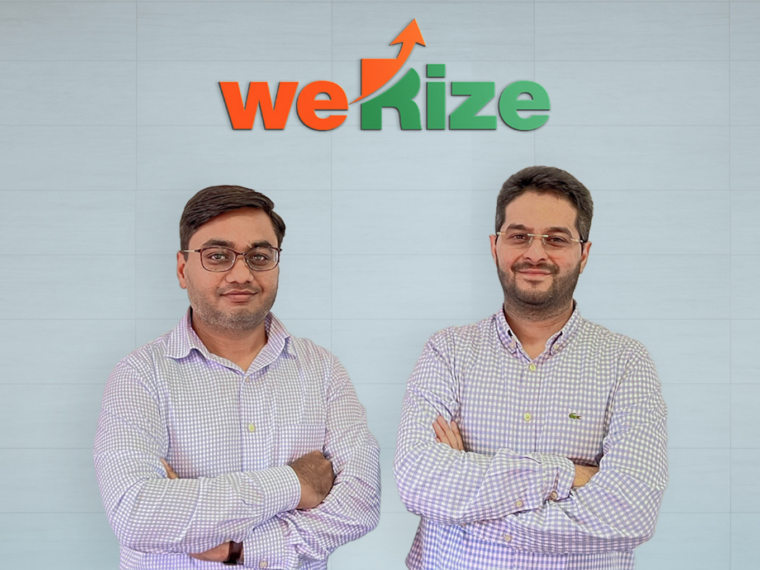 WeRize will use the fresh funds to develop its tech infrastructure, build financial products and onboard freelancers on its platform

Adding this fundraising, WeRize has raised a total of $25.75 Mn investment so far

Fintech startup WeRize has raised $15.5 Mn (INR 120 Cr) through equity financing in its Pre-Series B funding round.

The round saw participation from new investors – British International Investment, which was formerly known as CDC group, and Sony Innovation Fund along with existing investors including 3one4 Capital, Kalaari Capital, Picus Capital and Orios Venture Partners.

WeRize will use the freshly raised funds to develop its tech infrastructure, build financial products and onboard freelancers on its platform. It will further deploy funds to offer financial services to underserved customers in over 4000 cities of India.

According to the startup, adding this funding, WeRize has raised a total of $25.75 Mn investment so far..

Commenting on the funding round, Vishal Chopra and Himanshu Gupta, cofounders of WeRize said, “Our unique full-stack approach where we manufacture as well as socially distribute financial services for underserved customers has helped us achieve rapid scale while maintaining solid unit economics. ”

WeRize claims to have clocked over $10 Mn annual revenue rate (ARR) and will be seeing a positive EBITDA in the next few months. It also aims to onboard 50 Lakh customers across 4000 cities by 2025.

In the lending segment, it faces competition from the likes of OfBusiness, KreditBee, Stashfin and MPOWER.

India’s digital lending sector, which is estimated to touch over $600 Bn by 2025, is in mayhem following the RBI ordering non-bank PPI fintech players to not load credit to Indian consumers.

On June 20, the RBI notified, “The PPI Master Direction only permits for these instruments to be loaded/reloaded by cash, debit to a bank account, credit and debit cards, PPIs (as permitted from time to time) and other payment instruments issued by regulated entities in India and shall be in INR only”.

Consequently, fintech players such as Jupiter, EarlySalary and KreditBee have reportedly seized customers’ transactions on their prepaid credit cards. The action was taken to comply with RBI’s new guidelines and also, prevent their partner firms from getting penalised.

Stashfin raising $270 Mn and Siply bagging $19 Mn are some of the latest fundraising activities in the sector.