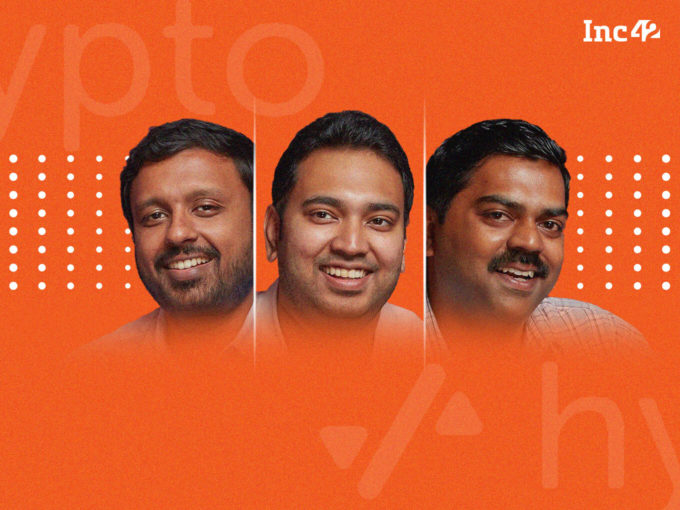 Chennai-based fintech solutions company Hypto has raised $3 Mn in a seed funding round led by Stellaris Venture Partners. 3one4 Capital and Core 91 also participated in the round along with angel investors like Amrish Rau (CEO, Pine Labs) and Jitendra Gupta (CEO, Jupiter).

Founded in 2018 by Abhishek Rajagopal, Aravind Sriraman, and Tholkappiyan Velavan, Hypto provides the backend infrastructure to other companies for building financial products into their platforms.

Hypto’s first stack that supported payments infrastructure was launched in March 2020. The startup claims to ensure ‘six nines’ (99.9999%) availability and a 99%+ success rate. The startup claims to have processed over 55 Mn transactions totalling over $15 Bn and currently works with over 10 banks and over 2,200 merchants.

The startup will utilise the raised funds to expand its technology team and build web services to support new financial use cases for technology companies.

“Think of it as lego blocks”, Abhishek Rajagopal went on to explain in an interview with Inc42. “So we could build each of these products in the form of its core, primitive components. At this point, we could either put it together and give it to the customer as one commodified product or any business could put together a combination of these ‘blocks’ and build a product for their own specific use case,” he said.

“We are essentially helping businesses assemble their products for financial use cases instead of building it up from the ground up,” he added.

For example, suppose a technology company wants to add a payment feature to its product, Hypto will leverage its connection with multiple banks and NBFCs to provide an API to integrate into their products.

The startup has also open-sourced its connectivity layer, inviting contributions from developers around the world who would want to implement access to new features and banking products from new organisations.

With its current revenue model, Hypto charges a variable fee on each transaction made using its APIs and tools.

India has one of the fastest-growing fintech markets globally, with over 2100 fintech companies operating in the country; 67% of these were set up in the last five years. The market is currently valued at $31 Bn and is expected to grow to $84 Bn by 2025, at a CAGR of 22%