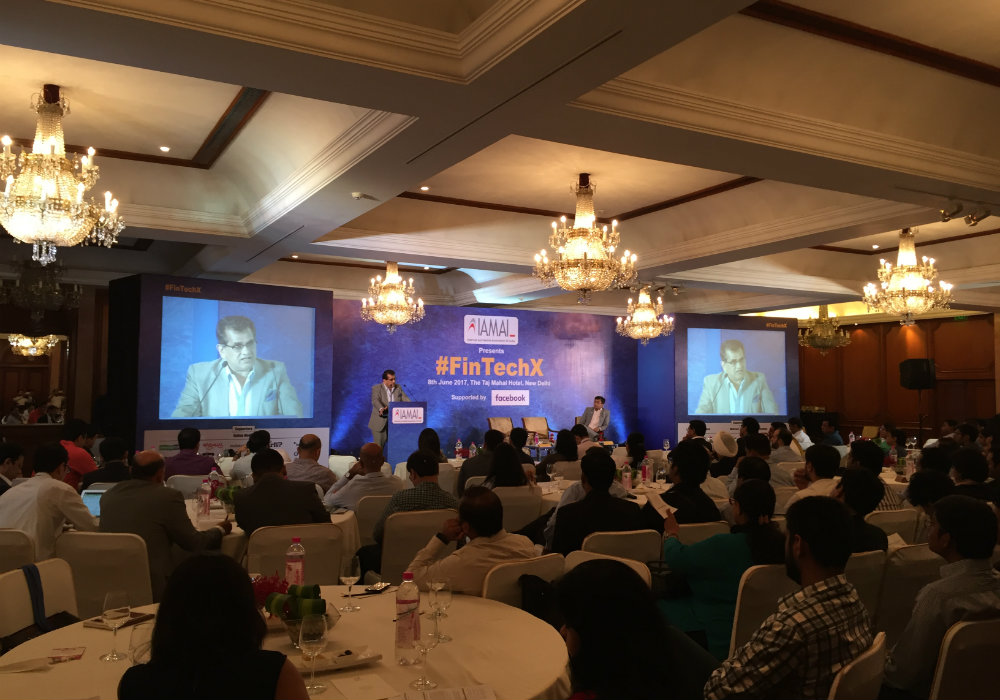 The Indian fintech market is forecasted to touch $2.4 Bn by 2020, a two-fold increase from the market size currently standing at $1.2 Bn. Post-demonetisation, India is fast racing towards becoming a digital payments economy. Speaking at the second edition of FinTechX by IAMAI, Amitabh Kant, CEO at Niti Ayog opines that physical banks may even go extinct within the next six years. He was speaking at the second edition of FinTechX. FinTechX was a day-long event.

He said, “You will see the death of physical banks because the costs (operations) will be so enormous.” He further added that: “Using smartphones, each one of us will be a walking ATM by 2020, helping people around us, who do not own a smartphone, move cash in and out of the digital economy.”

Talking about the digitisation of the economy he said, “All eKYC will be Aadhar-based soon and the spread of physical infrastructure in the next two years will be a game changer for the industry.”

From Financial Inclusion To Financial Health: A Technological Journey To Social Transformation

Established in 2004, the Internet and Mobile Association of India (IAMAI) is the only professional industry body representing the online industry in India. With a membership of nearly 300 Indian and overseas companies, the association has looked to address challenges faced by the digital and online industry – ranging from mobile content and services to online advertising and ecommerce and more.

The IAMAI is working to bridge the gap in mobile technology. As per a Google BCG report, India currently ranks number 2 in the world with over 1 Bn mobile subscriptions. Of this, approximately 240 Mn consumers use smartphones and this base is projected to increase to over 520 Mn by 2020.

The FinTechX conference organised by the IAMAI was conceptualised to bring the industry players together to discuss the innovations and dissect the implications of technologies, and the reasons behind the paradigm shift in financial services.

The Niti Aayog CEO further added, “This year, Internet will be made accessible to 150K panchayats and to another 150K panchayats in 2018.” Amitabh Kant also mentioned that Internet hotspots for tourists are also in the pipeline.

Apart from the introductory session, the event had several other sessions that delved into the state of fintech in the country. The speakers highlighted how India has adopted digital payments and the reduction data costs in the country have reduced by 50% in the last 12 months, thereby paving way for digital transactions. The monthly digital payments have increased 24X from $15 Mn in November 2016 to $359 Mn in March 2017.

The sessions also discussed the regulatory framework, and the need to take into account the concerns and needs of all relevant stakeholders. Among other things, the role of Fintech as the game changer for mobilising savings into the market was also discussed, alongside alternate lending, and emerging models based on digital data.

Speaking at the inaugural session, Dr Saurabh Garg, Joint Secretary, Department of Economic Affairs, Ministry of Finance said, “Fintech as a tool for financial inclusion is the goal. The vision is that each individual, irrespective of the phone they use- smartphone or a feature phone – should be able to make digital payments. In simple words, when people stop carrying wallets.”

Apart from this to get an insight of valuation metrics of Fintech a panel of investors was also conducted to identify the investment opportunities in the fintech sector and the key metrics that are at play to make investors gravitate towards fintech. Abhijit Sen, Partner, Deloitte carried on the discussion with panellists including Nilesh Shrivastava, Manager-Financial Institutions Portfolio-South Asia, IFC-World Bank Group; TCM Sundaram, Founder & MD, IDG Ventures India Advisors; Bejul Somaia, Managing Director, Lightspeed Ventures; and Rahul Khanna, Founder, Trifecta Capital.

Talking about the digital transformation Mrityunjay Mohapatra, Deputy MD & CIO at State Bank of India and Chairman of Fintech committee of IAMAI said, “The Aadhar design principle is based on micro-services and in this case we have a first mover advantage over other countries. There are hardly any countries in the world which have a stack like India stack. If we can develop an ecosystem around APIs of identification, it will be of great potential.”

Earlier this month, the IAMAI announced its plans to set up a mobile app incubator IAMAI Mobile10X in Kozhikode and Gurugram. In May 2017, IAMAI underwent changes at the top managerial level. Vice President, Southeast Asia and India, Google, Rajan Anandan, was appointed as the new Chairman of IAMAI. He took over from Kunal Shah, co-founder and CEO of Freecharge. Also, Deep Kalra, Chairman and Group CEO  of MakeMyTrip took over as the Vice Chairman of IAMAI.