Currently, Fino PayTech’s shares in the unlisted market are trading at INR 415, up from around INR 365 last week

With SEBI’s nod on the IPO, market experts believe that the IPO is likely to hit the market by the end of 2021 or early 2022

The company is looking to raise INR 1,300 Cr via IPO and will be using the net proceeds from the fresh issue towards technology and digital initiatives 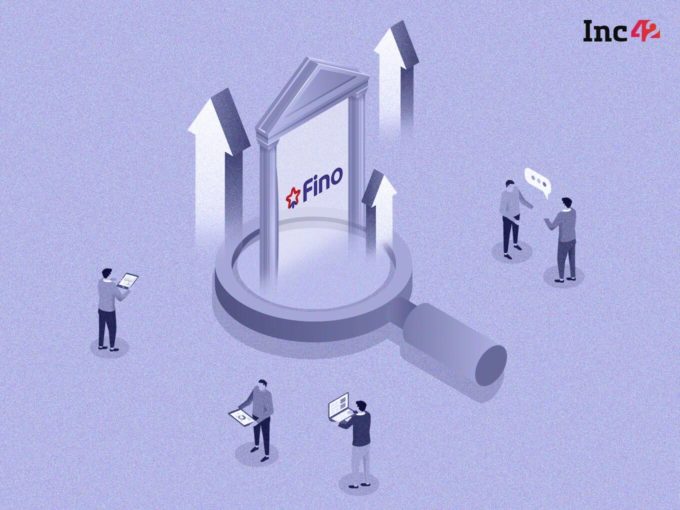 The price of unlisted shares of Fino PayTech, the parent company of Fino Payments Bank have seen a 14% jump after it received market regulator SEBI’s approval for its INR 1,300 Cr initial public offering (IPO).

Currently, Fino PayTech’s shares in the unlisted market are trading at INR 415, up from around INR 365 last week.

Speaking to Inc42, Sandeep Ginodia, CEO of Altius Investech, said that shares of the fintech startup are being actively traded and post the approval of its Draft Red Herring Prospectus (DRHP) by the Securities and Exchange Board of India (SEBI) they have shot up by around INR 40 per script.

The increase in share price comes after they plateaued last month, following a high of INR 420-425 per share in August.

“The IPO approval has boosted the investor sentiments. Further the shareholders have also received the additional shares out of the rights issue made by the company in September,” said Manan Doshi, co-founder of Unlisted Arena. The rights issue was made at INR 252 per share.

Doshi is of the view that apart from its profitability, compared to its bigger contemporaries, the wider reach of the payments bank in the country also is a positive for the market sentiments.

As the capital market regulator has approved, market experts believe that the IPO is likely to hit the market by the end of 2021 or early 2022.

The Mumbai-based fintech startup filed preliminary IPO papers with SEBI in the last week of July and obtained its observations on October 1.

According to the draft red herring prospectus (DRHP), it will utilise the net proceeds from the fresh issue towards technology and digital initiatives.

Fino turned operationally profitable in the fourth quarter of FY20 and has remained profitable since. In FY21, it reported a profit of INR 20.4 Cr. However, on a consolidated basis, it is yet to turn profitable as it has been carrying forward losses from its initial days.

Payments banks have been around in the Indian market for years, but only in recent times have they become more relevant stakeholders in the fintech ecosystem.

In April, the Reserve Bank Of India announced that payments banks will be allowed to enhance the limit of maximum balance at the end of the day from INR 1 lakh to INR 2 lakh per individual customer, giving a much-needed boost to the sector players.

As the IPO rush among Indian startups steam up, other fintech peers like Paytm, PolicyBazaar and MobiKwik are also in the fray hoping to get publicly listed and have also filed their DRHP.