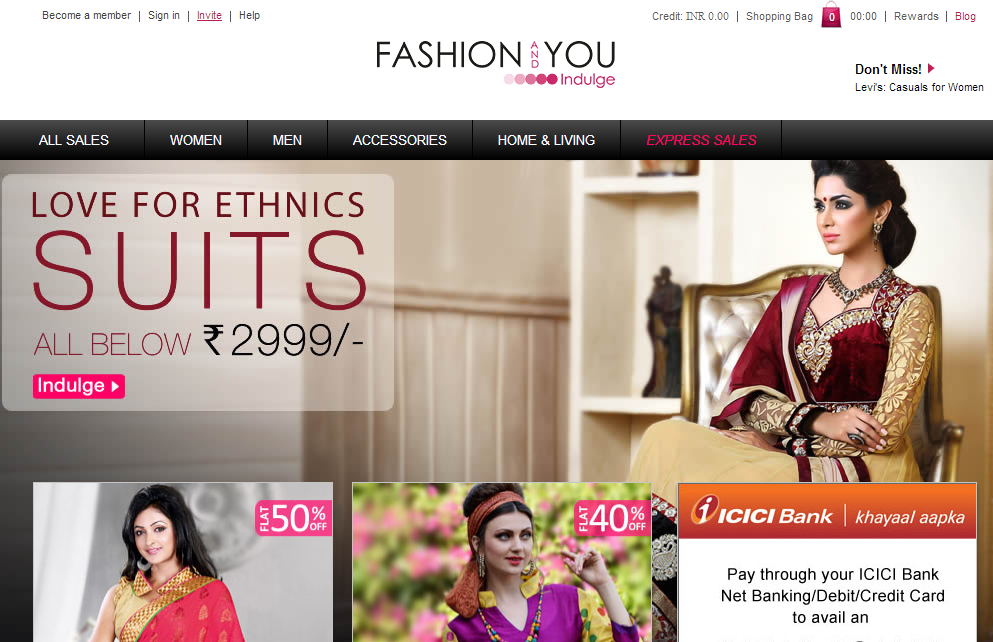 Update: Fashionandyou has announced USD 10 Mn funding round led by new and existing investors. Sequoia Capital, Smile Group, Norwest Venture Partners, Intel Capital and Nokia Growth Partners are believed to have participated in this round.

FashionAndYou’s CEO, Aasheesh Mediratta said, “We have overcome a challenging phase in the last one year and streamlined operations resulting in a lean and efficient organisation. The new funds will help strengthen the technology behind our inventory light business model, acquire more customers to bolster our flash sale dominance and build a more cohesive brand.”

Smile Group’s fashion ecommerce venture Fashionandyou has raised Series D round of funding led by Chinese discount retailer Vipshop and its existing investors Norwest Venture Partners and Intel Capital, states the latest reports. Though there has been confirmation about the funding by the company.

Since  its  inception,  fashionandyou.com  has  grown  at  a  remarkable  pace  with  almost  5.5 million members and growing in its 4 years of operation. It delivers to over 10000 pin codes pan India and distribution centers in north and west India. The goal of the campaign is to highlight the fact that fashionandyou.com has over 15 new sales every day, enabling their customers to choose from a large variety of fashion and lifestyle products at up to 80% off.

Fashion segment appears to be the hottest segment in ecommerce in India, this year we have already seen players like Jabong, Myntra raising funding and Flipkart acquiring Myntra to strengthen its fashion and lifestyle segment. Recently, Amazon India has also entered the fashion segment, thus posing a tough competition for the ecommerce players in this segment.

Fashionandyou, which had lost its position in past years due to the competition from the other players in the market let’s see how this funding round helps the e-retailer to gain its position back.