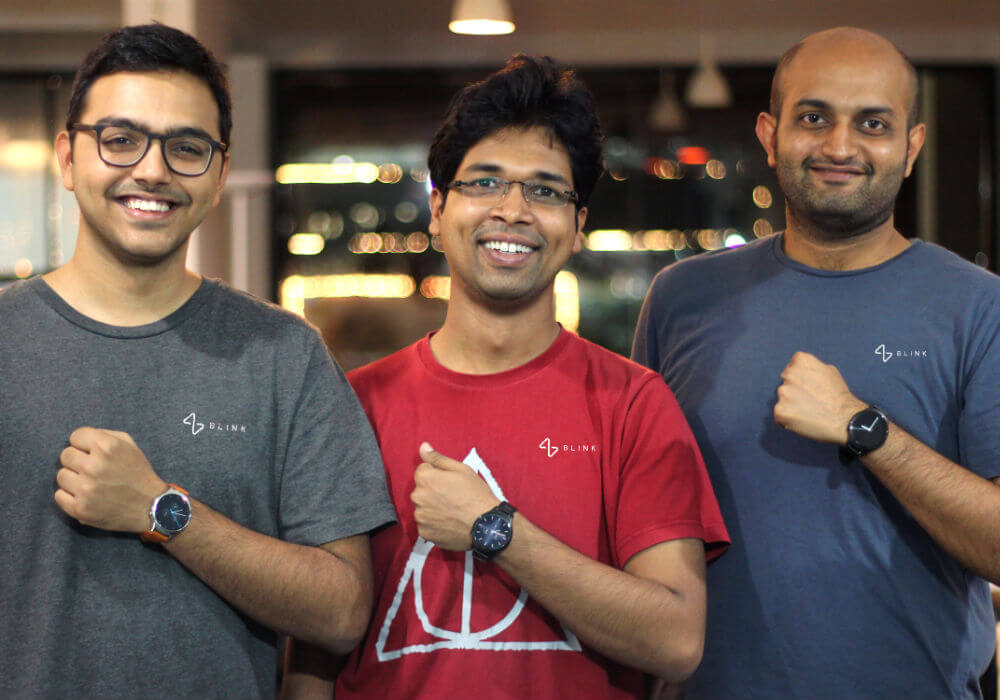 Fashion ecommerce mogul Myntra has announced that it has acquired Witworks, a Bengaluru based technology startup, focussed on producing smart wearable devices and their underlying software.

As Jeyandran Venugopal, Chief Technology Officer, Myntra, said, “Wearables is currently a $46 Mn (INR 300 Cr) industry in India and is growing rapidly, with online contributing 60% to the total business. This acquisition will help us to solidify our position in this segment and enable us to develop and launch cutting-edge wearable products like smart shoes, connected smart watches and interactive or intelligent clothing with biosensors.”

Synergy Between Myntra And Witworks

Founded in 2014 by Somnath Meher, Ankit DP and Chandrashekhar Iyer, Witworks Consumer Technologies launched its flagship wearable device, the Blink Watch in 2016, which operates on their voice-based platform, Marvin OS.

The platform integrates a host of native and third-party services capable of innovative voice and visual interactions, designed specifically for wearable devices. It also has a range of audio and fitness wearable devices, under the same brand.

This acquisition will enable Myntra to develop wearable products for their in-house brands as well as leverage the technology to drive innovation and enhance consumer engagement in the future.

Myntra is partnering with over 2,000 brands and the acquisition comes in light of many such strategic moves it has made so far since the beginning of the year.

In the midst of recent developments by Myntra, the online fashion retailer is aiming to switch its focus towards sales growth rather than turning profitable. This was revealed in a recent interview by Livemint with Chief Executive Ananth Narayanan.

Further, while walking on its innovation and branding line, it has started offering EMI payments on its platform starting from $0.78 (INR 51) a month on the purchase of clothes.

Last year, it was involved in a series of strategic partnerships and it had also developed its expansion plans by way of developing several innovative measures.

Here are some of them:

Reliance Industries announced its partnership with the fashion ecommerce giant. With this partnership, Myntra has been able to co-brand its denim collection from its private label Mast & Harbour with the flagship product of Reliance, RElan FeelFresh.

In line with its O2O strategy (Online-To-Offline) Myntra has been considering to launch its own multi-brand offline stores where customers can see all the all the private labels that are available on its online platform.

Following this planning, in March 2017, Myntra had launched its first offline store in Bengaluru for ‘Roadster’.  Post launching the offline store, it is now setting up the stage to open offline beauty and wellness stores as well.

Not just offline stores and widening its online presence, but in a bid to strengthen its presence in the Indian fashion ecommerce segment, Myntra is betting on its network of neighbourhood stores to bolster its last-mile deliveries. The fashion portal has been aggressively scaling its network of kirana stores under the MENSA Network programme.

Considering the fact that the ecommerce fashion giant started off the year with some positive strategic moves which included planning to acquire a 5% minority stake in Bengaluru-based outdoor gear and sports apparel company Wildcraft, it is aiming to achieve a 200% YoY growth for 2018-19. With all these moves, it will worth a watch to see how the rest of the year unfolds for Myntra.