With This, The Logistics Management Company Is Looking To Expand Operations To Europe And The US 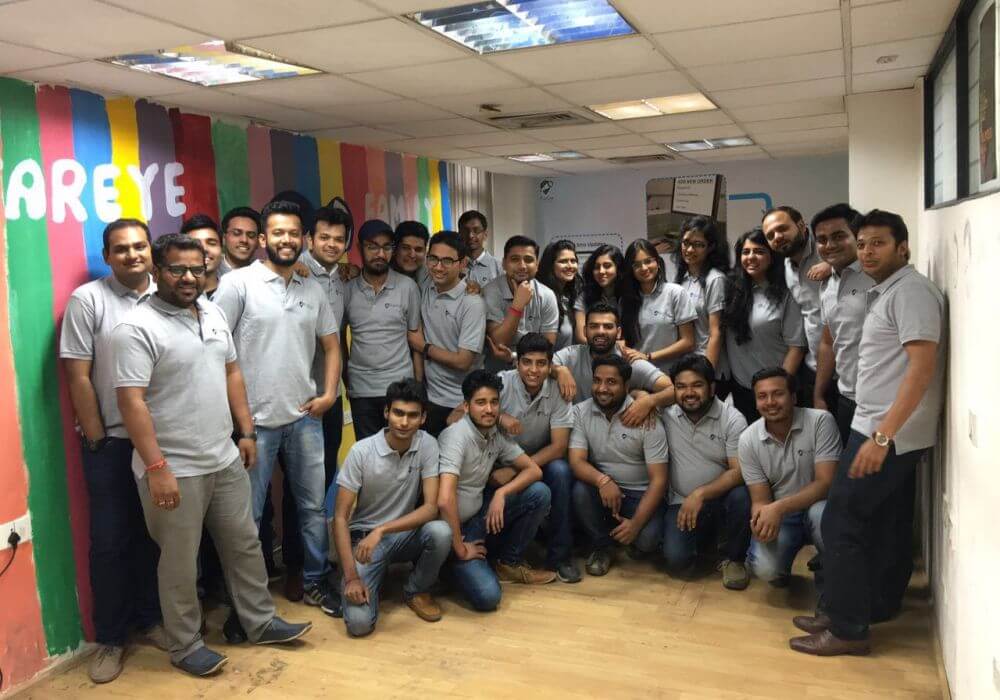 New Delhi-based logistics management startup FarEye has picked up $9.5 Mn (INR 61.5 Cr) in Series C funding from Deutsche Post DHL Group. As per its regulatory filings, the strategic investment was made against the allocation of 73,632 Series C shares to Singapore-based 23i.

The transaction was led by Dietmar Nienstedt, SVP and Global Head of M&A at DHL.

According to sources close to the development, the newly-secured financing from Deutsche Post DHL Group will be utilised to expand the logistics management platform’s presence across Europe and the US later this year.

The development comes just a week after Pune-headquartered logistics startup XpressBees secured $35 Mn (INR 224 Cr) funding from Alibaba. As part of the deal, which has been in the making for quite some time now, Xpressbees issued 70, 653 Series D preference shares to the Chinese ecommerce behemoth.

FarEye Aiming For A Global Presence

Started in 2013 by Kushal Nahata, Gaurav Srivastava and Gautam Kumar, FarEye is a SaaS mobility platform that was launched with an aim to solve the complicated last mile delivery issues on a mobile platform.

As per the official website, FarEye handles more than 500 Mn shipments annually and has helped in increasing the first-time attempts by 25%, thus reducing fuel expenses by 28% and increasing the customer visits by 66%.

Among its clients are Ecom Express, Gojavas, Holisol, DTDC, Blue Dart, Safexpress, Bajaj Capital, Hitachi, etc. Globally, FarEye has been optimising and automating logistics operations for companies like Zalora, ACommerce, Sephora and MarkaVIP in Southeast Asia and the Middle East, among other places.

Speaking on the company’s future plans, FarEye co-founder and CEO Kushal Nahata said recently, “We plan to expand our solutions to manufacturers to get visibility on their consignments. There is a lot of demand for visibility by a shipper working with third-party logistics and I think our solution would help them do the same.”

Prior to the latest investment from Deutsche Post DHL Group, the logistics software company raised $3.5 Mn (INR 20 Cr) Series A funding from SAIF Partners in June 2016.

At the time, it was reported that the capital was going to be used for the expansion of the startup’s business to other territories within the country and overseas. Back then, the founders also claimed that the raised capital would be spent on integrating IoT platforms and drones to enable automated delivery.

Nahata had told Inc42 in an earlier interaction, “We are a profitable B2B startup and believe in organic growth. Our vision is to create a global technology company which stays for decades. We are here to streamline logistics in all the industry verticals. We are in the path of revolutionizing the entire delivery mechanism by creating the largest virtual network of delivery workforce across regions.”

Logistics: The New Gamechanger In The Indian Startup Ecosystem

As per a June 2016 report by World Bank, India has jumped 19 places in the Global Logistics Performance Index, from 54 in 2014 to 35 in 2016. Recently, in November 2017, the Indian government also gave Infrastructure status to logistics, clubbing it with transport which means that in near future Indian startups can sell their goods in global markets at much better competitive prices.

As per Inc42 Datalabs funding report for H1 2017, in terms of the amount being invested, transport and logistics took the third and fourth spots, respectively, with $528 Mn and $271 Mn in funding. In total, the logistics startups received over $271 Mn funding across 18 deals in H1 2017.

As stated by Kishore Biyani in a media statement, Future Group will now utilise Vulcan Express to boost its last mile capabilities and also offer state-of-the-art solutions to its ecommerce and retail clients.

Competing against a bevy of players, how successful Deutsche Post DHL Group and SAIF Partners-backed FarEye is in gaining a stronghold of the burgeoning logistics market will be interesting to watch.