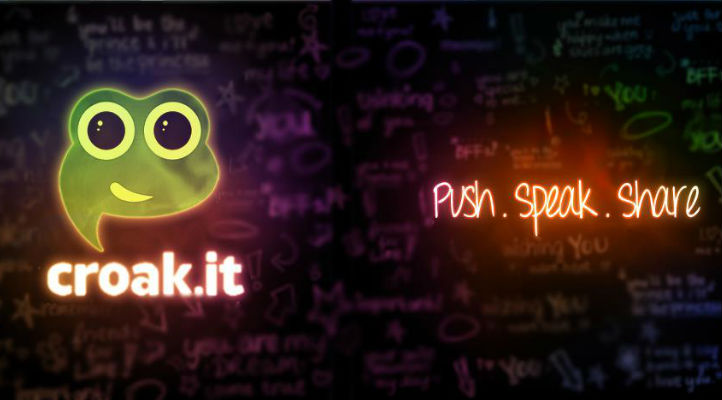 Cloud telephony company, Exotel is acquiring Singapore-based voice sharing social media startup Croak.it!, making it first acquisition ever done by the Bangalore-based company. The terms of the deal has been left undisclosed for now.

Founded in 2012 by IIT Kharagpur alumni Protik Roychowdhury and Srinivasa Teja, Croak.it is a modern generation sound sharing app which follows the concept of social media platform like Instagram which allows users to share their instant pics, the only difference being it allows users to share their voice messages in clips of upto 30 seconds. It also has several intriguing features which allow users to mix several clips and create a new sound.

Related: Inc42 Gets Candid With The IIT-KGP Startup, Croak.It

“A person’s voice is unique and personal. The idea when we started Croak.it was to provide easily accessible voice solutions to consumers, enabling them to express themselves better,“ said Roychowdhury .

The app already has over a million recordings and 2 lakh downloads on the iOS store.

According to Exotel, it is aiming to reach a revenue of about INR 185 Cr. in the next two years.

Exotel chief executive Shivakumar Ganesan said, “There was a good overlap in the nature of the problem we were solving. Voice will continue to remain at the centre of most business communications.”

As a part of the deal, Roychowdhury and Teja will now join Exotel.

Exotel was launched in 2011, and had raised series A funding of INR 2.5 Cr. from Mumbai Angels and Blume Ventures in 2012.

Also Read: We Are Not Shutting Down, Says Exotel; Hits Back At Knowlarity