Xplorabox has raised an undisclosed amount in a Seed funding round

The startup mainly focuses on children aged between two and eight 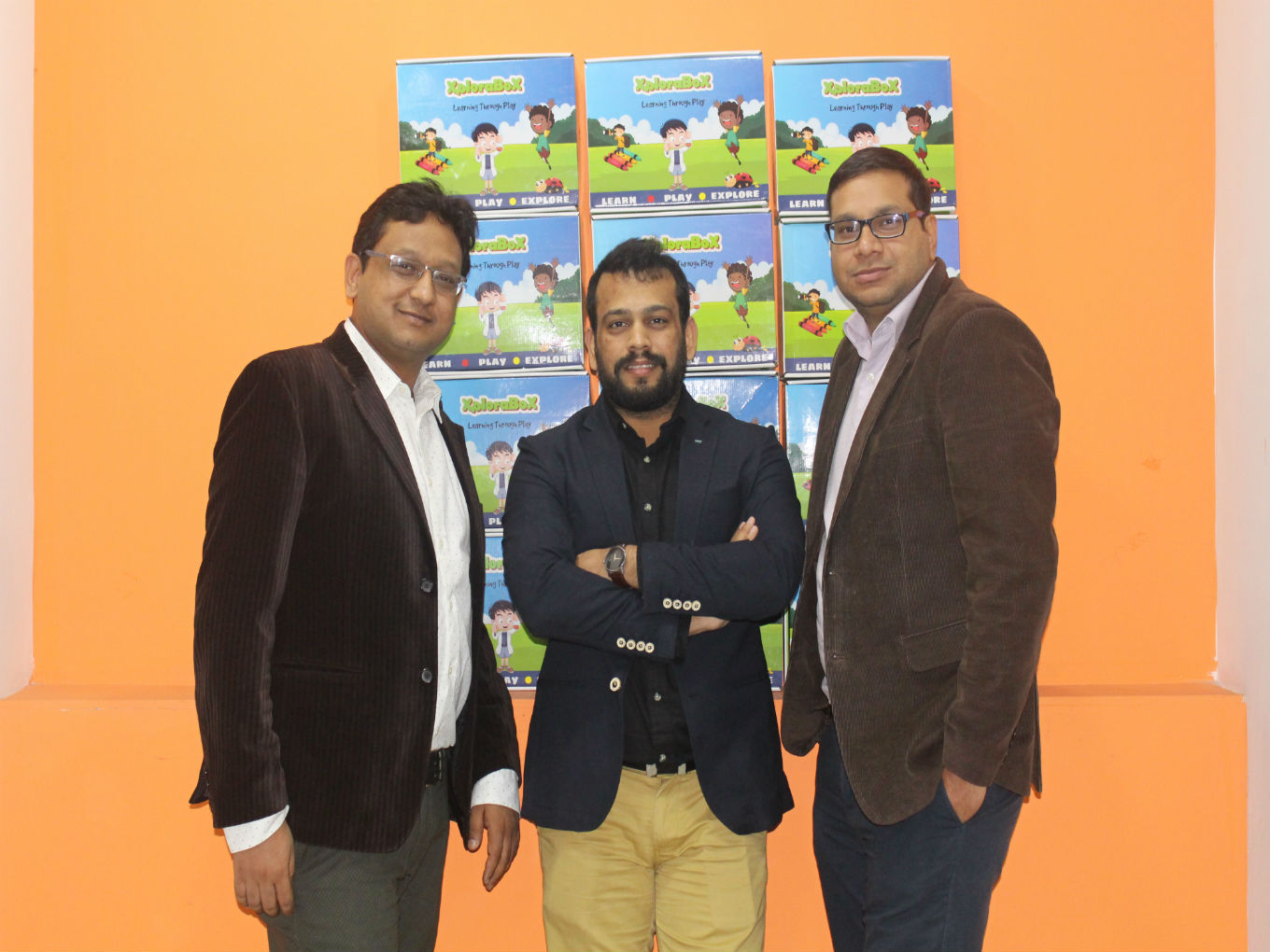 New Delhi-based Imagismart Solutions, which runs an educational subscription activity box for children under the brand name Xplorabox, has raised an undisclosed amount in a Seed funding round, shared co-founder Rishi Das in a recent exclusive interaction with Inc42.

Xplorabox was founded in August 2015 by husband-wife duo Rishi and Shweta Das, along with two other co-founders — Dhirendra Meena and Rishabh Gupta. Dhirendra and Rishabh, who were batch mates during their engineering days, joined the startup a few months after the inception of the idea.

Xplorabox is as an educational subscription ecommerce startup designed to engage children in activity-based learning programmes. It focuses mainly on children aged between two and eight, and aims to promote ‘Learning Through Fun’ with its innovative products, fun stories, and educational activities each of their boxes.

The company aims to provide the children an opportunity to engage in offline games and healthy activities which will help the parents reduce their children’s screen time.

According to the company, Xplorabox is a monthly subscription-based activity box for kids containing skill-enhancing offline activities and games, which help in developing motor, cognitive, and social skills in children. The children receive a theme-based box every month packed with some exciting projects, games, DIY activities and a storybook.

The startup plans to use the funds to expand its services, including the launch of products to cater to higher age categories, diversifying into curriculum-mapped products, and tapping the overseas markets of North America and the Gulf Cooperation Council (GCC).

Xplorabox also aims to add more than 500K new customers and is targeting an annualised revenue rate of $6.95 Mn (INR 50 Cr) in the next two years.

Xplorabox: Scripting A New Chapter In A Crowded Industry

Educational subscription activity box is not a new concept in India. There are several companies, including notable names such as Flintobox, Magic Crate, Podsquad, Butterfly Fields, Genius Box, and Einstein Box, operating in this space.

Recently, in July 2018, Bengaluru-based education startup Magic Crate raised an undisclosed amount in its third round of funding from FireSide Ventures and 3one4 Capital. Prior to that, Chennai-based Flintobox raked in $7 Mn in a Series A funding round led by early-stage venture capital firm Lightbox in December 2017.

Xplorabox is a similar educational subscription box. However, according to Rishi Das, the startup’s USP is that it backs its educational fun learning activities with customer feedback, high-quality products, and research. This approach helps the startup gain loyal customers and gives them a perspective on the challenges being faced by young parents and children in learning.

“We produces these activity boxes after in-depth research, consultations with child psychologists and scientific analysis of each and every activity. With a focus on the ‘fun’ bit of learning, the boxes enable children to learn scientific concepts and also fortifies the 13 essential developmental skills,” said Rishi.

Currently, Xplorabox boxes are shipped to thousands of customers every month all over India. The startup claims to have serviced more than 600 cities across all 29 states and seven Union territories of the country.

For Rishi And Shweta Das, Their Children Were The Inspiration

According to Rishi, the concept of starting a fun learning-based company came from a personal experience. The couple, who have two children, were disappointed about their addiction to technology, who were becoming pro-gamers online at the cost of studies.

Rishi and Shweta were searching for some fun learning activities to wean their kids away from their gaming screens but were unsuccessful. In order to make a constructive difference in their children’s lives and introduce them to offline learning-based activities, they laid down the foundation of Xplorabox.

The major turning point in their journey was when they managed to get Dhirendra and Rishabh on board.

Dhirendra, who has a young daughter himself, could immediately connect with the idea. His experience in technology and ecommerce put him in a good place to set up the technological backbone of Xplorabox. On the other hand, Rishab’s business and marketing skills helped him firmly establish the platform as one of the most sought-after brands in the early education industry.

As Nilesh Jain, the head of Metaform Ventures, shared with Inc42, “The main motive behind supporting the company would be because the platform enables more offline interaction between both the parent and child. He believes that the space is going to grow massively as parents always crave for their kids to be creative and these initiatives will give rise to more dinnertime conversations.

Xplorabox, which has a team of 20 people, has brought some experts and teachers on board who come up with various concepts and activities apt for different ages. Then the ideas are pitched to the board members and, once approved, a team of designers starts working on the product.

After a product design is complete, raw materials are purchased and then outsourced to different parties for manufacturing the product. Following this, everything is assembled and packed at an in-house packing facility before being shipped through various courier companies all over India.

Xplorabox has also launched an app called Xplorasmart, targeted towards parents. The startup designs and uploads various educational worksheets and activities which can be printed out by parents and given to their children.

Making Space For Fun Learning In A World Ruled By Toys

For the Xplorabox founders, one of the major challenges in the initial years was to make people understand that it is an educational activity box company and not a toy company. “We were targeting children between two to eight years, who are young and demanding at the same time,” said Rishi.

The subscription-based activity box sector for young children offers a huge untapped opportunity to startups such as Xplorabox with parents looking for ways to engage their children in fun yet challenging learning activities rather than simple toys.

While the founders have been able to crack the market code here and have acquired a decent number of customers, they still feel there lies a missing piece — trust in the subscription box concept.

“The concept is relatively new in the country as compared to the west. People are concerned about what exactly they will get in the box and what kind of learning will their child imbibe from the activities. Even at present, we face challenges in educating consumers about the importance and need of activity boxes,” said Rishi.

Also, making the subscription-based model work remains a challenge. In a price-conscious market like India, it is difficult to get large numbers of people to pay upfront for a six-month or annual subscription for fun learning activity boxes.

The good news is that in this increasingly technology-driven world, where people are addicted to their smartphones and tablets, parents are increasingly realising the importance of offline learning and interaction and trying to introduce their children to healthier physical and educational activities.

And with the right marketing in India and its move to tap into international markets, Xplorabox can script its own success while bringing real-life fun and learning back to the lives of children.