CredR has raised INR 7.35 Cr each from Eight Roads and ON Mauritius

In 2015, Eight Roads invested INR 109 Cr in the Series A funding round for CredR

Founded in 2014 by Nikhil Jain, Nittin Mittal and Sumit Chhazed, CredR is a marketplace for second-hand bikes and scooters 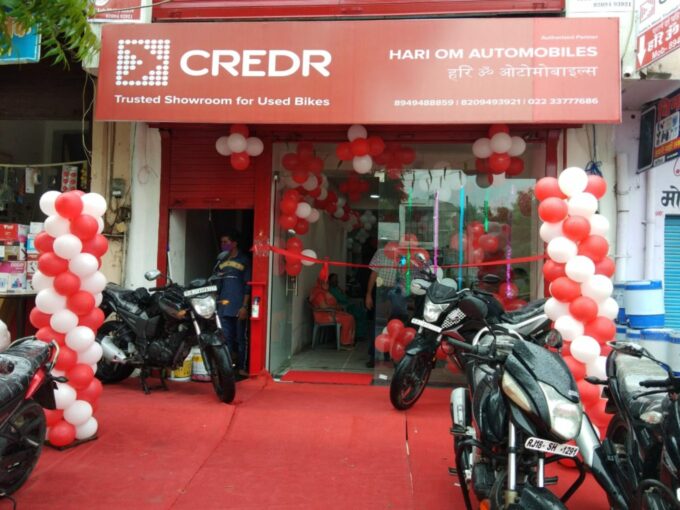 According to filings with the Ministry of Corporate Affairs (MCA) accessed by Inc42, the company has allotted 20,083 Series A5 Compulsorily Convertible Preference Shares (CCPS), at a face value of INR 10 per share and a premium amount of INR 3,650 per share, to Eight Roads Investments Mauritius II Limited, aggregating to a total amount of INR 7.35 Cr. The same number of shares have been allotted to ON Mauritius.

Eight Roads Investments is run by Eight Roads Ventures, a London-based venture capital firm and a previous investor in CredR. In 2015, Eight Roads invested $15 Mn (INR 109 Cr) in the Series A funding round for CredR.

Founded in 2014 by Nikhil Jain, Nittin Mittal and Sumit Chhazed, CredR is a marketplace for second-hand bikes and scooters. The company focuses on creating a niche solution in the used bikes segment, which is highly unorganised and fragmented, through a mix of offline and online approach.

Customers planning to buy used bikes can either select them on the CredR website and then complete the transaction by purchasing them from the company’s nearest showroom, or walk into these showrooms and buy the vehicles without using the website.

CredR, which has a chain of over 50 franchisee showrooms, also provides a formalised platform to over 10K auto original equipment manufacturer stores and used motorcycles dealers. Using its proprietary technology and full-stack vertically integrated business model, CredR claims to be working to improve the overall customer experience.

The company’s last funding round was a debt financing round by Stride Ventures in April this year. In December last year, Inc42 reported that the company had raised $6 Mn (INR 38 Cr) from an investment round led by Omidyar Network. Existing investors Eight Roads Ventures, GrowthStory and AngelList had also participated in the funding round for the ecommerce player.

While the used bike segment is growing rapidly, it remains plagued by problems like poor customer experience, suspect motorcycle quality, lack of standard pricing and non-existent post-sales services creating a massive trust deficit in the minds of the customers.

However, players like Droom, BikeDekho, Olx, among others, providing post-sales services, finance options, and additional support services, have brought the trust among the mindset of Indian users for going with used bikes.

According to a Statista report, bike sales in India reached an all-time high in 2019, selling around 21 Mn units. This figure is almost double the 2011 sales when just 11.77 Mn bikes were sold in the country.