Exclusive: The Culling At OYO Has Just Begun; Over 3000 Employees Laid Off So Far

Exclusive: The Culling At OYO Has Just Begun; Over 3000 Employees Laid Off So Far 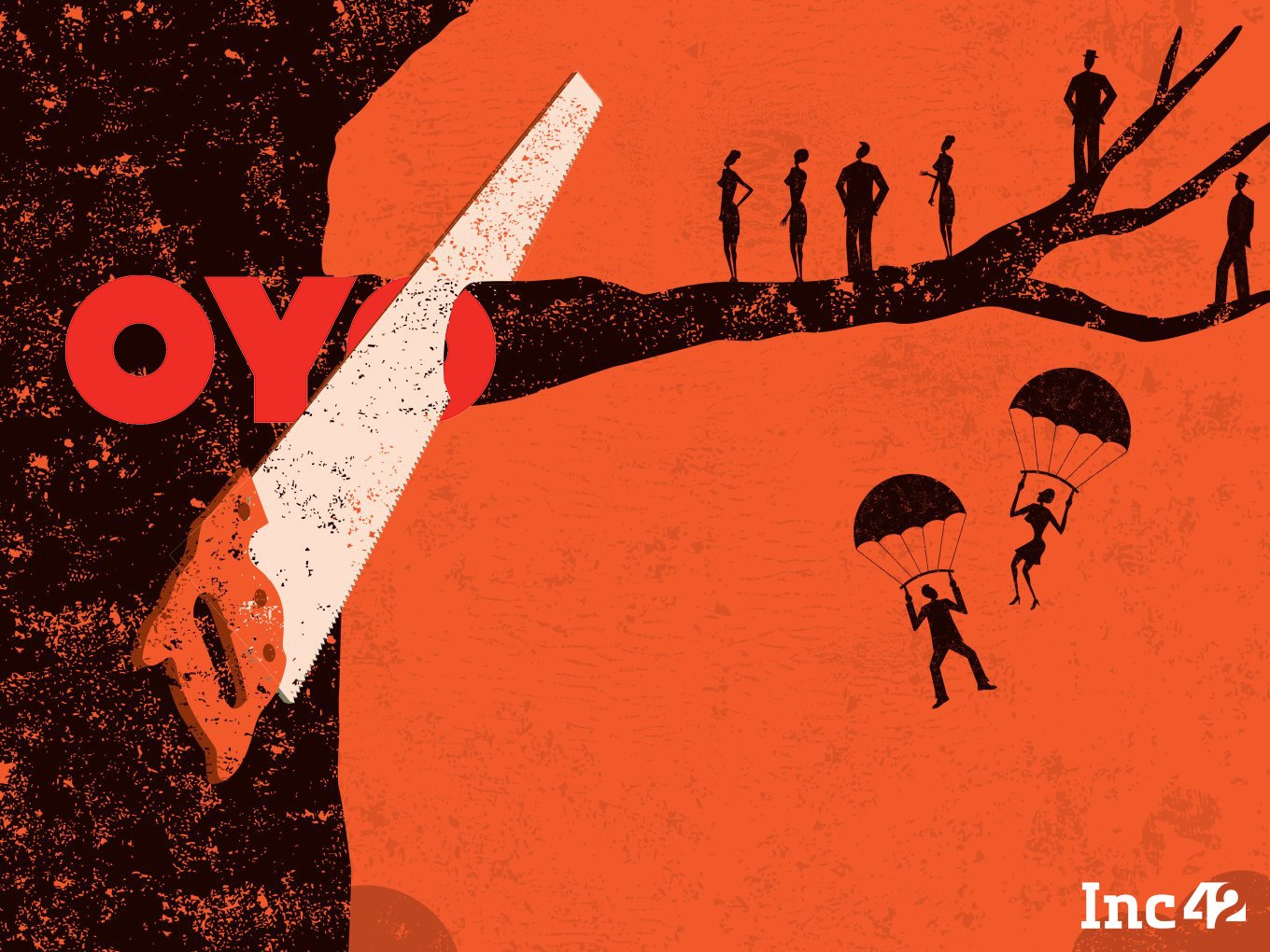 Despite OYO’s denial, sources close to the company confirmed another round of layoffs further impacting up to 3K employees

After reports about OYO laying off over 1,200 employees across India surfaced earlier this week, the conversation globally — on social media, internal messaging platforms and startup forums — has been around the company’s rise to prominence and the current turmoil. While the company’s layoffs are expected to be completed in the next few weeks, hundreds of employees have already been asked to leave this week.

After news broke earlier this week about the layoffs, OYO confirmed that 1,200 employees were laid off from its total workforce of 12,000 employees in India. Reports since then have speculated that the number of impacted employees is 2,400.

However, multiple sources close to the development told Inc42 that over 3,000 employees have been impacted in the current round, with more to follow in the next few months.

In North India alone, over 1,000 employees have been let go in the most recent layoffs this week, according to sources in the company’s HQ in Gurugram. “The actual number is way more than 1,200 or 2,400. If 1,000 employees were fired in North India alone, how can the total be just 1,200?”, a source in OYO’s Gurugram office told Inc42 questioning OYO’s earlier statements about the number of employees impacted.

Sources told us that OYO offices in Chandigarh, Dehradun, Gurugram, Jaipur, Himachal Pradesh and Delhi saw major layoffs. We were also told that nearly 200 employees per location have been let go across offices in India.

Sources in the company’s Bengaluru office told a morbid tale of layoffs in southern India. As per them, in Karnataka, all employees outside Bengaluru and Mysuru have been let go, with major layoffs in those two cities as well. Of the two regions in Tamil Nadu — Chennai and Rest of Tamil Nadu — every employee in the latter region was let go.

When contacted for a response, OYO declined to reveal the full extent of the impact, the number of employees laid off per location, and other details about which regions were most impacted, but denied future layoffs.

“We categorically deny this [future layoffs]. There will be no further rightsizing in March 2020, resulting in any further exits. We hope to complete the exercise (confirmed on Jan 13, 2020) in the next few days.” a spokesperson told Inc42.

The company declined to share any further details before the process is completed in the next few days.

The impacted employees were asked to take a severance package and end their association with the company or move to different departments.

An employee from the Bengaluru office, who was forced to step down on Thursday (January 16), told Inc42 that the company offered some employees a chance to transition into newer roles. But the feeling is that this is just a stop-gap solution and not a real transition.

“It’s just their way of showing that they care, but the reality is that going into a new role is just another way for employees to be removed for bad performance.”

Sources were very clear that the performance of employees has not been taken into account in these layoffs. Even high-performing employees — including those who have been recognised internally as such — have been asked to leave. “The layoffs are across the board. VPs, project leads and high-level managers have also been told to leave,” said one source in Gurugram.

Perhaps the most worrying aspect about this is that no one except the top management is privy to the affected divisions or employees. OYO is not intimating employees on email about their termination and is instead asking employees to sign hard copies of documents to stop information from leaking out.

Major Reorganisation, Low Morale: Can OYO Ride Out The Storm?

The morale within the company hit rock-bottom in the last few months of 2019. The constant reports about OYO’s troubles with financials, with hotel partners, customer complaints and, of course, the major reorganisation towards the end of the year, that saw Rohit Kapoor take over as CEO, replacing Aditya Ghosh, had taken a toll on the image of OYO. Sources say that it was more than just a management shuffle. Inc42 couldn’t confirm the reason behind the sudden transition of Ghosh from day-to-day operations.

While Ghosh has been given a seat on the board since then, the general feeling is that it’s nothing but an honorary position.

The boardroom politics might have been put into motion by disagreements in management style, but the real impact of that restructuring is playing out now. The question now is will OYO continue to cull the herd, or whether this is enough of a restructuring.

“We are committed to building a sustainable business model following our core values. Therefore, in 2020 we will be focusing on profitable locations and buildings and avoid growth that dilutes our margins. This will help in increasing efficiency while focusing on core businesses and rationalising growth avenues,” the company told Inc42 about its sustainability efforts.

As for the mood in the OYO ranks, our sources say that most employees are shell-shocked as the company’s decision hasn’t sunk in yet. Internally, OYO employees use WhatsApp for all work communication and the updates over the past week have largely been about people leaving these groups en masse. Communication has come to a standstill as managers are not sure about their own status as employees.

“My reporting manager has not contacted me, even though we used to communicate every day about our tasks and the planning for the day. I don’t even know if he has his job,” said a source in Bengaluru, after resigning from his position this week.

[With Inputs From Bhumika Khatri]