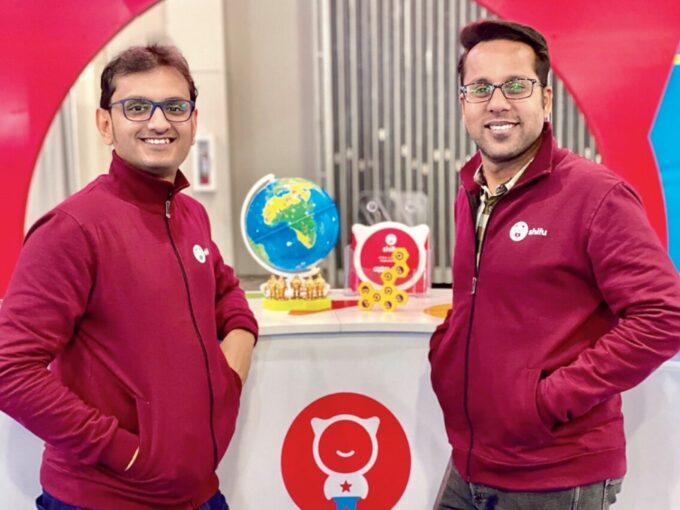 Of this, the company has raised INR 25 Cr ($3.3 Mn) in preference share, and INR 8 Cr (nearly $1 Mn) from Trifecta Ventures Debt Fund II in Series A funding round.

According to the ministry of corporate affairs filing accessed by Inc42, Playshifu’s parent company Mobilizar Technologies Pvt. Ltd. will allocate 49,526 Series A1 Preference Share at a price of INR 5,284 per share with a face value of INR 100 and a premium of INR 5,184 to seven allottees leading up to INR 25,05,00,707.

Playshifu will also be issuing 80 Series A debentures to Trifecta, at the face value of INR 10 Lakh per debenture, worth INR 8 Cr ($1 Mn). The filings said the company will use the funds to meet the operational needs of the business.

Founded in 2016 by Dinesh Advani and Vivek Goyal, Playshifu creates AR experiences as educational toys. The company’s flagship product Shifu Orboot, is an AR-based globe that promises an adventure around the world. The company claims that it is used by over 500K kids across the world.

Commenting on the latest funding in an exclusive interaction with Inc42, Vivek Goyal, cofounder and CEO of Playshifu, said that the company had noted almost 400% jump or 4x in the last three months of operations due to the Covid-19 pandemic and the resultant lockdown.

“With this the company’s inventory went haywire and it had to scale up production. We started stocking out in early March, but then we rammed out production plans. You know, make sure that we can capitalise on this opportunity and that’s how we accelerated some of our working capital needs and everything. So, this raise that we have done is a part of our efforts to capitalise on this demand upswing,” Goyal elaborated.

Prior to this, Playshifu had raised $7 Mn in Series A to expand its retail presence from 15 countries to over 30 countries in 2020 and beyond. Vivek Goyal, founder and CEO of Playshifu told Inc42 that the company managed to enter four new locations — UAE, France, Germany and Australia — taking its market expansion to 18-19 countries.

However, the pandemic made the company refocus its effort and dig deeper into the existing 18-19 market instead of expanding to 30 countries in 2020. Though Goyal has clarified that the company may fulfill it by January or February 2021, in case, the vaccine is developed within the next three months. The company is already in talks with distributors and players in several European countries to help Playshifu in its expansion plans.

What’s Up Next From Playshifu?

For now, the company has plans to launch over eight products by September 2020, before the gifting season begins.  The company will be launching an upgraded version of its offering Tacto, which combines digital gaming with physical figurines, in the next two months.

Besides this, Playshifu will be raising Series B funding in the upcoming months to achieve the 6x growth in the financial year 2022 as well.