The eight-week programme started on September 11 and will be hosted every Tuesday in Bengaluru, India

Vaibhav Agrawal, partner at Lightspeed India Partners, told Inc42 that the firm was looking for potential founders who are going after 'big, audacious ideas' 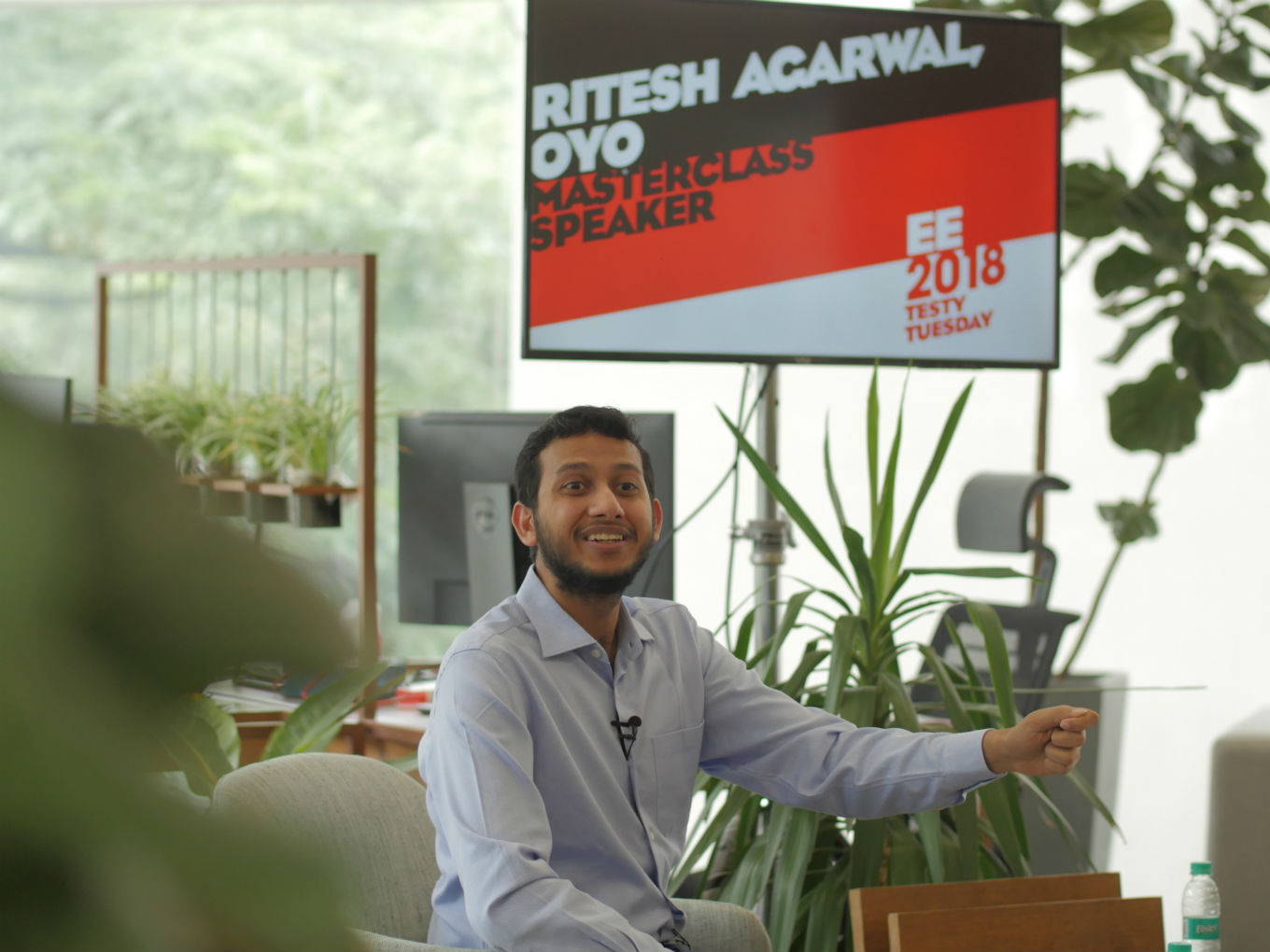 Lightspeed India Ventures, which is on a mission to enable entrepreneurs to be their best selves, launched Extreme Entrepreneurs, an entrepreneurial training series aimed at connecting eight select Indian startups with the top guns in global technology and entrepreneurship.

After a gruelling process of more than one month during which the firm received more than 450 applications and met or spoke to over 30 companies, Lightspeed has now shortlisted the final eight startups for the training.

What Is Extreme Entrepreneurs?

“No terms, no contracts, but a 100% pure community initiative,” is how Lightspeed describes Extreme Entrepreneurs.

Vaibhav Agrawal, a partner at Lightspeed India Partners, told Inc42 that the Extreme Entrepreneurs programme aims to create a level playing field for founders who may not otherwise have access to great mentorship and resources.

The eight-week programme started on September 11 and will be hosted every Tuesday in Bengaluru.

Lightspeed India has roped in business leaders such as Jon Steinberg, ex-Buzzfeed president and now Cheddar CEO; Ritesh Agarwal of OYO Rooms; Dheeraj Pandey of Nutanix; and John Thompson, chairman of Microsoft, to mentor the startups. These industry leaders will share with startup founders their spark and the practical tips they have learned from being entrepreneurs.

Also, well-known investors such as Anu Hariharan of Y Combinator and Jeremy Liew and Ravi Mhatre of Lightspeed will share their experiences of shaping highly successful companies with the participants of the programme.

All the companies went through multiple rounds and met six investment professionals before being selected.

Agrawal told Inc42: “This programme hasn’t been offered in India before, and what sets this apart is the one-to-one mentorship from a Lightspeed Partner, almost like a board member on hire. We’re bringing decades of experience taking young founders to billion-dollar-plus companies to the benefit of these eight finalists.”

“The one and only selection criteria we cared about was: highest potential founders who are going after big, audacious ideas. Nothing else mattered. Some startups in the final eight are pre-product, while others have already received early funding from some prominent firms,” he added.

Here Are The Final Eight Startups:

Culturegrade: Bengaluru-based Culturegrade was founded in 2018 by Abhinav Chugh and Alagu M and targets productivity and performance in employees, with learnings and insights collected from feedback, which it translates to better manager-worker relationships and personalised microlearning.

Kubric: Based in San Francisco, California, since 2017, Kubric was founded by Kausambi Manjita and Barada Sahu and is making new headway in SaaS content marketing, driving sales, and engagement and shaking up the status quo in the staid category of business-to-business marketing. The company is funded by Accel Ventures.

Squadcast: Sisir Koppaka and Amiya Adwitiya founded Squadcast in October 2017. The startup, headquartered in New York, enables tech companies to do the best work of their lives through Squadcast smarts applied to all aspects of internal workflows and customer service.

Trell.co: Based in Bengaluru, Prashant Sachan, Pulkit Agrawal, Arun Lodhi, and Bimal Kartheek Rebba founded Trell in 2016. Trell is a local discovery platform that enables people to create visual collections of their travel and local experiences and share it as a classic slideshow video or copyrighted images on other platforms.

Waani.io: The Mohit Srivastava and Lakshay Thareja-founded Waani.io is working on democratising voice assistance for Indians in an array of vernaculars — including Hinglish. Waani seeks to herald the future of interaction with machines and devices.

Yellow Messenger: In 2016, Raghu Ravinutala, Rashid Khan and Jaya Kishore Reddy founded Yellow Messenger in Bengaluru. The startup deploys artificial intelligence (AI) to help some of the world’s largest enterprises converse intelligently with customers and engage with them in myriad ways.

What Do These Startups Get?

Every Tuesday at Lightspeed’s Bengaluru office, the selected eight startups will participate in three sessions:

“We met a DJ who is pursuing a music streaming startup, and we met a founder that was once abducted by naxals and had to negotiate with them to get out,” he explained.

“Some interesting ideas we met but couldn’t shortlist: A cross India/US team building hardware and air traffic control for aerial taxis after getting fed up with Bengaluru’s traffic. Another team which is using VR for training and skill development of blue-collar workers. At an enterprise, they were able to crunch a three-day learning process to 30 min — I think that’s super powerful,” Agrawal further added.

Given the limitation of one-to-one mentorship, Agrawal said, “We are limited to select only eight startups, but I’m almost certain that many of those who applied but didn’t make it will go onto create large successful companies.”

Lightspeed Venture Partners has been investing in the country since 2004 via Lightspeed India. It focusses on direct and cross-border businesses, generally investing $1 to $25 Mn in growth or early-stage startups seeking to disrupt or transform large markets in the domestic economy.

Lightspeed Venture Partners has some of notable startups in its portfolio, including hotel room aggregator OYO, edtech unicorn BYJU’S, Indian messaging platform ShareChat, and Udaan, a B2B commerce network of retailers, manufacturers, traders, and wholesalers, which is India’s fastest unicorn.

Here are some facts and figures from Lightspeed India:

The Indian startup ecosystem is currently home to more than 5,200 tech startups and has been growing rapidly and witnessing increasing investments.

As the Indian startup ecosystem matures with innovation and continued funding, Lightspeed India’s attempt to ensure that startups get the right mentorship is a boon for entrepreneurs in India.