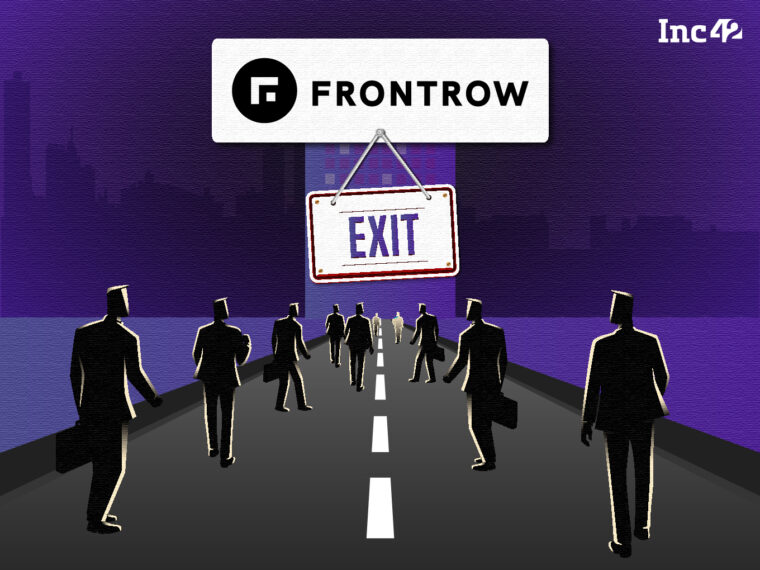 As per Inc42 sources, the sales, quality control team, and the HR team were deeply impacted

Eight months ago, FrontRow had raised $14 Mn in Series A round

Bengaluru-based non-academic upskilling startup FrontRow has become the latest Indian startup to have laid off employees amidst the ongoing funding crunch and the market conditions.

The Lightspeed backed startup laid off around 30% of its workforce last Friday (May 27). As per an Inc42 source, the startup has fired 145 employees out of its 500 people team.

As per Inc42 sources, the sales team, the quality control team, and the HR team were severely impacted during the layoffs. The startup has failed to provide any severance package to these affected employees. However, it needs to be highlighted that the startup has paid the salary for the month of May already.

According to sources, over 100 employees alone from the sales team were laid off.  For the story, Inc42 has spoken with half a dozen of affected employees.

The layoffs come almost eight months after it had raised $14 Mn in its Series A funding round from investors such as – Eight Roads Ventures, GSV, Lightspeed, and Elevation Capital among others. The startup also counts Deepika Padukone’s Family Office, Vishal Dadlani, rapper Raftaar, CRED’s Kunal Shah, Unacademy’s Gaurav Munjal and ShareChat’s Farid Ahsan, among others as its investors. Overall, the startup has raised close to $17 Mn in funding.

FrontRow founder Ishaan Preet Singh confirmed the development with Inc42 and said, “As we’ve scaled our business over the last year, we had invested heavily in growth, particularly as we’ve been creating a new category. Recently, given the market conditions we’ve prioritised increasing efficiencies across the business both through higher automation and focussing on profitable channels. Our mission remains the same – enabling everyone to learn what they love…”

“To ensure that we achieve that goal over the next decades and that we have over 24 months of runway to keep iterating and improving on our core business we had to take a few difficult prioritisation decisions over the past few weeks. This included letting go of ~30% of our team, primarily in sales, to make sure that we come out of this market stronger,” Singh added.

However, several employees suspect that the layoff numbers might be much higher.

In FY21, the startup’s total expenses were pegged at INR 9.25 Cr. It incurred a total loss of INR 6.6 Cr while generating sales worth INR 1.4 Cr. Its income from other sources stood at INR 1.2 Cr.

The startup had spent INR 3.2 Cr on employee benefits which include salaries of employees, it had spent INR 1.74 Cr and 1.5 Cr for marketing and legal and professional services respectively.

FrontRow competes against startups such as Celebrity School, Kyt and Mento.

FrontRow now joins the unfortunate list of startups which have laid off employees in the recent months. According to the Inc42 layoff tracker, over 8,364 employees have been laid off by 13 startups, which includes unicorns such as Vedantu, Cars24, Ola, Meesho and Unacademy as a result of cost-cutting or financial constraints at Indian startups (excluding FrontRow).