Salaried individuals can borrow against the income earned for the month

Kaarva raised seed funds from angels such as Naveen Tewari, Amit Gupta and others

The lending tech startup emerged out of beta in August 2019 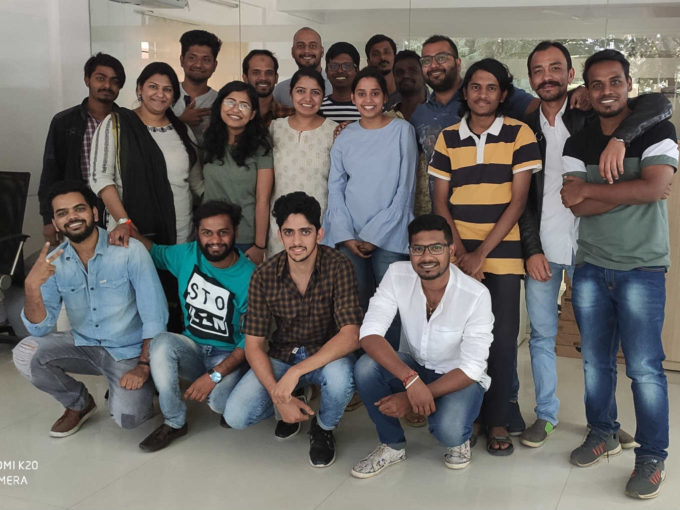 India’s young workers have a credit problem. Beyond the jobs crunch and employment slowdown, workers who do have steady jobs, aren’t able to get the right credit either due to weak credit scores or due to lack of one. This lack of creditworthiness also has an impact on the overall spending and consumption of workers and their families.

In such a situation, plenty of lending tech companies have created a base in India. As per DataLabs by Inc42, the credit demand in India is projected to be worth $1.41 Tn by 2022. The estimated growth rate in credit demand is 3.73% between FY17 and FY22. This makes lending a big opportunity for fintech startups, but with so many players in the market, the credit model is a crucial differentiation.

Kaarva, which came out of beta mode in August this year, is bringing its unique on-demand cashout model to set itself apart from the pack.

To solve the problem of millennial and Generation Z workers being “broke” in the middle of the month and not being able to deal with emergency spending, Khushboo Maheshwari and Agam Goyal launched Kaarva in October 2018. The Bengaluru-based company allows customers to access a part of their salary on any day of the month, based on their requirement.

Customers can borrow against the unearned income till the point in the month when they decide to borrow and Kaarva gets the repayment through a deduction or funds transfer from the customer. In some ways, Kaarva is using the B2B concept of invoice forwarding and applying it to consumer loans.

As for the market opportunity, there’s no dearth of it in the Indian market. According to data from the World Bank, 22.1% of India’s total employees are wage and salaried workers as of September 2019. Further research found that a salaried Indian employee earns INR 16,056 per month on average. And Kaarva is targetting this average salary amount to decide its core target audience.

Talking to Inc42, Maheshwari said that prior to building the product, the company raised an undisclosed amount of seed funding from multiple angel investors in January 2019. While the funding happened in the beginning of the year, Kaarva is only now announcing it.

The company said it used the funds to build its product and is now taking it to market as it looks to increase the reach among the addressable base.

“Kaarva is time shifting salaries, letting its user get access to what they have earned, on demand with no fees, interest, or hidden costs.”

To access funds, users can register on the company’s app or website. The user account includes details of salary schedule, the number of hours worked in the month, which leads to the income earned but unpaid. To begin with, the company is focussing on individuals earning INR 10K-INR 30K per month. It claims that 90% of its users are earning between INR 15K and INR 25K.

Any customer of Kaarva can withdraw (or cashout) up to INR 1500 per day and when the user gets paid at the end of the month, Kaarva is repaid. The credit size is small so there’s lower risk of non-payments among the user base. Further, the users have the option of paying interest or commission on the credit taken, and hence, not every transaction on Kaarva is monetising.

The company first began with a focus on selling to consumers directly, but Maheshwari said that there was a lot of inbound company interest for partnerships.Its partners include logistics company Blackbuck, Cloudnine group of hospitals, export garment manufacturer Silvercrest, and Quess Corp.

“We have seen strong interest from employers in sectors such as hospitals, hotel chains, manufacturing, logistics, manpower companies, where upto 30% of the workforce is using the product with 70% repeat engagement,” Maheshwari added.

Since inception, Kaarva claims to have enabled 10K cash-outs every month among a user base of 100K registered customers.

For the credit, Kaarva has tied up with licensed NBFCs to enable such cash-outs. Maheshwari explained that the company has built its own risk and fraud engine that looks at combined data points available around their employment, usage pattern, WhatsApp data and activity, and macroeconomic variables among others to predict and manage the risk.

“On our salary-linked platform we have seen delinquency as low as 0.5%,” Maheshwari said responding to questions about bad loans and non-performing assets, which are coming under the government’s radar.

The company aims to reach 500K users and 10K companies by the end of the current financial year. Its other targets include 100K cash-outs a month, with gross annual disbursal worth INR 200 Cr.

“In the past few months, we have seen exponential growth especially on the back of our partnerships and user referrals. We will continue to build features that better our customer experience by building features our users desire including native language support, ability to build a social emergency fund and real-time support on WhatsApp at scale via automation,” Maheshwari told Inc42.

As expectations of customers evolve, fintech companies have to come up with unique models to cater to the untapped and underserved audiences. The fact that Kaarva uses a micro-loan or emergency loan model to serve salaried individuals exposes it to lower risk overall. And in the game of lending, this marginally lower risk might be its key to success.