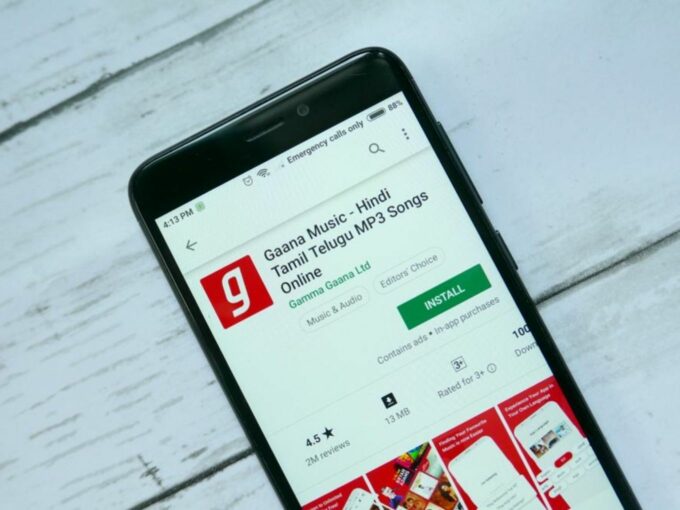 Homegrown audio streaming platform Gaana, which was started by Times Media, is raising INR 375 Cr (nearly $51 Mn) in debt from Tencent Cloud Europe and Times Internet Limited. The development comes a week after Gaana got stakeholders’ approval to take a $5 Mn loan for “principal business requirements”.

As far as the loan from Times Internet is concerned, previous regulatory filings highlighted that the board of directors apprised the proposal in a meeting held on July 10, 2020. A Gaana spokesperson confirmed the report, saying “Gaana is India’s leading music streaming service with over 185 Mn monthly active users, and is incubated and majority-owned by Times Internet.”

Earlier this year, Gaana emerged as the biggest music streaming platform in India with control of over 30% of the market in January, based on the 150 Mn monthly active users recorded in December 2019.

Commenting on Gaana reaching the top spot, CEO Prashan Agarwal had said, “As the industry leader, we have constantly innovated on the user experience to appeal to the first-generation mobile internet user and gained a deep understanding of the Indian music lover’s preferences that will now help us onboard the next quarter-billion Indians from tier II and tier III cities onto the music streaming bandwagon.”

Earlier this month, Gaana had further crossed 185 Mn monthly active users, due to its latest short video offering Gaana HotShots, live streaming feature and podcasts. It expects to cross 250 Mn users by 2021. According to the music platform, it has powered more than 3.3 Bn streams with 35% contribution from regional music. The company also claims that more than 27% of music consumption is powered by AI or machine learning-based recommendations. It has close to 5K podcasts on its platfrom.

“Currently, 80% of all Gaana users are loyalists, i.e. they love the idea of being able to access songs, podcasts and short videos from their favorite artists in a single integrated experience. We believe this ability to deliver a strong value to entertainment-lovers will help us onboard 250 Mn new users in the next 12 months,” Agarwal added.

The company plans to be operationally profitable by 2022. Currently, the majority of its revenues comes through ads.  However, the company is expecting ad and subscription revenue to balance out by 2023, despite over 90% of the user base being unpaid subscribers by that year.