The company has hosted 129 companies since its launch in 2019

Friyey wants to make its services free in the long run 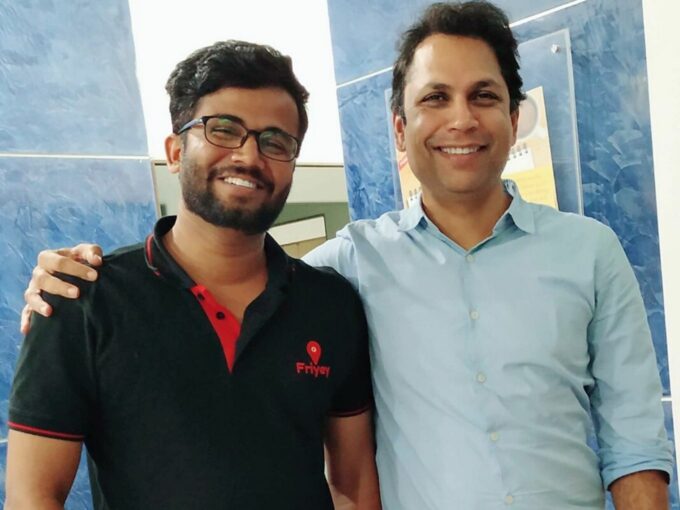 The Pune-based startup that transforms pubs and clubs into coworking spaces, Friyey, has raised an undisclosed amount in seed funding from angel investor Tarun Bhalla. Bhalla is the legal head of the Indian unit of Switzerland-based agriculture company Syngenta. Prior to this, Bhalla has also served as the Lead Counsel for South Asia at Syngenta.

Talking about the investment, angel investor Bhalla said that he believes in the vision Friyey’s founder Yogesh Thore has for the company. Looking at his passion to make the company scale, Bhalla decided to get on board with the company, the investor added.

Friyey, which started its operations in May 2019, transforms pubs and clubs into coworking spaces for startups and young entrepreneurs. The coworking set up is operational from 9 AM to 6 PM, seven days a week for only INR 99 a day for the team. The company targets startups in the initial stages and have not more than five to six employees.

So far, the company claims to have worked with 129 startups. The company currently has partnered with five pubs and clubs in Pune.

Thore told Inc42 that startups and entrepreneurs are going to solve all major problems on this planet. Whether it’s traffic, pollution, poverty or job scarcity, “only innovative Startups will solve these ones,” he noted.

“There will be 1 Bn digital nomads by 2035, which is 14% of the global population..and Friyey is helping such individuals start their journey early by providing workspaces and community support so they can scale,” Thore added. To facilitate the growth of the startups even further, Friyey wants to make its coworking space free in the long run.

With the latest funding, Friyey wants to expand its operations to 50 locations in seven metro cities by the end of 2020. The company is already in talks with two pubs in Bengaluru and expects to start its operations in the startup hub by March 2020. He added that Bengaluru is one of the major locations for the startup community.

Moreover, the company will also focus on enhancing its technology capabilities and getting more employees on board. Currently, the company’s workforce comprises of 18 employees, most of whom are from an entrepreneurial background.

Getting Pubs On Board

It is hard to imagine pubs being a good spot to put your mind to work. Loud chatter, smoke rings, alcohol, and groovy music — who would ever want to work in a place like that? But, Friyey had a different vision in mind. Thore highlighted that the club’s ambiance and seating are much more comfortable to work in than a regular cafe or restaurant, and that is one of the reasons why the company decided to go ahead with the plan.

“We are only tying up with clubs and pubs because of their vibrant ambiance and very comfortable seating level,” Thore said. He also added that Friyey focuses on efficiency and productivity.

Moreover, the peak time for any pub is post 7 PM and they rarely have much business during the day. For that reason, some pubs and clubs choose to keep the club closed during the day and deploy their workforce for the night. This is why Friyey decided to hunt down such clubs, which can also earn some extra cash during the day.

Besides this, Friyey also organises startups and founder meetups every weekend. The company claims to have organised over 40 meetups, hosting 5K entrepreneurs since its launch.

The company has two models to get the pubs onboard — Revenue and Rental. Thore explained that since the company is in the initial stages itself, the revenue model will not be scalable. Therefore, the company is specifying more on the rental model for now.