Exclusive: Euler Motors Mops Up $10 Mn As Part Of $60 Mn Series B Funding Round

Exclusive: Euler Motors Mops Up $10 Mn As Part Of $60 Mn Series B Funding Round

Euler Motors intends to increase its monthly production capacity from 100 to 1,000 in the coming days 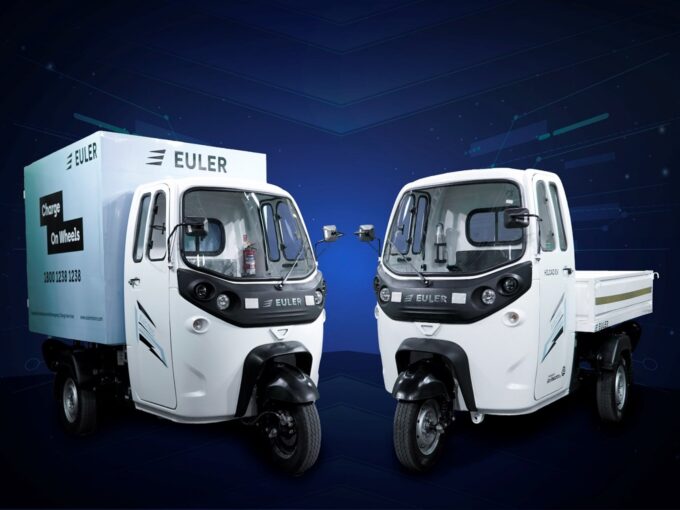 New Delhi-based electric vehicle startup Euler Motors has raised $10 Mn as a part of its larger Series B round. The fresh round was led by its existing investor – QRG Holdings, in participation with ADB Ventures, Inventus Capital, and Blume Ventures.

Saurav Kumar, founder and CEO of Euler Motors, informed Inc42 that the $10 Mn round is part of a larger $60 Mn round that the startup intends to raise for its Series B round. Euler Motors will be closing the remaining $60 Mn round in early 2022 and will see the addition of new investors.

Euler Motors intends to utilise the $10 Mn to immediately set up a factory to ramp up its three-wheeler production. It is targetting to produce 4,100 three-wheeler vehicles within the next year.

The startup claims their vehicles have collectively covered a distance of more than 10 Mn e-kilometres to complete 5 Mn deliveries, contributing to tailpipe emission reductions by over 2 Mn tonnes.

Earlier in August, the startup received 2,500 vehicle orders from ecommerce platforms such as BigBasket, Flipkart, Udaan, and others. Kumar told Inc42 that the deployment of these orders will be completed by the end of this year.

Euler Motors produces 100 three-wheeler vehicles every month through its one factory near the Okhla region of New Delhi. The startup plans to increase its production capacity to 1,000/month. Kumar said that at present, the startup is serving the Delhi NCR region, but with the ongoing round, the company will also set up its bases in Hyderabad, Chennai, Kolkata, Pune within 2-3 quarters.

“This funding gives us the momentum to increase the production and our operations. We have demand, and it will continue to increase, but supplying that demand is important at this point of time,” he added.

Commenting on the recent COVID-induced chip shortage worldwide, he said that Euler vehicles indeed use multiple chips for motor controller, thermal management system, or vehicle control unit, but the startup has taken numerous steps to address the concern and is confident to deliver the orders in time.

The new round comes almost eight months after Euler closed its $9.5 Mn in Series A round after adding $2.2 Mn from Blume Ventures and ADB Ventures. To date, the startup has raised $22.2 Mn from external investors already.

Having served ecommerce players with its prototype model for over a year, the company recently launched its first cargo three-wheeler, the HiLoad EV, which it claims is the country’s most powerful 3W cargo vehicle. The startup claims its new vehicle has a powerful combination of battery 12.4 kWh and certified range 151 Km in a single charge.

Euler has also claimed that at 688 kg, the HiLoad EV has the highest payload capacity across the three-wheeler cargo segment in India, including ICE (internal combustion engine) models.

The company competes against the likes of Hyderabad-based Gayam Motor Works, Ola’s E-rickshaw, and Mahindra’s Treo.

At present, India is witnessing a rise in the adoption of electric vehicles, as more and more brands chip in manufacturing electric vehicles. One of the prominent examples could be Elon Musk’s Tesla trying to enter the country to disrupt the four-wheeler industry.