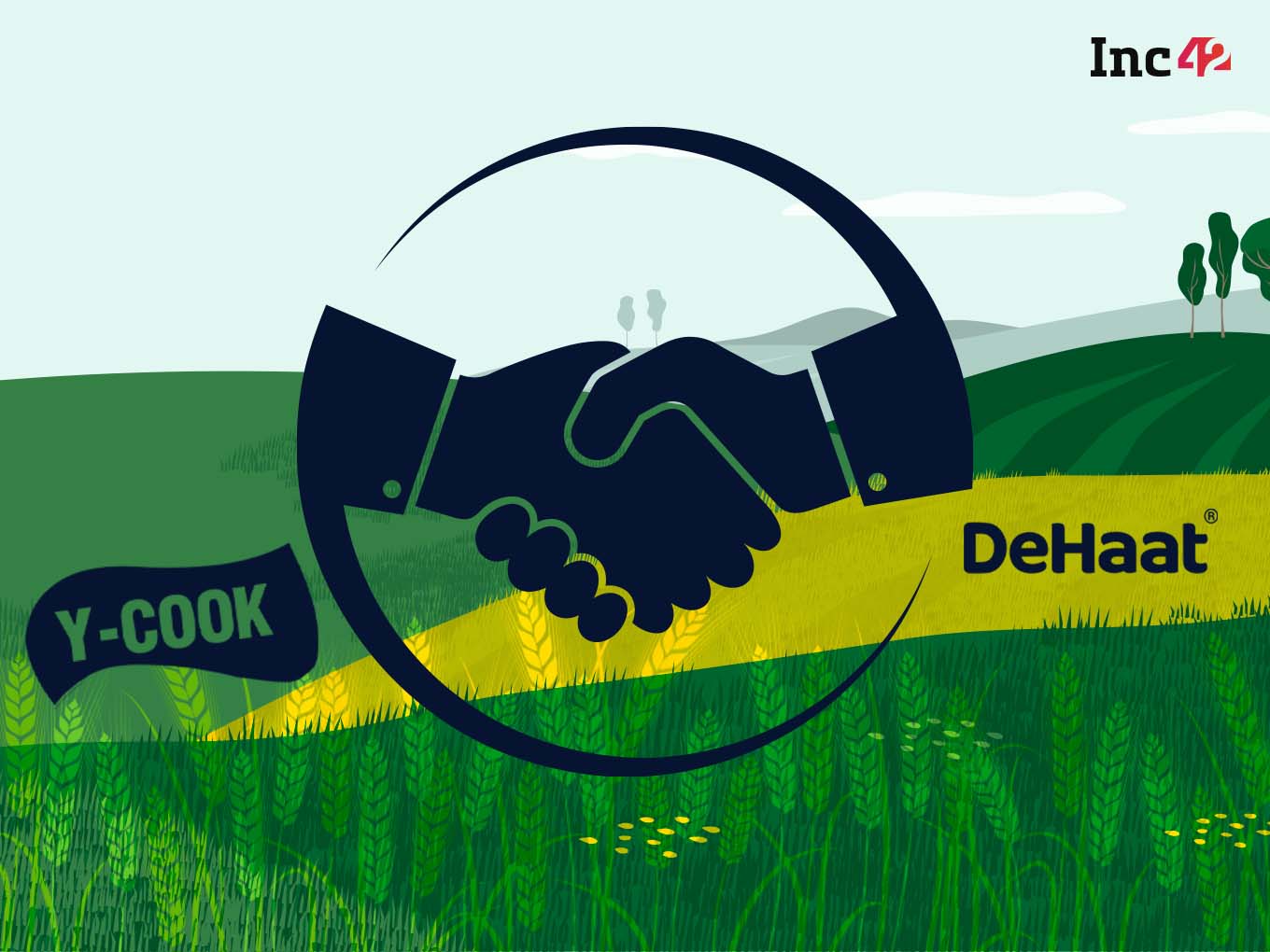 DeHaat is infusing $3.1 Mn in YCook to acquire 75.5% stake on a fully diluted basis in YCook

Agritech startup DeHaat is acquiring a majority stake in Bengaluru-based ready-to-cook processed food startup YCook. DeHaat, which had raised one of the biggest fundraisers among agritech startups in India last year, will hold close to 75.5% stake in YCook, including secondary purchase and ESOP pool, on a fully diluted basis.

YCook, in its extraordinary general meeting on March 31, 2022,  passed a resolution to allot 48,652 Series C CCPS to Green Agrevolution Private Limited (DeHaat). For the allotment, DeHaat will be infusing $3.1 Mn in YCook.

In 2018, YCook had last raised $5 Mn in its Series B round from Binny Bansal’s 021 Capital and Netherlands’ OikoCredit. This means the ongoing transaction is happening at a lower valuation. The valuation of YCook, as on March 31, 2021 (pre-money),  stood at $2 Mn. However, as per Inc42’s estimate, the investment from DeHaat values YCook at a little over $5 Mn.

Founded in 2013 by Janardhan Swahar, Vijay Reddy and Gayathri Swahar, the Bengaluru-based YCook claims to offer pre-cooked vegetables, fruits, and lentils without adding any additives and preservatives. YCook further sells steamed snacks and ingredients. One of the biggest USPs of YCook is that it claims its products’ shelf life is one year at  normal room temperature when not opened.

It must be noted that both DeHaat and YCook are backed by agri-focused investor – Omnivore.

The development from DeHaat comes a few months after it acquired agri-input marketplace Helicrofter. DeHaat had claimed that Helicrofter’s acquisition would help it expand operations in Maharashtra and other states in western India.

Prior to that, DeHaat had acquired FarmGuide, a B2B SaaS platform, to create a full-stack platform for farmers and agri-businesses in India. In 2019, it acquired Veezamart, a platform which builds farm management solutions for farmers, to expand its farmers reach.

Acquiring majority stake in YCook seems to be in line with DeHaat’s goals of  strengthening its foothold in southern India and also to foray into packaged food, which YCook already offers under the ‘Tada’ brand name.