Verzeo plans to use the funds for marketing, expansion, and research and development of the product

With more than 15K registered students, Verzeo will soon offer electronics and robotics courses as well 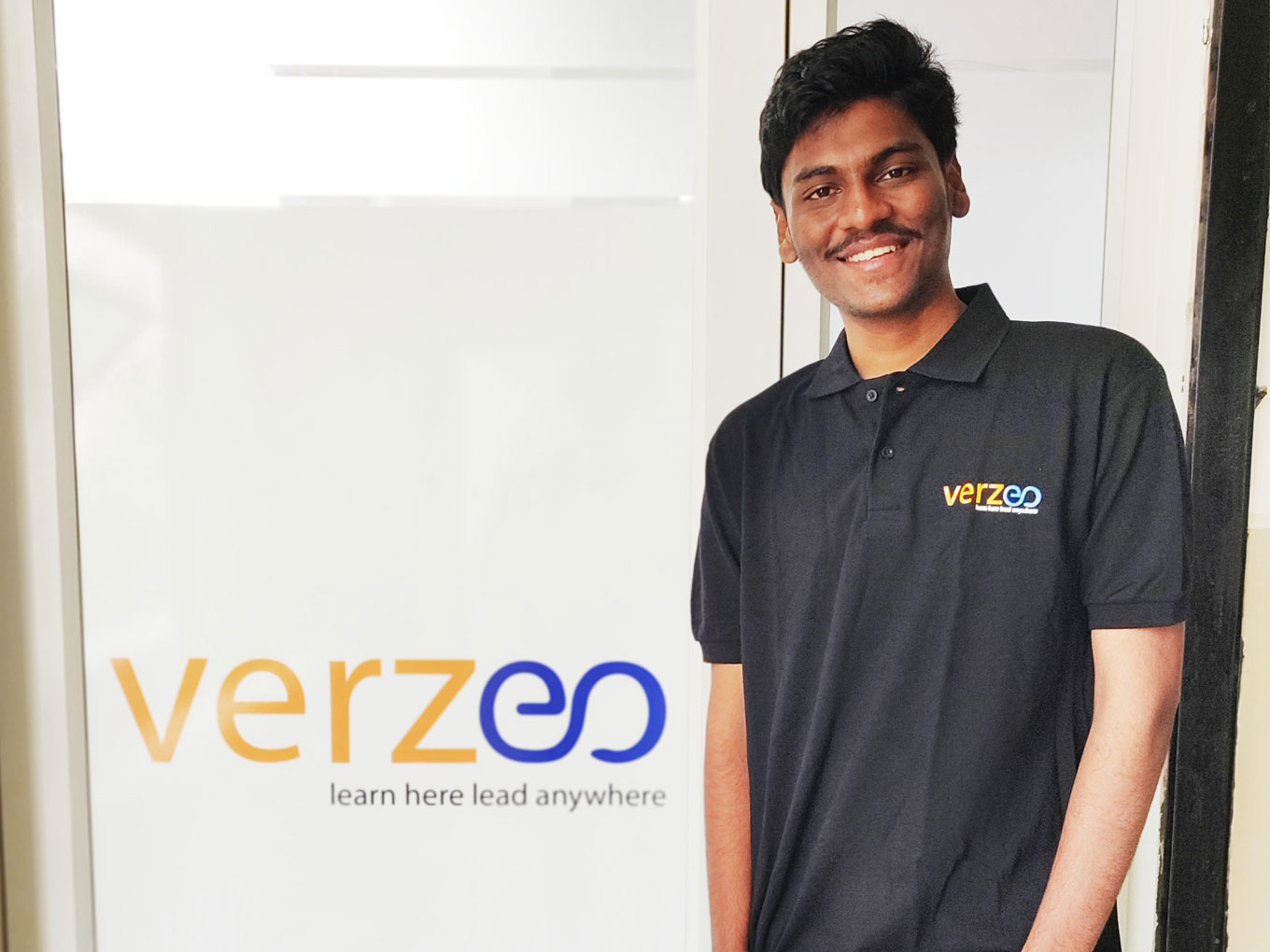 Bengaluru-based AI-focussed edtech startup Verzeo has secured Series A funding of $5 Mn, serial entrepreneur and founder of the startup Vungarala V Subrahmanyam, disclosed in a recent interaction with Inc42.

The 20-year-old entrepreneur shared that the company secured funds from undisclosed high net-worth (HNI) individuals in India and plans to use the funds to improve marketing and expansion of the product as well as on research and development.

Founded in 2017, Verzeo aims to help bridge the gap a student faces between the classroom environment and the workplace atmosphere by training them through various courses and industry programmes. It further wants to disrupt the edtech market and create a unique positioning for itself. India’s edtech market is expected to reach $1.96 Bn by 2021.

Earlier in April, Verzeo had raised an undisclosed amount of seed funding at a valuation of $10 Mn.

NITI Aayog’s Action Agenda (AA), published over a year ago, claimed that India’s unemployment rate, calculated by whichever method one likes, has been fairly low. According to the AA, underemployment and poor job quality are the real problems.

The unemployment rate was 3.4% in 2017-18 with as many as 590K jobs every month — or 7 Mn annually — likely to be generated in the same period, according to a report entitled ‘Towards A Payroll Reporting in India’, published in January this year.

While unemployment might be at an all-time low, another problem has raised its head — that of recruiters not finding the right person for the right job. This is the problemVerzeo is addressing through its edtech platform, which provides guidance and support to students to equip and prepare them for real-world jobs, beyond the college or internship environment.

The startup also helps enterprises to recruit the kind of candidates the companies want.

At 20, Subrahmanyam is already a serial entrepreneur, having dropped out of his college — Manipal Institute of Technology — in the third year at 18 years of age. He launched his first startup — a telecom company named Transtele (Trans India Tele Connect) — in 2016 to provide faster and cheaper Internet access in rural areas.

Later, in 2017, he sold off the company to Gokul Reddy for an undisclosed amount.

At the end of 2017, Subrahmanyam stepped down from the board of Transtele as he was deeply moved by the deplorable condition of education in rural areas of India and wanted to do something about it.

Subrahmanyam told Inc42 that it was then that he decided to move from the telecom sector to education to help improve the state of education in rural areas. It was a huge leap of faith for him, but he was passionate about doing something for the sector.

“Verzeo means the start of all beginnings. I wanted to begin a completely new kind of learning system, something that brings new technologies to the students in a more fun, interactive, project-based, industry-oriented manner,” he said.

At present, Verzeo claims to have more than 15K students and receives most of its traction from Tier 1 cities such as Mumbai, Hyderabad, Bengaluru, Kolkata, and Delhi.

Verzeo provides both online and offline courses to students who are fresh out of school or are pursuing undergraduate or postgraduate courses. The startup collaborates with Microsoft Corporation as an authorised education partner for the courses.

Talking to Inc42, Subrahmanyam explained that the startup is currently focussing only on new technologies in the stream of computer science. However, going forward, he plans to explore the field of electronics and robotics.

“Right now, we are sailing smoothly, but to expand, we might look to raise funds to scale things up faster,” he added.

Verzeo offers annual online programmes, in summer and winter, with course durations ranging from 15 to 60 hours. However, one can start with the offline course at any time of the year.

Further, it also collaborates with various multinational companies (MNCs) to provide internship opportunities to its students.

Talking about the challenges he’s faced along the way, Subrahmanyam said that his being young has proved to be a major hurdle on his way to becoming an entrepreneur.

“My age created many challenges, from convincing my parents to colleagues, higher officials and other businesses — there were several roadblocks.  As a newcomer, it was very difficult to convince the managements at institutes. With no background, it was hard to reach students,” he added.

Here’s a quick look into the major players in the edtech segment in India:

With an eye on this potential market, edtech startups are making their presence felt in the $100 Bn Indian education sector, according to the IBEF. Going forward, Subrahmanyam wants to scale Verzeo further, besides inspiring and providing educational facilities for as many students as possible.