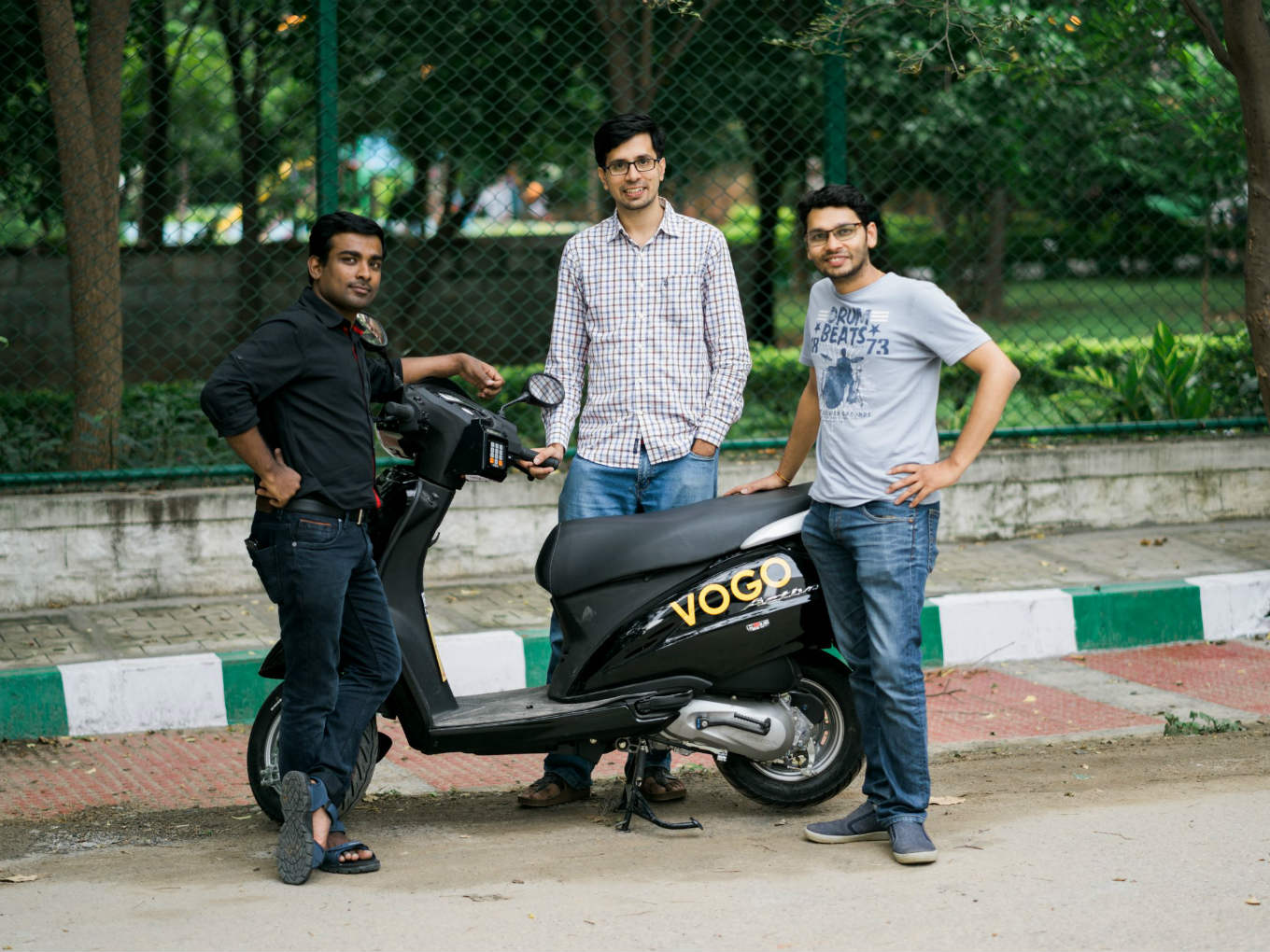 The investment deal came via the Stellaris Founder Network

Vogo claims to have recorded over 3 Mn rides

Increasing the investments from celebrity entrepreneurs, Bengaluru-based bike rental startup Vogo has raised an undisclosed amount of funding. The investment has come in from former Myntra CEO Ananth Narayanan, serial entrepreneurs K Ganesh and Srini Anumolu along with Manish Vij, the founder of SVG Media.

The investment deal came via the Stellaris Founder Network.

Founded in 2016 by Anand Ayyadurai, Padmanabhan Balakrishnan, and Sanchit Mittal, Vogo offers commuters round-the-clock scooter rental services. Vogo claims to be operational across more than 500 points in five cities in India and has over 3 Mn completed trips on its platform.

Prior to this investment, Vogo has raised over $120.6 Mn from investors such as ride-hailing major Ola as well as venture capital firms Kalaari Capital, Matrix Partners and Stellaris Venture Partners. This month itself, the company raised $3.6 Mn in debt funding from Alteria Capital.

Anand Ayyadurai, cofounder and CEO, Vogo said, “We are excited to welcome Ananth, Srini, Ganesh and Manish to the Vogo family. They are seasoned entrepreneurs with a strong track record of creating large, valuable companies. We look forward to leveraging their expertise in our journey to building Vogo into an independent, valuable transportation company.”

ESOPs Gaining Traction Among Indian Startups, But Lack Of Awarene...

The company website shows that it has recorded more than 100K riders who have completed over 10 Mn kilometres.

Ananth Narayanan, ex CEO, Myntra, Jabong said, “The traction and rapid growth they have seen is a real validation of their strong product-market fit and a testament to their commitment towards providing superior customer experience with a dense network of Vogo stations.”

“The micro mobility space is exploding globally and is driving the growth of the personal transportation space. Vogo has had an impressive journey so far, and their clarity of thought and vision with a tech-driven approach to finding solutions have helped them achieve this incredible growth,” said K Ganesh of GrowthStory.

Are Bike Rentals The Solution For Next-Gen Urban Mobility

According to a report by Quartz, most of the bike-taxi firms launched in recent years shut shop before turning a year old. This includes Dot, TuWheelz, Rideji, Headlyt, Heybob, and Zingo.

This hasn’t yet dampened the spirit of investors who are looking at these gen-next solutions as the next disruptor of the mobility space. This week itself, Bengaluru-based two wheeler rental startup, Bounce raised $72 Mn in a Series C funding round led by global technology fund, B Capital Group and New York-based hedge fund, Falcon Edge Capital.

According to a report, Indian bike-sharing startups raised around $138 Mn in funding in 2018, compared to just $2 Mn in 2016, which shows the immense investor attention on this sector in the past two years, especially as the ride-hailing market cannot match the affordability of two-wheelers.

The government, seasoned entrepreneurs as well as investors are right now riding the electric vehicle wave and expect this to be the only travel solution by 2030. However, till that time comes, players such as Vogo, Bounce, QuickRide and have to find their own niche and keep themselves tech-updated to survive in the coming years.