What Every Startup Should Learn From Sachin Tendulkar

What Every Startup Should Learn From Sachin Tendulkar 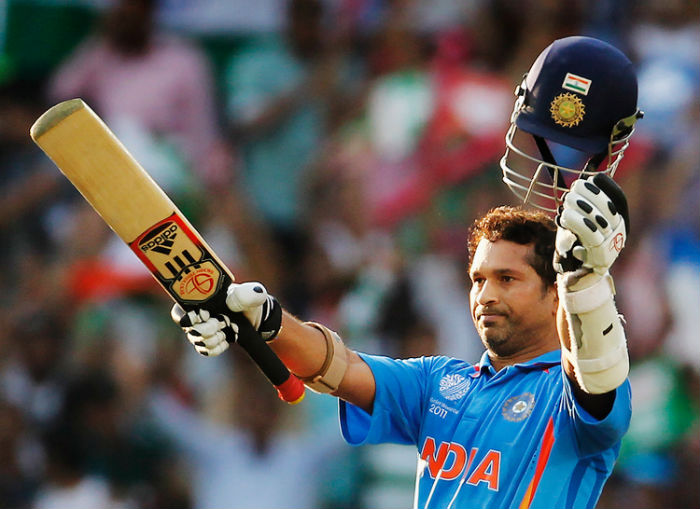 It has been a few months since India’s biggest sporting icon bid farewell. After a brief period of uncertainty, Indian cricket has moved on. In a country that has a habit of finding heroes, it has not taken long to find new ones. But then, like they say, there are sportsmen and then there is Sachin.

I’ve been involved with startups a fair bit –be it being early on at the Social Cops (www.socialcops.org) team or founding Just for Kicks (http://www.justforkicks.co.in/), and I’ve recently realized that some of the biggest startup lessons I’ve learnt have come from my childhood hero – Sachin.

On his 41st, I’d like to talk about the seven big lessons that everyone can learn from the little legend.

Fourth Test, Sialkot, Pakistan, 1989: India had saved three tests against the great bowling attack of Pakistan. They were now in the green pitch of Sialkot. Waqar was breathing fire with India tottering at 38 for 4. A bouncer hits Sachin on the nose leaving him on the floor with blood spurting out. A sixteen year old Sachin playing his first ever series was not someone to give up so easily. He battled on with a bloodied nose scoring an unbeaten half century.

Start ups are a lot like this. The initial stages are not easy and success takes a long time in coming. There are going to be occasions when you will be clouded with doubt, when it will be hard to find those short wins and at all those times, it is just important to persist and believe.

2) Step out of your comfort zone

The Azhar-led Indian squad was on the verge of exit from the Hero Cup. After putting up a paltry score, Indian bowlers responded fairly well leaving South Africa needing just six runs off the final over. Tough times call for tough guys. Azhar handed the ball to Sachin who had not bowled a single over in the game till then. He bravely took up the opportunity and bowled a brilliant final over to hand India the match and subsequently the tournament.

It is during the period from 1996 to 2003 that Sachin Tendulkar achieved the status of ‘GOD’. Bowling line ups around the World shook at the sight of 5 foot 3 inches lad walking on to the pitch. Tendulkar smashed centuries after centuries tearing apart oppositions with relative ease. To add to this, the burden on him was constantly increasing with the retirement of key players. He went on to become the highest run scorer in all formats of the game and surpassed multiple records on the way. All through, there was one nothing that never changed – the practice regime. Sachin remained the one person who’d hit more balls in the nets than everybody else even a decade into the game.

4) Play to your strengths, especially during your tough times.

Post the 2003 World Cup during when he led India into the finals, Sachin entered probably the most difficult phase of his career yet. After a string of failures in the first three tests, Sachin’s place in the team was under scrutiny. He was dismissed attempting cover drives on the off side through the entire series. During the final test, Sachin taught us probably the most valuable lesson of all. Giving up entirely on his cover drives, Sachin scored a slow and painful 241* restricting to his shots purely to the leg side.

5) Train for marathons, not sprints.

24 years. That’s a long period for any man in any sport. One can count the number of such sportsmen on their fingertips. Longevity is not about luck but about the attitude towards your work. Sachin had a knack of converting his starts into big scores. One could almost sense within a few balls that he might just score a century this day. During every innings and across his entire career, Sachin lasted the distance. He could battle on without losing focus at any stage. He was a marathoner not a sprinter and his success largely owes to the same.

The most beautiful aspect about Sachin is probably the trust he built among the Indians. Be it children or grand parents, everyone believed in Sachin, everyone felt like nothing could go wrong as long as Sachin was there. Like Amla famously said ‘Nothing bad can happen to us if we’re on a plane in India with Sachin Tendulkar on it’. Having carried the burden of expectations on his shoulders for so long, Sachin never failed to deliver and even when he did occasionally, everyone knew it was just an off day.

7) Uphold your values at all times – it defines you.

If we had to choose one thing that differentiates Sachin from other greats of the game, most of us would say – his character. Sachin was as much a gem of a character outside the field as he was on the field. Across a career spanning three decades, Sachin has not been entangled in any controversies. His farewell speech pretty much sums up the man that he is. In a twenty minute long speech, probably his final act on a Cricket ground, there was not one person he left out. Right from the curators to his family, he was thankful to everyone who made him who he was. That is the mark of true greatness – to remain grounded even when you have achieved almost everything you possibly could.

At Social Cops, we’ve realized that Sachin’s career emulates the kind of Startup we want to be.

In order to thank Sachin for shaping our lives, our data station at Social Cops brew up a little visualization of the centuries of Sachin Ramesh Tendulkar. Crowdsourcing Love. Since 1989.

[This article is contributed by This article is contributed by Vikas Plakkot leads Partnerships at Social Cops (www.socialcops.org) – where they use mobile phones and technology to turn citizens into human sensors and create a layer of social data to aid data driven decisions in civic issues, public health and education. Earlier, Vikas had co-founded ‘Just For Kicks’ and he also serves an adviser to Huracan Foundation and is a Global Youth Ambassador to UN’s Education First Initiative.]