Pegasus had been used to snoop on WhatsApp users across the world, including 121 users in India 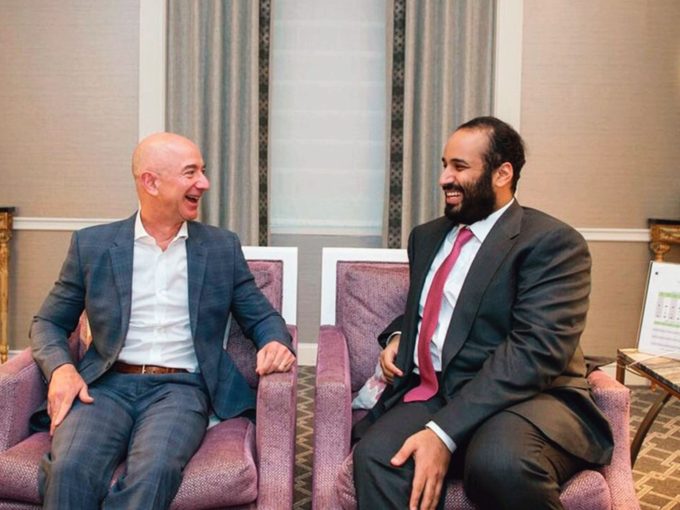 In what could be the most interesting revelation of 2020, just one month into the new year, a United Nations report is expected to back the allegations that Amazon founder Jeff Bezos, the world’s richest man, fell victim to a WhatsApp hack allegedly orchestrated by the Saudi Arabian royalty.

Moreover, a documentary titled ‘The Dissident’ has highlighted that the spyware used in the hacking of Bezos’ spyware was none other than Pegasus. The Pegasus spyware, which is created by the Isreal-based NSO group, is the software which recently sparked controversy for snooping personal data of around 1400 WhatsApp users globally, including 121 users in India.

According to The Washington Post, the hacking incident began in May 2018, when Bezos had met Mohammed bin Salman aka MBS at a Hollywood event.

After the event, Bezos supposedly received a video on WhatsApp from MBS while in conversation with the Saudi crown prince. While Bezos might have thought it could have been just another video file, it turned out to be malware that siphoned off data from the Amazon CEO’s phone. The hack was first reported in a column in The Daily Beast.

Things get interesting when one considers that besides Amazon, Bezos also owns The Washington Post, the media publication which had employed Saudi critic and journalist, the late Jamal Khashoggi. Khashoggi, who fled to the US from Saudi, was quite vocal against the Saudi Arabia regime on various issues ranging from the environment to women’s rights. In a widely-publicised and condemned episode, Khashoggi was allegedly murdered by Saudi Arabian royal guards at the Saudi embassy in Istanbul on October 2, 2018.

It is now speculated that Saudi authorities might have snooped on Bezos’ phone in response to the critical articles by Khashoggi in the Washington Post.

Saudi Arabia has denied the claims of the involvement of MBS in the hacking of Bezos’ phone. The embassy of Saudi Arabia in the US further called these claims absurd and even invited an investigation on the same.

The tussle between Bezos and the Saudi kingdom was only exacerbated in early 2019. After the death of Khashoggi, Bezos’ The Washington Post had gone full-tilt against the Saudi kingdom and started to criticise the monarchy on a regular basis.

In responses to this widespread criticism, the Saudi Arabia government, in January 2019, allegedly leaked the personal data of Bezos through US-based tabloid, the National Enquirer. At that time, it was reported that Bezos was having an extra-marital affair with Lauren Sanchez, a pilot and former television celebrity.

Bezos, without questioning the claims, admitted to the affair, which eventually led to a divorce and a multibillion-dollar settlement with ex-wife MacKenzie Sheri Bezos, a novelist and philanthropist.

After the dramatic events, Bezos alleged that the National Enquirer had received the information about his private life from Saudi authorities. However, the media firm maintained its stance that the source of information was Michael Sanchez, brother of Bezos’ girlfriend.

Bezos just might be the most high-profile victim of Pegasus WhatsApp spyware. It was allegedly used to spy on a dozen users, including academics, lawyers, activists and journalists in India. The targeted surveillance on 121 users in India had taken place during the 2019 General Elections, which ran from April 11 to May 23 last year.

At the time, when this controversy sparked off, reports had hinted that the Indian government was behind this snooping. During that period, Newslaundry had further revealed the names of people which were impacted by this surveillance. The names included journalist Nihalsingh Rathod, activists Degree Prasad Chouhan, Sidhant Sibal, Saroj Giri, Vivek Sundara, Ashish Gupta, Rupali Jadhav and Bela Bhatia; lawyer Shalini Gera; academics Anand Teltumbde and Saroj Giri; TV and radio producer: Shubhranshu Choudhary.

The Pegasus breach is just one example of how spyware does not discriminate and how even one of the world’s richest persons can fall victim to it.

The question which arises here is that these technologies have evolved to an extent that even multi-billionaires who own trillion-dollar companies can’t keep themselves safe. Does that leave any hope for the common man?