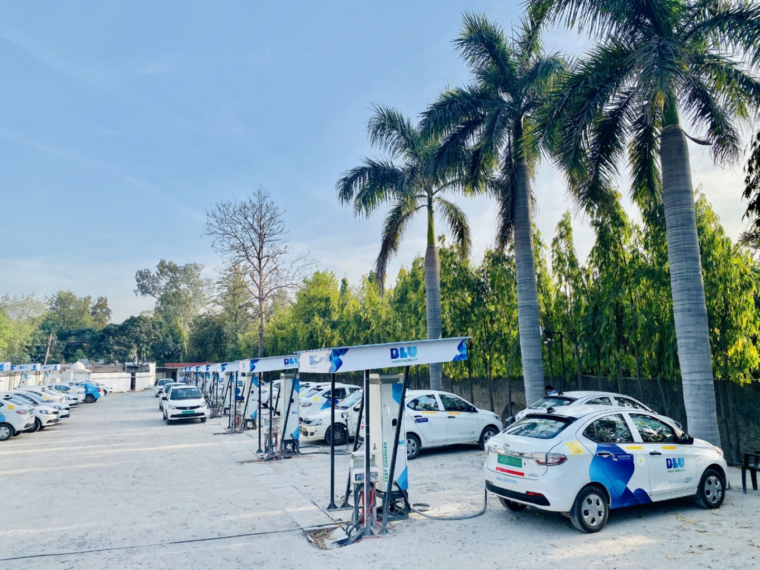 EV startup BluSmart has raised $25 Mn in its follow-on Series A (Series A1) funding round. The current round is a mix of equity and debt as it comprises $15 Mn equity and $10 Mn as venture debt. With this investment, the EV startup has closed its Series A1 round at $50 Mn.

As per the statement, BluSmart’s equity round was co-led by BP Ventures and Green Frontier Capital along with other existing investors. On the other hand, investors including Stride Ventures, Alteria Capital, BlackSoil and UCIC participated in the venture debt round.

Prior to this, BluSmart had secured $25 Mn in its Series A round in September last year. The round was led by bp ventures.

With the current fundraising, BluSmart will expand its EV Superhubs across Delhi NCR. It will also deploy funds to add over 5000 electric cars to its fleet.

BluSmart has raised $62 Mn across its seed to Series A funding round till date, as per its statement.

The latest development comes after BluSmart secured INR 267.67 Cr from Indian Renewable Energy Development Agency Ltd (IREDA) to add 300 electric cars to its fleet in April this year. Out of the sanctioned loan of INR 267.67 Cr, the first tranche of INR 35.70 Cr has been disbursed.

Founded in 2019 by Anmol Singh Jaggi and Punit K Goyal, BluSmart offers electric mobility services. In June 2020, it added EV car subscriptions to its offerings. Then, it associated with Mahindra Electric to onboard 70 Mahindra eVerito premium sedans to its fleet.

BluSmart claims to have started intercity EV services for customers travelling from Delhi NCR to Jaipur and Chandigarh. It has scaled at the Delhi IGI Airport and is also present across all domestic and international terminals (T1, T2 and T3). It further asserts to have completed 1.6 Mn zero-emission trips, covering 50 Mn of clean kilometers.

BluSmart faces competition from the likes of Lithium Urban, MoEVing and eee-Taxi in the electric mobility space.

By 2030, the Indian government is aiming to have 30% of electric vehicles on roads. The burgeoning EV market of India has been shored up by various programmes and policies led by central and state governments.

The story’s headline updated to include the amount raised in the current round.