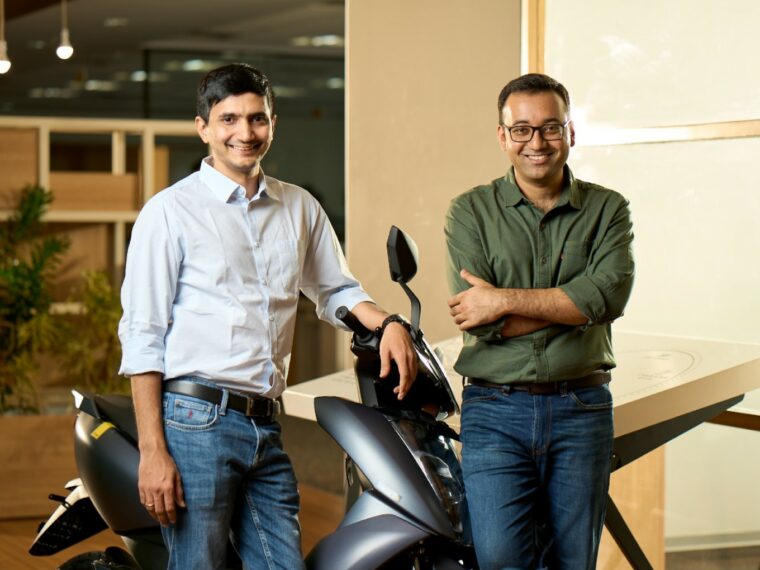 Despite this being the startup’s Series E round, having raised $225 Mn till date, Ather Energy’s valuation is still shy of the $1 Bn mark

Ather Energy plans to use the funding to expand its manufacturing facilities, invest in R&D and charging infrastructure and grow its retail network

The startup claims to have delivered 3,779 units in April 2022, with bookings for the flagship Ather 450X scooter growing by 25% quarter-on-quarter

Electric two-wheeler startup Ather Energy has completed its Series E round of $128 Mn with investment from India’s sovereign fund NIIF (National Investment and Infrastructure Fund) Limited and existing investor Hero MotoCorp, among others. Hero’s previous investment of INR 420 Cr in Ather Energy is a part of the deal, the startup told Inc42.

On the other hand, this is NIIF’s first direct investment in the manufacturing sector as well as in electric mobility. It is the fund’s fourth investment overall. It had previously invested in infrastructure financing non-banking financial companies (NBFCs) Aseem Infrastructure Finance and NIIF IFL and healthcare chain giant Manipal Hospitals. It also planned to invest in D2C startup FirstCry but later pulled out of the deal.

Ather plans to use the funds to expand manufacturing facilities, invest in R&D and charging infrastructure and grow its retail network.

Founded in 2013 by Tarun Mehta and Swapnil Jain, Ather is engaged in designing, manufacturing and production of electric automobiles and charging infrastructure. The startup launched two electric scooters – Ather 450 and Ather 450X – in 2020.

The startup reported delivery of 3,779 units in April 2022 and said Ather 450X’s bookings are growing at 25% quarter-on-quarter. It has a retail sales network across the country with a presence in 32 cities. It has 38 experience centres and aims to expand the number to 150 experience centres in 100 cities by 2023.

The startup also has over 250 designs, trademarks and patents to its name across 20+ countries. Recently, Ather installed its public charging network named Ather across 310+ charging points across India.

With this round, Ather has raised $225 Mn in funding across seven rounds. Interestingly, despite this being the startup’s Series E round, Ather’s valuation is yet to cross $1 Bn to mark its entry into the unicorn club.

Ather’s competitor Ola Electric is currently valued at over $5 Bn. Mehta recently took potshots on it and called the valuation ‘stupid’. Ola Electric is not even in the top five EV sellers in the market, which was pegged at $1.4 Tn in 2021. The number of EVs has been seeing a continuous rise in the country and 4.29 Lakh EVs were sold in FY22.

Between January and November 2021, Hero Electric remained the biggest electric two-wheeler manufacturer in the country with more than 40,318 units sold, followed by Okinawa (23,899), Ather (14,152) and Pure EV (9,363). Ola only started taking orders for its EV vehicles in September 2021 and the deliveries were mostly delayed until December 2021 due to chip shortages.

Despite the massive growth opportunity in the EV segment — expected to grow to $15.4 Tn by 2027 — many leaders of the companies in the automobile space have expressed confidence that they would lead the segment when the time comes, leaving behind the startups. Bajaj Auto MD Rajiv Bajaj had taken potshots at Ola Electric and other EV startups, asserting that legacy manufacturers will get the better of the new kids on the block.