[Update] Amid Okinawa Recalling Its 3K+ Units Of Praise Pro Scooters, Its Dealership Reduces To Ashes

[Update] Amid Okinawa Recalling Its 3K+ Units Of Praise Pro Scooters, Its Dealership Reduces To Ashes 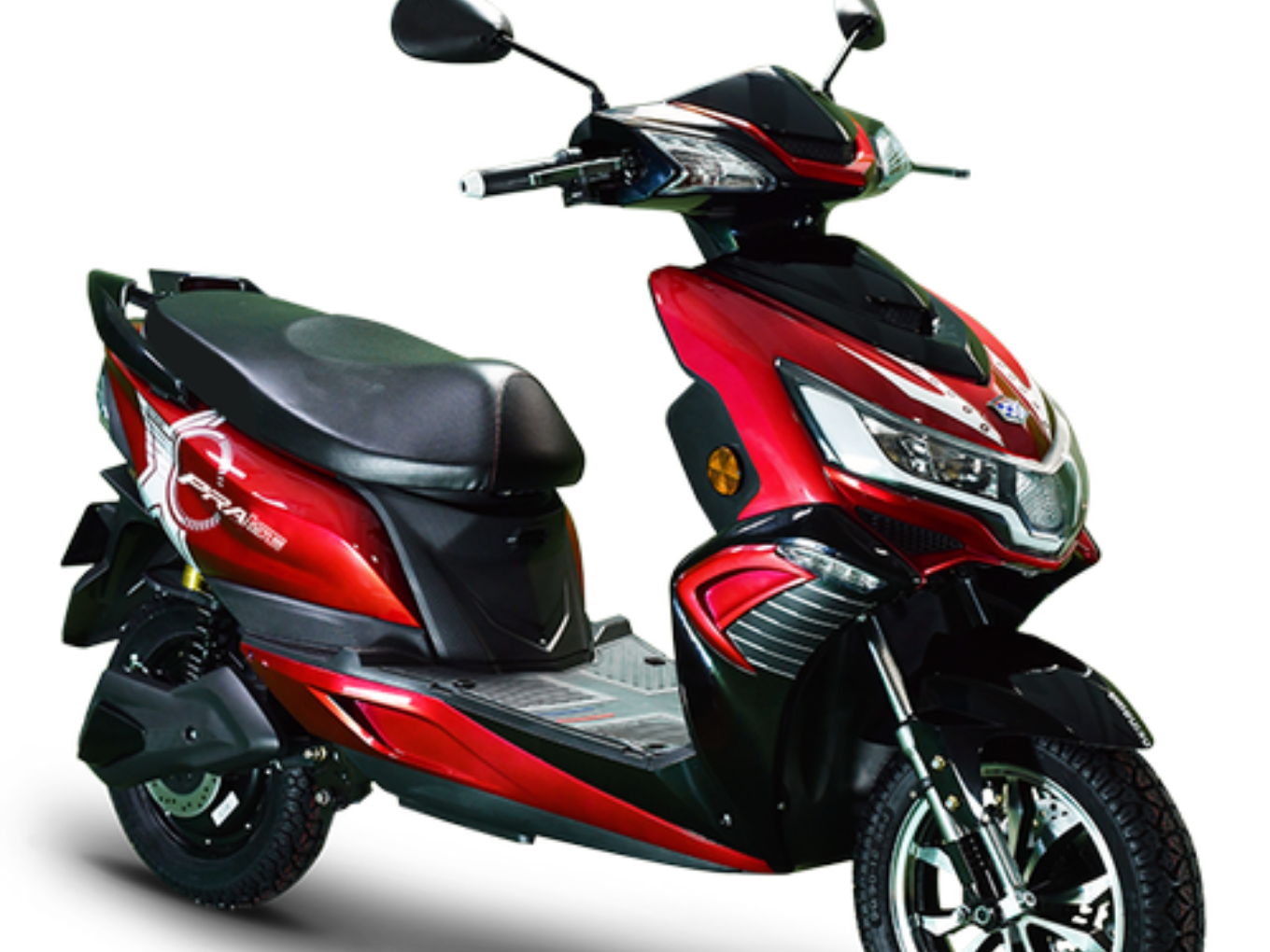 Okinawa will recall 3,215 units of its Praise Pro Scooters to fix issues related to batteries in the vehicles, starting April 16

Following electric two-wheeler maker Okinawa Autotech’s announcement of recalling 3,215 units of its Praise Pro Scooters, an incident has come up on social media where one of its dealership units in Tamil Nadu could be seen burning down to ashes after a reported fire in the company’s e-scooter.

A video uploaded on Twitter on April 16 captured the incident. 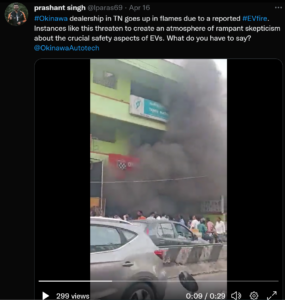 Though no casualties have been reported and locals helped to put out the fire, the entire showroom is reportedly gutted.

Okinawa Autotech is yet to make a statement on the latest EV fire at its dealership.

The electric two-wheeler maker said last week it will voluntarily recall  3,215 units of its Praise Pro Scooters to fix battery-related issues, starting April 16, in the first such incident in India.

Okinawa said that this is part of its comprehensive power pack health check-up camps and, as part of the recall, the scooters would be checked for loose connectors or any damage and be repaired free of charge at any of the Okinawa authorised dealerships pan India.

This voluntary campaign led by the company comes is in the wake of the recent electric vehicle (EV) scooter fire incidents. In March, Okinawa’s name came up in an incident when its EV scooter at Tamil Nadu’s Vellore caught fire claiming the lives of two, including a 13-year old girl.

“The electric 2W maker is working closely with the dealer partners to ensure that the repair experience is as per the convenience of its customers, for which the vehicle owners will be contacted individually,” Okinawa said in its statement on April 16.

The Praise Pro Scooters that would now be recalled fall under the segment of its lithium-ion high-speed scooters, which also include IPraise+, Ridge+ and OKHI-90.

“We have stringent testing standards but OEMs need to certify batteries to adhere to standards,” Kant added.

In the last few days, EV fires have caught major media attention after a video of an Ola Electric scooter catching fire went viral on social media. Following that, Okinawa’s name came up in a similar incident.

A source told Inc42 that Ola Electric is currently not planning to take any steps to recall its EV scooters while the investigation on the cause of the fire is still on.

Another EV startup PureEV did not comment on the incident.

Earlier, other players such as PureEV, HCD India, Jitendra EV have also seen their ebikes burst into flames in the middle of the roads. In 2021 also, an Okinawa scooter reportedly caught fire. The same year, an ePluto scooter built by Pure EV was also seen in flames in Hyderabad.

It is now evident that the debates around EV scooters are heating up. Union Minister for Road Transport and Highways (MoRTH), Nitin Gadkari, while speaking about the fire incidents in the Lok Sabha last month, said, “This is a very serious issue and we have ordered a forensic investigation into each individual event. The government will take appropriate action after the exact technical reason behind the accident is known.”

In fact, the Centre has deputed a team of independent experts last month to investigate the matter. According to reports, “Govt to look into how Ola Electric scooter and Okinawa’s electric bike caught fire. Both scooters had been tested and received type approvals before being launched in the market.”

We have removed the spokesperson quote from the story.