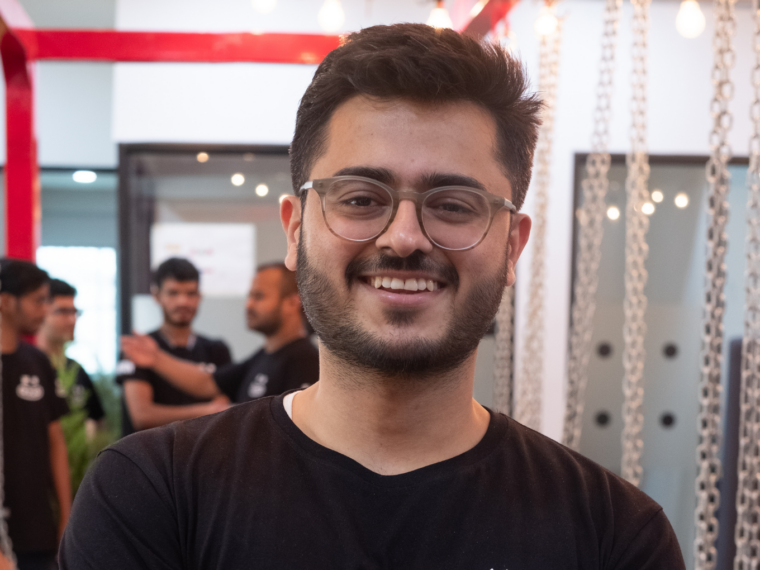 Angel investors Aadil Mamujee from Opensea, Nakul Gupta from Coinbase also took part in the round

STAN wants to scale up its team, with higher focus on design and tech-talent

Blockchain-based esports fan engagement startup STAN has raised $2.5 Mn in seed funding round. The fundraising was an equity funding round. Venture capital firm General Catalyst led the round, alongside VCs including Better Capital and Eximius Venture too took part in the investment round.

The funding also saw participation from angel investors Aadil Mamujee from Opensea, Nakul Gupta from Coinbase, among others.

STAN was set up by Parth Chadha, Akshat Rathee, Rahul Singh, Shubham Gupta, Nauman Mulla in 2022. It is a blockchain-based fan engagement platform dedicated to fans of various gaming creators and esports players.

The founders bring rich experience to the table as Rathee cofounded NODWIN Gaming, which was later acquired by Nazara and Chadha cofounded and ran EWar Games.

What STAN Is Projecting In The Esports Ecosystem

With the fresh funding, the startup plans to launch its own platform, partner with gaming organisations and players across India and other countries as well. In addition, the startup wants to scale up its team, with a focus on design and tech-talent.

STAN has built a platform for the esports fans using digital collectibles and mutable NFTs. It will offer esports enthusiasts to collect, play and trade the collectibles/NFTs of their favourite esports players and content creators.

It has already inked IP and NFT-related partnerships with several Battlegrounds Mobile India (BGMI) creators such as GodLike Esports – Jonathan, Ghatak, Clutchgod, Zgod, among others.

The startup has also tied up with FreeFire creators such as Total Gaming, Assassins Army and Desi Gamer.

“Having strong partners and investors such as General Catalyst and Better Capital onboard will boost STAN’s aspiration to create superlative fan experiences on the platform and to drive growth for the startup across various levels,” Parth Chadha, cofounder of STAN, said.

STAN wants to enhance overall engagement in the esports fan ecosystem and provide the creators and players with new opportunities to interact with their fans, Chadha said.

“With a strong future growth trajectory envisaged for STAN, we are currently in discussions to raise more capital in the near future to support our strategic business growth, optimization and scale-up plans,” he added.

According to Anand Chandrasekaran, partner of General Catalyst, the two consumer spaces that have been among the fastest growing in India in terms of level of innovation, creator energy and mainstream adoption are esports and web3 or NFTs.

This combination has led to product platforms that unlock innovative engagement and business models for esports players and creators, he added.

“STAN has stood out for us in this space in terms of their inside knowledge of esports, understanding of the market need from both the player and fan angles as well as an incredible team that is building a first-class product experience,” he added.

Earlier this year, the US-based venture capital firm reportedly said it would increase its investment in India with focus on segments such as fintech, healthcare, enterprise, consumer, agritech, crypto and web3.

Further, digital collectibles-focussed startup FanCraze also raised $100 Mn in a funding round led by Insight Partners, with B Capital as participant. The startup made the trading marketplace live on its website in January this year.

The global sports NFT sector would witness over $2 Bn in transactions this year, according to Deloitte’s Technology, and Telecommunications TMT prediction 2022. Globally, the number of unique addresses who bought or sold an NFT went up to 950,000 in Q1 2022, compared to 627,000 in Q4, 2021, as per a Chainanalysis report.