The Lies Entrepreneurs Tell Themselves While Starting Up

The Lies Entrepreneurs Tell Themselves While Starting Up 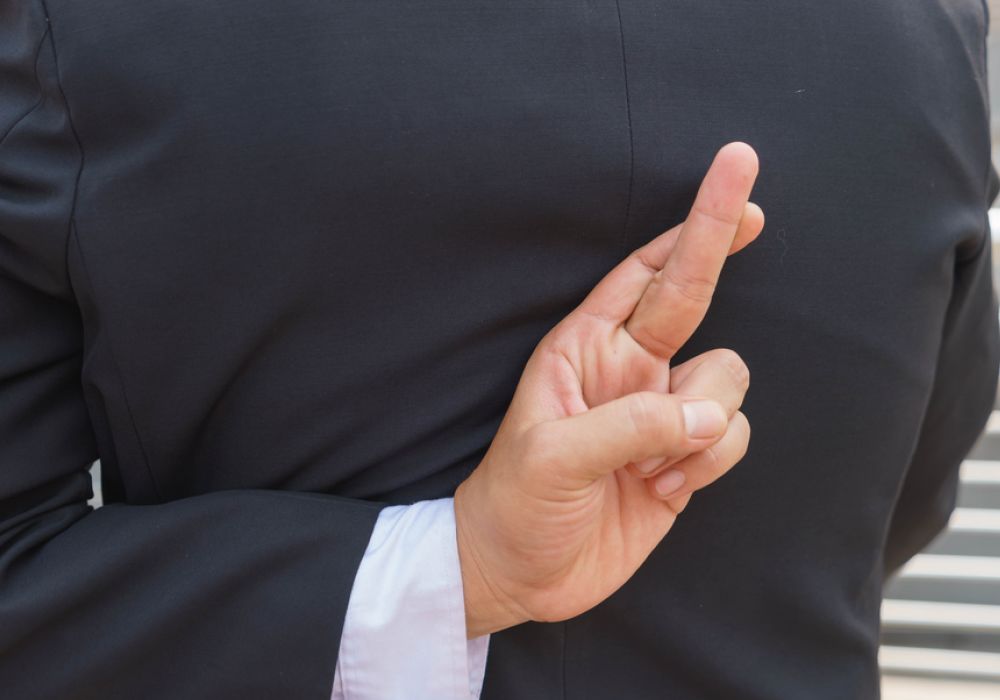 Watching my oldest daughter graduate high school this week made me think about what it was like raising a family and being an entrepreneur at the same time. And the lies we entrepreneurs tell ourselves, during the early, exciting times.

When I Modelled My Behaviour After Fellow Entrepreneurs

When I was in my 20s, I worked at Convergent Technologies, a company that was proud to be known as the “Marine Corps of Silicon Valley.”  It was a brawling “take no prisoners,” work hard, party hard, type of company. The founders coming out of the DEC (Digital Equipment Corporation) and Intel culture of the 1960s and ‘70s. As an early employee, I worked all hours of the day, never hesitated to jump on a “red-eye” plane to see a customer at the drop of a hat, and did what was necessary to make the company a winner.  I learned a lot at Convergent, going from product marketing manager in a small startup to VP of Marketing of the Unix Division as it became a public company.

Two of my role models for my career were in this company.  (And one would become my mentor and partner in later companies.) But this story is not about Convergent.  It’s about entrepreneurship and family.

Like most 20-somethings I modelled my behaviour on the CEO in the company.  His marketing and sales instincts and skills seemed magical and he built the company into a $400 Mn OEM supplier, ultimately selling the company to Unisys.

But his work ethic was legendary. Convergent was a six-day a week 12-hour day company. Not only didn’t I mind, but I couldn’t wait to go to work in the morning and would stay until I dropped at night.  If I did go to social events, all I would talk about was my new company. My company became the most important thing in my life.

But the problem was that I was married.

What’s More Important – Me or Your Job?

If you are a startup entrepreneur or an early employee, there may come a time in your relationship that your significant other/spouse will ask you the “What’s more important?” question. It will come after you come home at 2 am in the morning after missing a dinner/movie date you promised to make. Or you’ll hear it after announcing one morning that the weekend trip isn’t going to happen because you have a deadline at work. Or if you have kids, it will get asked when you’ve missed another one of their plays, soccer games or school events because you were too busy finishing that project or on yet another business trip.

At some point your significant other/spouse’s question will be, “What’s more important, me and your family or your job?”

I remember getting the question after missing yet another event my wife had counted on me attending. When she asked it, I had to stand there and actually think about it.  And when I answered, it was “my job.”  We both then realised our marriage was over.  Luckily we had no kids, minimal assets and actually held hands when we used the same lawyer for the divorce, but it was sad.  If I had been older, wiser, or more honest with myself, I would have understood that my wife and family should have been the most important thing in my life.

Part of my problem was that my reality distortion field encompassed my relationships. In hindsight I had convinced myself that throwing myself into work was the right thing to do because I succumbed to the four big lies entrepreneurs tell themselves about work and family:

None of these lies were true. I had thrown myself into a startup because work was an exciting technical challenge with a fixed set of end points and rewards.  In contrast, relationships were messy, non deterministic (i.e. emotional rather than technical) and a lot harder to manage than a startup.

If it was up to my wife, she wouldn’t have had me working the hours I was working and would rather have me home.  She didn’t sign up for my startup, she had signed up for me.

While she stuck it out for seven years, she had no connection to the passion and excitement that was driving me; all she saw was a tired and stressed entrepreneur when I got home.

At this point in my career I had hit a couple of successful startups as a low level exec, making enough to remodel our kitchen, but not the big “hit” that made us so much money I could slow down or retire.  And even if it did, startups are like a gambling addiction – if I had been honest, I would have had to admit I would probably be doing many of them.

“Quality time” with the wife or kids is a phrase made up by guilty spouses.  My relationship wasn’t going to be saved by one great three-day weekend after 51 weekends at work.  A great vacation with my wife wasn’t going to make up for being AWOL from home the rest of the year.

For the next few years I licked my wounds and threw myself into two more startups.  Over time I began to recognise and regret the tradeoffs I had made between work and relationships. I realised that if I ever wanted to get married again and raise a family then my life/work balance needed to radically change.