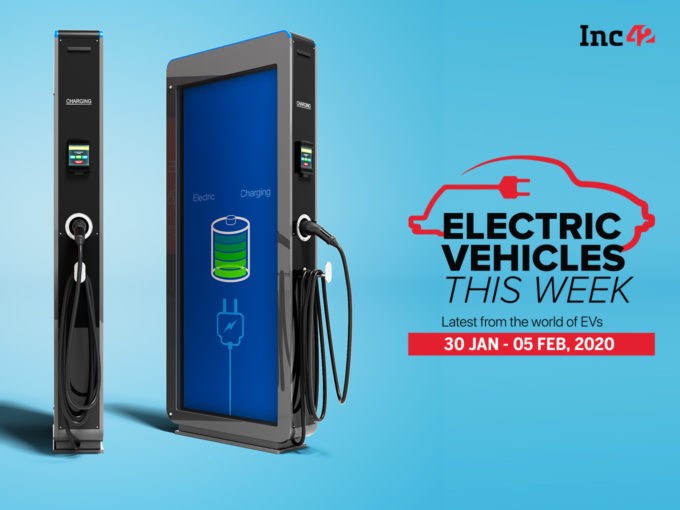 This week, finance minister Nirmala Sitharaman presented the Union Budget 2020 in the parliament. The budget focused on themes such as agriculture, water, sanitation, education, infrastructure, new economy and more. But it missed out one of its flagships movement — transformation to electric vehicles (EV) and emobility.

In last year’s budget, where the Indian government lowered the GST on EVs from 12% to 5%, and also introduced an additional income tax deduction of INR 1.5 lakh on the interest paid on the loans taken to purchase EVs. However, this year there was no direct benefit for the nascent emobility sector.

“This has ensured gradual increase in domestic value addition capacity in India. Customs duty rates are being revised on electric vehicles, and parts of mobiles as part of such carefully conceived Phased Manufacturing Plans,” Sitharaman added.

As per the recent announcements made by finance minister Nirmala Sitharaman, during the union budget 2020 presentation, the government has increased the import duty on electric vehicles to promote make in India. The government has proposed the following changes, which come into effect on April 1, 2020:

Chart Of The Week: Infrastructure Hurdles In India

Audi India head Balbir Singh Dhillon announced that the company will launch its sports utility vehicle (SUV) e-Tron. Dhillon also assured that the increased customs duty would not deter Audi’s decision to enter the Indian market. However, he also noted that it is going to be difficult to manufacture EVs in India until the company reaches a critical mass.

South Korean automobile company Hyundai is looking to launch a new mass-market EV in India within 2 to 3 years. Previously, the company had planned to invest $17 Bn in a period of six years to switch to electric and autonomous vehicles.

Maruti Suzuki has once again raised concerns about the demand for EVs in India, due to high costs and inadequate charging infrastructure. The company’s managing director Kenichi Ayukawa said that Maruti’s customer base comprises of people who are looking to buy affordable small and mid-sized vehicles. Therefore, they would not prefer going to EVs as they are more expensive compared to petrol or diesel-run vehicles.

Talking at the ongoing Auto Expo 2020, Maruti Suzuki’s MD added that the time of electric vehicles will come after a few years and then the company will work with customer demands. He also revealed the company’s plans to manufacture and sell a million “green vehicles” in the next couple of years.

State-run think tank Niti Aayog CEO, Amitabh Kant, said that the EVs might become cheaper than the internal combustion engine (ICE) vehicles in the upcoming three years. He also added that the cost of battery packs may fall to $76 per kilowatt-hour (or unit) in three years from its current $156 per unit.

Indian automobile maker Mahindra unveiled its first compact electric SUV eKUV 100 at the ongoing Auto Expo 2020. The vehicle will be launched this year at INR 8.25 Lakh. The vehicle has been powered by 15.9 kWh lithium battery and can cover up to 120 km on a single charge.

Mahindra Electric’s chief executive Mahesh Babu noted that the company is looking to export EV powertrain. Powertrains are made out of the main component — engine, transmission, driveshafts, differentials and the drive wheels — of any motor vehicle that generates power and drives the vehicle.

As per the economic survey of 2019-20, the sales of EV sales in India reached 280,000 units till November 2019. Out of these electric three-wheelers, which run on lead-acid batteries recorded the most sales.

French automobile maker Renault Zoe showcased its EV Zoe at the Auto Expo 2020. The vehicle was also showcased in 2018, however, this new model has been updated last year. The car can accelerate from zero to 100 Km per hour in 9.5 seconds, the company claimed.

Startup Of The Week: RevFin

Founded in 2018 by Sameer Aggarwal, RevFin is a consumer lending platform that finances electric three-wheeler loans in Tier 3 and Tier 4 towns. For this, the company ties up with original equipment manufacturers (OEMs) directly to acquire its customers and reducing the cost of the three-wheelers.

RevFin has set up its operations across West Bengal, Haryana, Bihar, Punjab, Uttar Pradesh, and Rajasthan. The company claims that its average customers are not very literate and have limited education, therefore they are excluded from traditional lending methods — banks and lenders. The company also notes that 85% of its customers have never taken a loan in the past.

The company relies on an alternative underwriting method, which is developed with the help of IIT Kharagpur engineers. The technology is a blend of psychometric and biometric tests that predicts the customer’s intention to repay a loan.

This week, General Motors released images and a teaser video of its Hummer EV pickup truck. Electric Hummer has been built in General Motors’ Detroit-Hamtramck manufacturing unit in Michigan and will be revealed on May 20, 2020.

Electrify America will set up its 400th EV charging point soon. The company plans to set up over 1700 DC fast-charging stations across the US in 20 months, which can charge up to 350 kW allowing drivers to charge 20 miles per minute.