Ather Energy to start deliveries of 450X scooters from November 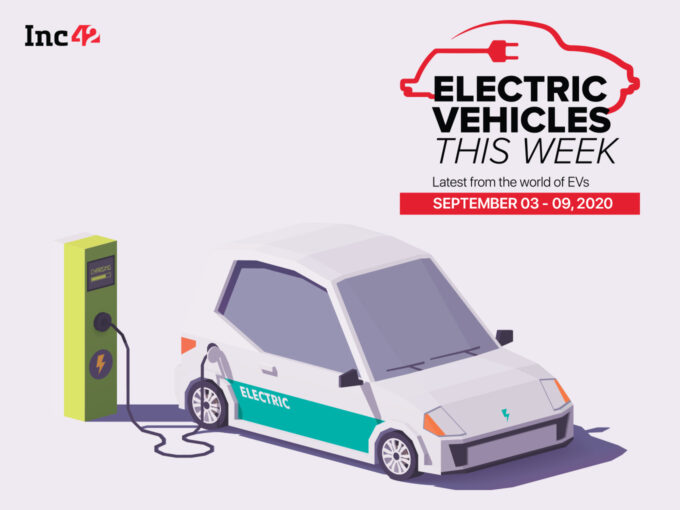 Energy Efficiency Services Limited (EESL), on September 10, announced that it has deployed 1,514 electric vehicles (EV) on roads under the National E-Mobility Programme.

The company, in the statement, also highlighted that the fleet of 1,514 EVs has travelled nearly 3 Cr green kilometres so far, saving 5,604 tonnes of carbon dioxide emissions.

“Despite restrictions such as ban on firecrackers during Diwali, and guidelines on the real estate industry, air pollution in India remains to be a major concern…. Emissions from vehicles that run on fossil fuels are one of the biggest contributors to air quality deterioration,” EESL said.

The objective of this programme is to create a sustainable demand for e-vehicles, promote domestic manufacturing for both EVs and lithium-ion batteries, reduce oil imports and GHG emissions from the transport sector.

Chart Of The Week: EV Incentives

Mahindra & Mahindra’s EV unit, Mahindra Electric Mobility, is in talks with at least five to six global vehicle manufacturers to supply of emobility components and integrated powertrains. The company expects its emobility business to help scale its business and achieve profitability in the near to mid-term.

The company is looking to supply EV components to both domestic and foreign manufacturers, including Ford Motor Company and its subsidiaries SsangYong Motor Company (SYMC). InFY20, the company has sold 14,500 electric three- and four-wheelers.

Ather Energy To Start Deliveries Of 450X Scooters From November

Hero MotoCorp-backed electric vehicles startup Ather Energy will begin fulfilling customers orders for its new 450X scooters from November 2020. The company was planning to start delivery of its latest offering earlier, but the pandemic had pushed back the company’s delivery timelines by a few months.

The deliveries will start in seven cities including Bengaluru, Chennai, Hyderabad, Pune, Kochi, Kolkata and Ahmedabad. It will start shipments in Mumbai and Delhi in December, while cities like Coimbatore and others will witness deliveries in the first quarter of 2021.

Greaves Cotton-owned electric two-wheeler company Ampere Vehicles has partnered with  CredR to facilitate the exchange of pre-owned bikes for its electric scooters. Under the partnership, the customers will receive their new vehicles within days of exchanging their previously owned model.

The exchange programme will be launched in Delhi NCR, Bengaluru, Pune and Hyderabad, and will later expand pan India. CredR will offer instant quotes for old petrol scooters and the exchange price will then be adjusted against the final cost of the new Ampere e-scooters.

Uber Plans To Phase Out All Fuel-Based Vehicles By 2030

US-based ride hailing service Uber is considering to phase out all internal combustion engine (ICE) engine vehicles, which run on fuel, to transform into a completely EV run service in US, Canada and Europe by 2030. The company aims to be entirely free of emissions by 2040.

Uber’s announcement related to the climate crisis came as it also released a report that acknowledged its vehicles are less climate efficient than the average vehicle. Uber said the carbon intensity, which it defines as the emissions resulting from every passenger mile, of its rides are 41% higher than an average-occupancy vehicle.

The UK govt has announced EUR 12 Mn funding plans for electric vehicle research projects, including research into batteries that charge in just six minutes. It aims to accelerate EV adoption, charging points and other tourist sites.