Electric Vehicles This Week: The Impact Of Lockdown Extension On EV Market & More

Electric Vehicles This Week: The Impact Of Lockdown Extension On EV Market & More

Yulu partners with ecommerce and hyper-local delivery companies, including BigBasket, Licious, Dunzo, Medlife and others

EV battery costs are expected to be nearly halved by 2025 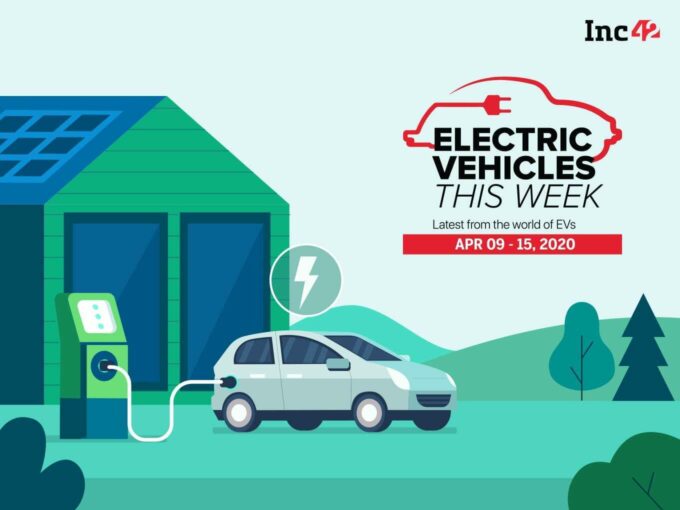 After the extension of lockdown (May 3, 2020) was announced by Prime Minister Narendra Modi this week, things have begun to look gloomy for various companies across industries.

While the manufacturing and mobility services economy has collapsed, there is still a glimmer of hope for the electric vehicle segment in India, which has been less impacted since the large scale adoption was yet to happen as compared to the traditional auto industry.

At the same time, due to the extension of lockdown, the electric vehicle owners might expect service issues post lockdown and might even have to arrange the charge and discharge of their vehicles. The same goes for petrol and diesel vehicles as well for their lead-acid starter batteries. Many industry experts suggested that the government should use this elongated lockdown to create an exit plan.

Sharing the ground reality of the industry, Maxson Lewis, managing director at Magenta Power told Inc42 that the demand derivative for electric vehicles is linked to overall auto demand which has been and will continue to be impacted, pushing the electric vehicle business investments plans out by months.

Further, Lewis said that this extended lockdown could also mean that traditional auto may look towards electric vehicles as the reset plan.

Vikrant K Aggarwal, director at EVI Technologies also said that the entire auto sector is currently witnessing a 10% slowdown in sales, and it has affected the electric vehicle industry the most as its compound annual growth rate (CAGR) is bound to suffer due to slow down of new bookings.

“Since the market size of electric vehicle in India is very small, just 1% of the total motorized vehicles running in India, its growth require constant nurturing,” said Aggarwal.

Coming to the electric shared micro-mobility space, Bengaluru-based Yulu recently partnered with several ecommerce and hyper-local delivery companies, including BigBasket, Licious, Dunzo, Medlife, Lalamove and AutoBrix among others, thereby utilising its manpower and fleet of its Miracle electric vehicles, to ensure the delivery of essential needs reaches customers during Covid-19 lockdown. Currently, it is working with home delivery companies in Bengaluru and soon will be available in other cities like Delhi, Mumbai, Pune and Ahmedabad.

“Covid-19 has affected the world at large, but this has also given us a glimpse of the good that exists. Several novel initiatives have been taken up by brands across the world to serve people impacted by this situation, and we are in it together,” said Amit Gupta, cofounder and CEO of Yulu. 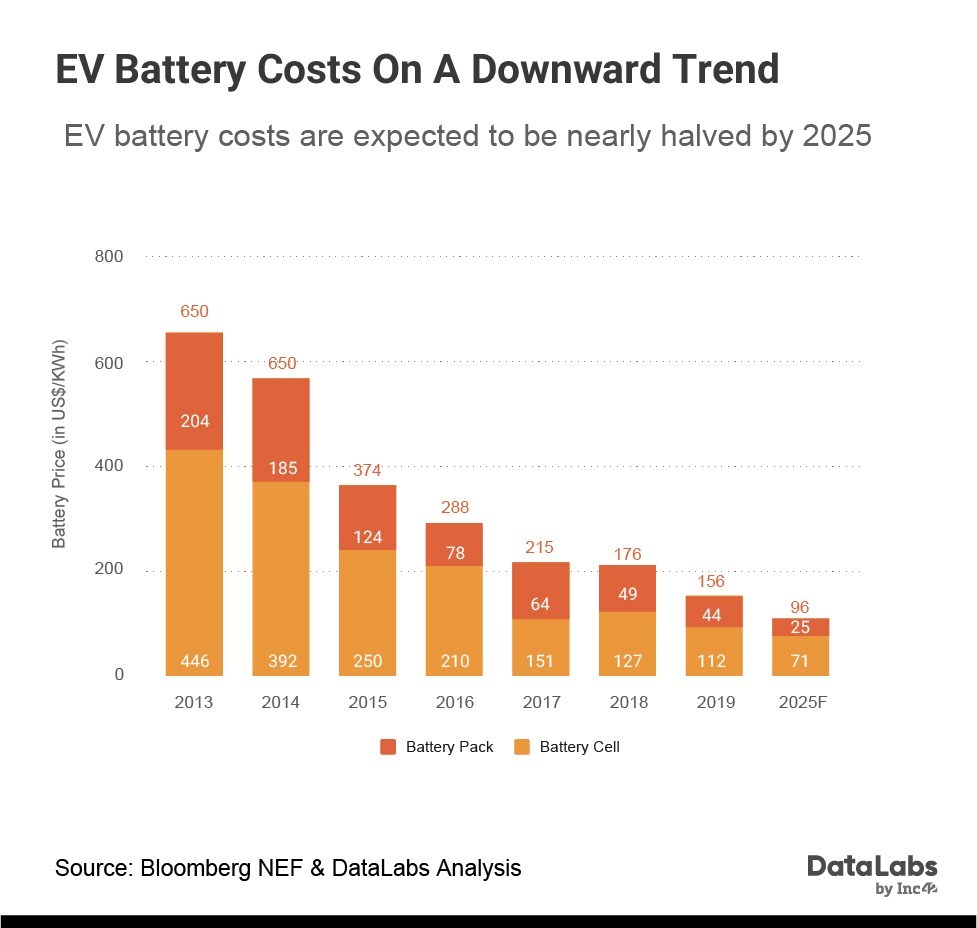 The British brand, owned by Chinese auto giant SAIC Motor — MG Motor India —  with its corporate headquarters in Gurugram and manufacturing facility in Halol, Gujarat, recently announced that it will be contributing INR 2 Cr to government hospitals and health institutes in India. Also, It launched the Affordable Ventilator Challenge to fight the coronavirus pandemic to bridge the shortage of ventilators in the country. Furthermore, MG Motor in partnership with Singapore-based Medklinn has announced its plans to explore sterilization technology for its cars (Hector and ZS EV) for a cleaner and safer in-car experience.

South Korean automaker Hyundai Motor recently announced that it has handed over advanced diagnostic kits to Indian Council Of Medical Research (ICMR), to test the coronavirus patients. Its testing kits are said to be capable of diagnosing 25K people and are also exported to other countries, including the US and Europe among others.

Earlier this week, the company had also announced to donate INR 5 Cr to Tamil Nadu Chief Minister Relief Fund. In addition to this, Hyundai aims to support the government in fabrication of ventilators and other medical equipment like masks, personal protective equipment (PPEs) and others.

Bajaj-KTM To Launch Electric Mopeds In India By 2022

The Indian auto giant Bajaj Auto in partnership with Austrian motorcycle company KTM will be launching electric mopeds in India, where the commercial production is expected to start in 2022, in Pune. According to a media report, the light-weight electric vehicle will be powered by low power electric motors (5 – 10 kWh batteries). 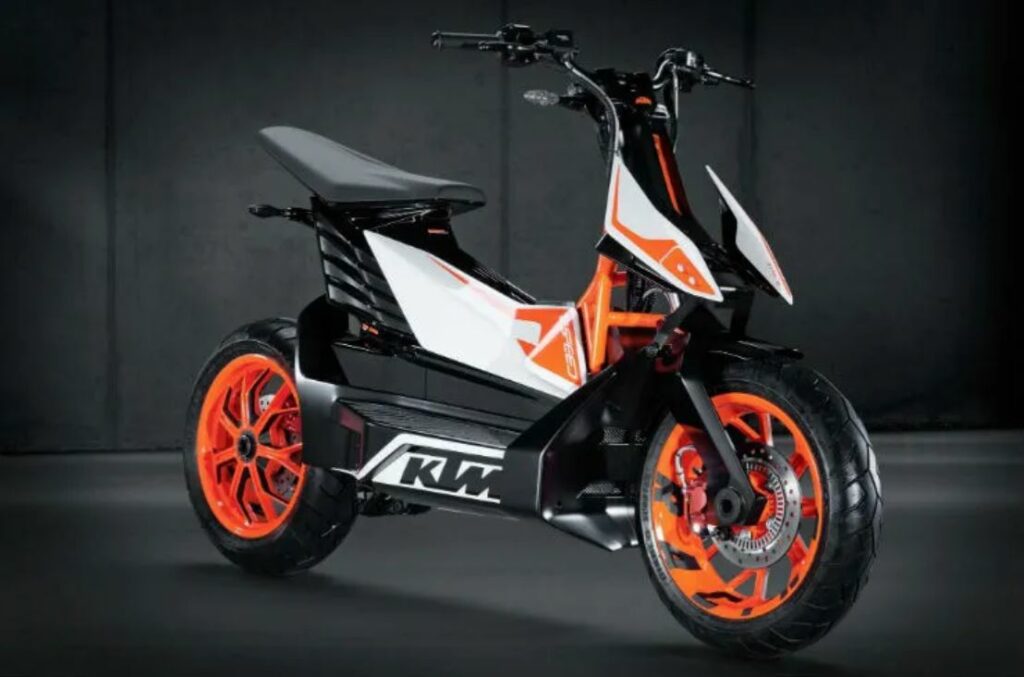 The Indian electric vehicle ambition which is expected to have 30% penetration of electric vehicles on Indian roads by 2030 is witnessing massive support from various stakeholders, including government, both state and central, followed by electric vehicle manufacturers, charging infra players, electricity providers and electric mobility solution providers. The question is when will this happen and who will lead the revolution?

In the latest playbook series focusing on the electric vehicle market, Inc42 spoke to a lot of industry players to check the feasibility of the Indian government’s move, acceleration of electric vehicles industry, automation in production, etc.

The future of mobility in India is electric. It is only a matter of time that the country makes a bigger splash in the global green mobility market. According to the World Economic Forum and Ola Electric, the Indian auto industry is one of the fastest-growing markets in the world, however, from an electric vehicle perspective, it just makes up to 0.5% of the global electric vehicle market. The question remains whether India in the coming years emerge as a global leader in the electric vehicle market.

With the price of batteries coming down each year, the cost of electric vehicles should also reduce. However, that is not the case. At present, electric vehicles are far more expensive than petrol or diesel cars. Clearly, there is a shortage of battery raw materials in the country. To bridge the gap, global manufacturers such as CATL, LG Chem, Panasonic, BYD and Samsung SDI among others are all looking for alternative battery technology such as solid-state and fuel cell batteries.

DataLabs by Inc42 estimates that the battery price will reach $96 per kWh by 2025, which will subsequently reduce the purchase cost of EVs in coming years.

Lessons From China: Why Battery Recycling Is Crucial For EV Growth In India

According to EV Sales, Tesla Model 3 leads the sales in Norway in March, where it broke all possible records, with 5,315 units, followed by VW e-Golf and Mitsubishi Outlander. Interestingly, more than 810 registrations were recorded in March. On the other hand, the Audi e-Tron jumped to the fifth sport this March, with 680 deliveries. Interestingly, the report further highlighted that more than seven out of ten new cars sold in the country were either electric or plug-in hybrid vehicles.

American multinational investment and financial services giant, Goldman Sachs recently said that the significant pullback in US auto stocks creates an opportunity for investors to own long-term growth names including Tesla Inc and other electric vehicle companies.

Mark Delaney, an analyst from Goldman Sachs said that they expect the total cost of ownership for electric vehicles to become increasingly attractive over time as battery prices fall and internal-combustion engine cars have added costs to meet emissions requirements. In other words, Goldman’s newly created global autos team expects electric-car penetration to rise to almost 15% by 2030, from 2% in 2019.