Important Developments From The World Of Electric Vehicles [28 June-5 July, 2018] 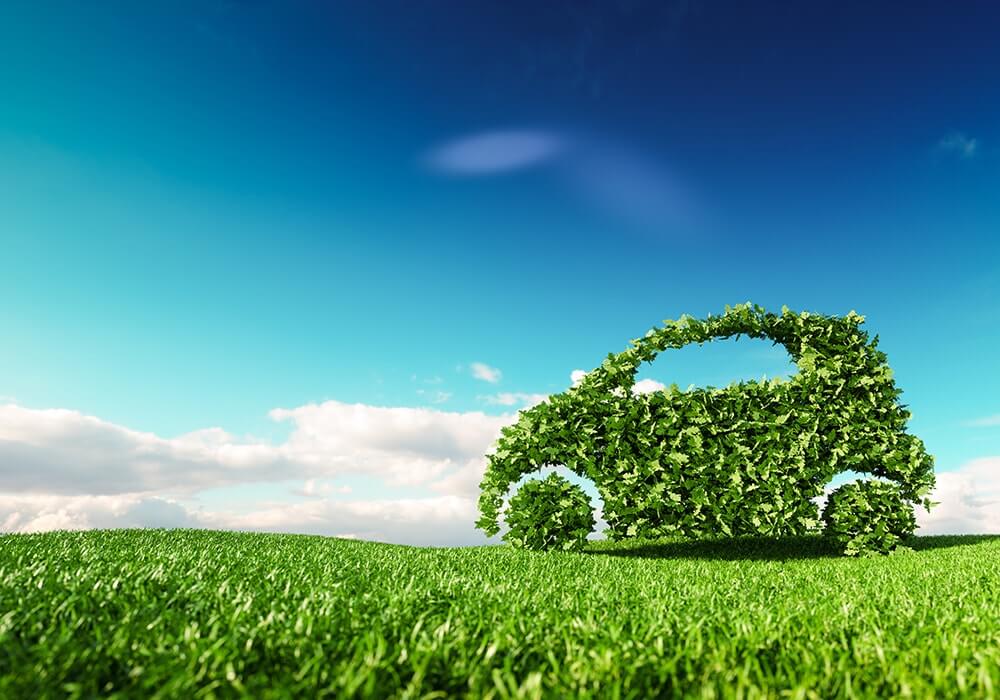 According to the International Energy Agency (IEA) and its latest Global Electric Vehicles Outlook report, plug-in electric vehicles (EV) are becoming commonplace on roads all across the world. It states that the number of electric and plug-in hybrid cars globally exceeded 3 Mn in 2017, a 54% increase compared to 2016.

China continues to be dominant in the electric vehicles market, accounting for half of the total EVs sold globally last year. Nearly 580K electric cars were sold in China in 2017, a 72% increase from the previous year. The US sold the second-highest number of EVs — about 280K — in 2017, up from 160,000 in 2016.

Meanwhile, Norway accounted for 39% of new car sales. In Iceland, new EV sales were 12% of the total car sales while their share in Sweden was 6%. Germany and Japan also saw strong growth in EV sales, which more than doubled in both countries since 2016.

One of the biggest catalysts for EV growth has come from battery costs declining, the IEA highlighted.

In India, too, electric vehicles are slowly gaining traction. States such as Karnataka, Maharashtra, Uttar Pradesh, Andhra Pradesh, and Goa have shown commitment to replacing diesel- and petrol-fuelled vehicles with EVs. Meanwhile, Telangana has become the fourth state to have its own electric vehicles policy.

On the other hand, Bolivia has shown a keen interest in helping India in acquiring lithium used for manufacturing EV batteries. According to Bolivia’s Ambassador to India, Sergio Dario Arispe Barrientos, his country is willing to sign a preferential trade agreement (PTA) with India for select goods.

We bring you all these developments and more in the 31st edition of Electric Vehicles This Week.

Telangana unveiled its own electric vehicles policy on June 29. The policy is said to have included several incentives for EV manufacturers along with sops for setting up charging stations.

In October 2017, when the state shared its draft policy, Jayesh Ranjan, the state’s IT and Industries Secretary said that the electric vehicle policy has three components — one for manufacturers, another to support for users who want to shift to electric vehicles, and a third on to support infrastructure.

Karnataka is the first state in India to have launched a state EV policy in 2017 followed by Maharashtra in February this year. In March, the Uttar Pradesh government also launched the Draft Uttar Pradesh Electric Vehicles Manufacturing Policy. In the same month, Andhra Pradesh announced it would soon come up with a comprehensive EV policy. In January 2018, the Goa government announced to exempt electric vehicles from road tax.

Even as the Andhra Pradesh government plans to introduce 1-1.5K electric vehicles, the state energy department is said to have prepared a concrete plan of action to launch 50 EV charging stations.

The government has partnered with the state’s transmission corporation, AP Transco, to facilitate setting up of charging stations in Amaravati, Vijayawada, Guntur, Visakhapatnam, Tirupati, and Tirumala. The first of such charging stations was announced to be set up at the Interim Government Complex in Velagapudi.

The state has committed to deliver 330 EVs starting from July. The Energy Efficiency Services Ltd (EESL) is in charge of delivering the EVs in a phased manner.

The Tata Group plans to adopt a ‘One Tata Approach’ to offer a complete turnkey solution for companies, shared-mobility providers, government agencies to address EV infrastructure and cost issues. It is considering to set up a working group of key executives from Tata Motors, Tata Power, Tata Consultancy Services (TCS), Tata Realty, and Tata Finance.

The company has created an electric mobility division to enable a special focus on the segment Under its new plan, Tata Motors will offer the car, while Tata Power will set up charging stations, and Tata Realty will help build physical infrastructure, depots, or dedicated EV stations.

TCS will help develop an app or software platform — both at the company-end and at the customer-end — or even offer back-end support. At the same time, the company’s Motors Finance will offer financing or leasing solutions to EV buyers.

Swedish luxury car major Volvo has announced it will manufacture electric vehicles in India over the next few months. The company has plans to increase the number of models that it assembles in India.

The Times of India cited Charles Frump, MD for Volvo Cars India, as saying, “We want to take a lead in the introduction of green technologies in India, especially with the government’s focus on electrics and other cleaner solutions.”

Soon after India confirmed the operation of a joint venture named Khanij Bidesh India Ltd, or KABIL, to source and acquire minerals from overseas for EV manufacturing, Bolivia, which mines the largest reserves of lithium in the world, has made an offer to help India source lithium for EV batteries.

“We have the largest lithium reserves. We would like India to explore this opportunity…we have already sent a letter that we want to start the negotiations on the PTA,” Barrientos said.

Hyundai May Launch Electric Kona In India Next Year

Korean automaker Hyundai Motors has revealed long-term plans to manufacture electric vehicles in India. Hyundai Motors CEO and managing director Y K Koo recently stated that his company would launch an electric sports utility vehicle (SUV) in the second half of next year.

According to reports, the company will initially import a ‘knocked-down’ unit of the car, and will likely assemble it at its Chennai-based plant. The car will have a limited launch, across 15 cities only.

Hyundai currently offers Kona, an electric SUV, but it is yet to be launched in India.  The company claims that Kona has a driving range of up to 482 km and has both fast and normal charging options.

Suzuki Motorcycle India, the local two-wheeler subsidiary of Japanese automaker Suzuki Motor Corp, is planning to bring in electric two-wheelers to the Indian market by 2020. The company has also committed to investing about $246 Mn (INR 1.7K Cr) in setting up a battery-making facility in Gujarat.

Suzuki also plans to launch electric motorcycles in the country. Suzuki Motorcycle’s managing director, Satoshi Uchida, had earlier said that the company wants to support the Indian government’s vision of having electric vehicles on the country’s roads and that Suzuki Motor Corp’s investment in the battery factory would be of great help in this direction.

Renault To Invest More Than $1.1 BN In Electric Vehicles

French automaker Groupe Renault has announced that it will accelerate the deployment of its ‘Drive The Future’ strategic plan by investing more than $1.1 Bn (€1 Bn) in the development and production of electric vehicles in France. It has formed an alliance with Nissan and Mitsubishi to strengthen the leadership of its French industrial base in the growing market for electric vehicles.

According to the plan, the new alliance will create a second Renault electric vehicle production site Double ZOE and will launch EV production at its Flins site. It also announced that it will invest in its site at Maubeuge for the production of the next generation of the Kangoo vehicle family, including the electric utility vehicle Kangoo ZE.

PTI cited HMIL managing director and CEO Y K Koo as saying, “An electric SUV is among the eight products planned to be launched here between this year and 2020. It is expected in the second half of 2019. Initially. we will import it as a completely knocked-down unit.”

According to Koo, the company plans to produce EVs from its Chennai plant in the long term. HMIL has also announced to launch its electric SUV in 15 cities in India. It maintains that pricing and target volume are still being finalised.

Renault already offers a car-sharing service in France called ‘Renault Mobility’ and operates 500 Zoe electric cars in “free floating” in Madrid. PSA earlier announced it would launch a “free-floating” car-sharing scheme in Paris in the last quarter of 2018.

Paris mayor Anne Hidalgo told a news conference that other companies have also expressed an interest in plans to get involved in a car-sharing project for the city.

Chinese technology company Contemporary Amperex Technology Ltd (CATL) has announced it will build a factory to produce lithium-ion cells used in battery packs for electric cars in the German state of Thuringia.

An official signing ceremony has been scheduled to take place at a summit in Berlin with China’s Premier Li Keqiang on July 9.

Global and local automakers are bolstering their electric vehicle capabilities and China, the world’s largest EV market, has emerged as a leading player due to the Chinese government’s push to encourage zero-emission vehicles in the country.

US automaker General Motors Co (GM) has announced that it will supply advanced batteries to Japan’s Honda Motor Co, aimed at reducing the cost of future electric vehicles at both automakers after 2020. The production of the new batteries is expected to start around 2021.

GM said the new batteries, which it has branded EME 1.0 and first described last fall, will be smaller than current EV batteries, can be charged more quickly, and will provide more energy.

Battery packs, typically the most expensive component of electric vehicles, can cost $10,000 to $12,000 — nearly a third the price of GM’s Chevrolet Bolt EV. GM aims to cut that price nearly in half by 2021, reports Reuters.

Stay tuned for next week’s edition of Electric Vehicles This Week.