Electric Vehicles This Week: Tamil Nadu To Get Its EV Policy Soon And More

Electric Vehicles This Week: Tamil Nadu To Get Its EV Policy Soon And More

Delhi government has floated global tenders for about 375 electric buses 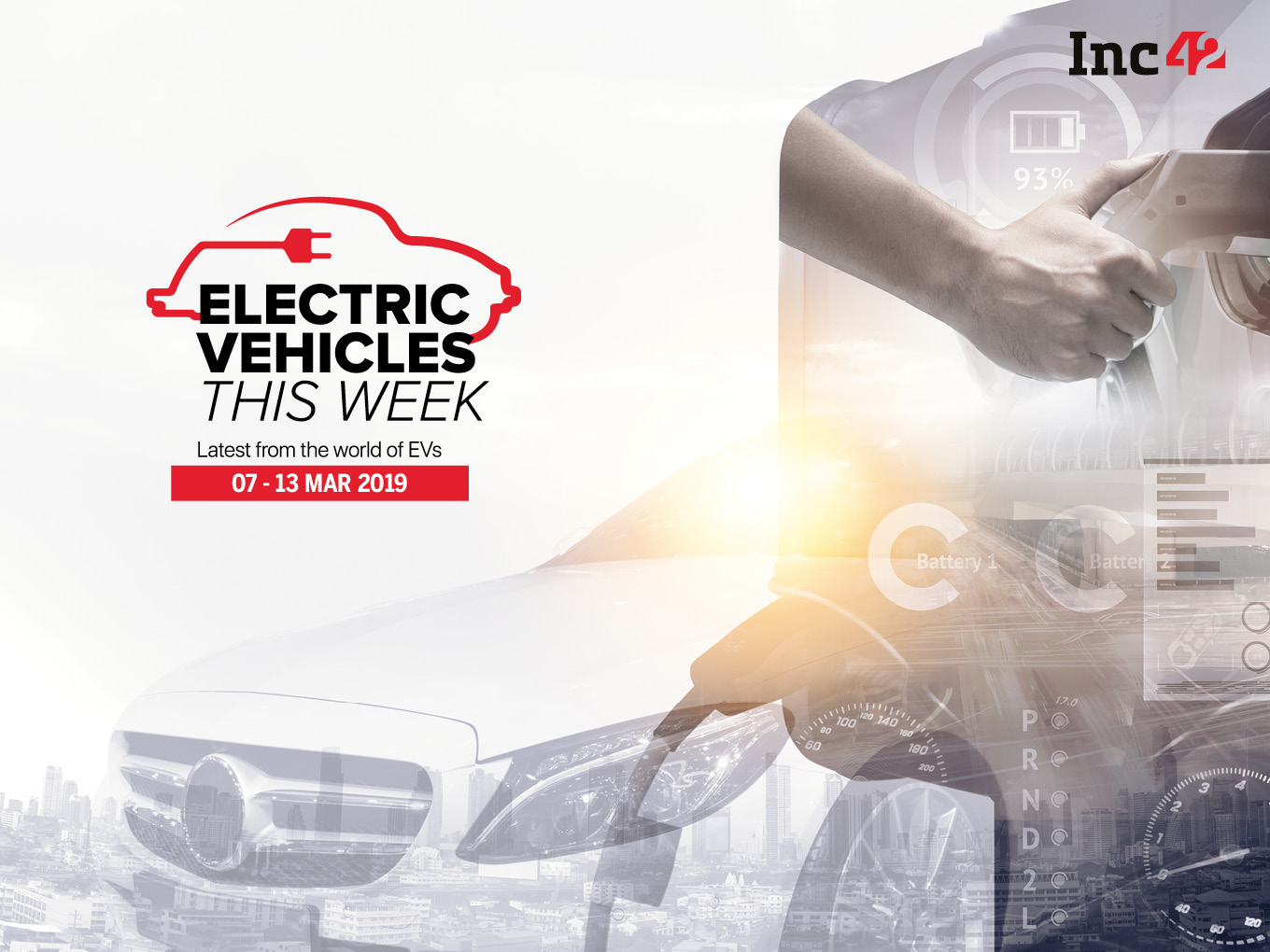 In a push to encourage local manufacturing of electric vehicles in India, the central government formed the National Mission on Transformative Mobility and Battery Storage policy to finalise the framework for a Phased Manufacturing Program (PMP) for local EV production.

The initiative which is being led by NITI Aayog CEO Amitabh Kant is aimed at increasing the production of electric vehicles (EV) and its components within the country.

In a bid to dissuade the automobile makers from relying on imported parts, the central government will also increase the customs duty on the import of electric vehicle parts and batteries in a phased manner.

According to the notification issued by the Department of Heavy Industries:

Tamil Nadu government is reportedly looking to release its electric vehicle policy. Citing state transport secretary J Radhakrishnan, an ET report said that the policy will bring change in the development regulations for installing charging points in buildings and public charging stations (PCS). This announcement came at a time when carmaker Hyundai is planning to launch its electric vehicle in Tamil Nadu.

South Korean automaker Hyundai is reportedly in talks with Bengaluru-based cab hailing giant Ola for an investment up to $200 Mn – $300 Mn for development of its electric vehicle segment. The talk about the investment deal has reached the second stage and may fructify in the next six weeks. Bhavish Agarwal-owned Ola has been continuously taking steps to adopt the greener vehicles for its fleet. It has also been reported that Ola is in talks with Indian automakers for procuring custom made electric and connected vehicles for its own fleet of cabs. It is planning to purchase vehicles, especially from three and four-wheeler segment and has plans to deploy 1 Mn electric vehicles on Indian roads by 2022.

Arvind Kejriwal government has floated global tenders for about 375 electric buses under two clusters. This forms the first phase of the 1,000 buses to be deployed by the state government. This development comes in after the Delhi Cabinet approved a proposal to deploy 1,000 low-floor electric buses in the state, earlier this month. The state government has been bullish on its plans to encourage adaptation of electric vehicles to curb the growing pollution in the country.

German carmaker Volkswagen said that it plans to ramp up its electric vehicle production and manufacture 22 Mn vehicles in the next 10 years.  According to the company, it wants to reduce its carbon footprint over vehicle life cycles by 30%. According to the reports, previously the company had aimed for producing 15 Mn vehicles. However, last year 50,000 battery-only vehicles were produced by Volkswagen.