Electric vehicles will be the next big thing in India, says Amitabh Kant 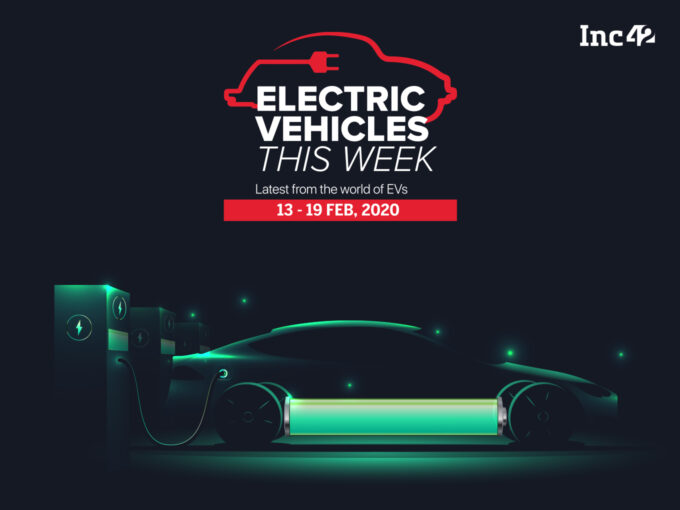 This week, the Supreme Court of Indian summoned transport minister Nitin Gadkari to elaborate on the government’s policies in regard to the transmission from petroleum-based vehicles to electric vehicles (EVs).

The SC bench comprised of Chief Justice Sharad Arvind Bobde, Bhushan Ramkrishna Gavai and Surya Kan highlighted that Gadkari has made several statements about EVs and its projected growth, but there has been not much development on that front. The bench believes that it would be better if Gadkari could explain the policies and why EV adoption has not increased in the country.

This was in response to a plea filed by three non-government organisations — the Centre for Public Interest Litigation (CPIL), Common Cause, and Sita Ram Jindal Foundation — in March 2019. The trio urged the apex court to direct the government to take steps for faster adoption of EVs and safeguard citizens’ fundamental rights to breathe clean air, health, and clean environment.

Chart of the week: EV Production In India

Two-wheelers are set to dominate the Indian market for the foreseeable future when it comes to electric vehicles. Buses and cars are expected to make up a fraction of the market, which explains why more two-wheeler makers are jumping on the EV bandwagon.

Minister of road transport and highways, Nitin Gadkari, announced that the Delhi-Mumbai Expressway will have a separate lane of EV. Gadkari has also urged private players to invest in the project, saying that they will be giving the central government’s support in terms of policies as well.

Praveer Sinha, CEO and MD at Tata Power, announced that the company will install 700 new chargers for home and public spaces. Tata Group-owned retail outlets such as Croma, Westside and Titan, along with the Taj chain of hotels will also host such charging stations.

Hero To Invest In R&D On Alternative Mobility

Indian two-wheeler giant Hero MotoCorp is planning to spend INR 10K ($1.4 Bn) on research and development of alternative mobility solutions in the upcoming 5 to 7 years. The fund will be used to set up sustainable manufacturing facilities, network expansion, and global brand building.

Niti Aayog’s CEO Amitabh Kant said that the Indian emobility sector is going to be the next big opportunity. Kant added that with the cost of batteries coming down, battery storage technology will also emerge as a lucrative sector in India in the next five years.

Announcing Our Investment in @Electorq! An intelligent e-scooter design company building for India.https://t.co/D21Kl3vwh4
A thread 👇 pic.twitter.com/6irmu7DfMa

Startup of The Week: FAE Bikes

Founded in 2016 by Dheeraj Reddy, Sameer Ranjan Jaiswal and Yugraj Shukla, FAE Bikes is an e-bike rental platform that is backed by the government of Karnataka. The company provides high-speed dockless electric scooters, enabled with the internet of things (IoT), in Bengaluru.

Recently, FAE has come up with affordable solutions to tackle the lack of charging infrastructure in India. The company has developed a low-cost charging station Kirana Charzer, which costs only INR 10K. The company is planning to set up chargers in nearby Kirana stores and retail outlets.

Hyundai recently released a photo of an upcoming electric car, Prophesy. According to a report in CNET, Hyundai sees Prophesy as a concept that will “establish itself as a design icon” for its electric vehicle lineup.

German luxury carmaker Audi has recently told Auto Express that it is planning a full range of electric cars, which will also include a small urban model. The EV is expected to cost around EUR 20K  and can cover up to 209 KM to 241 Km.