Porsche to launch its EV Taycan in 2020

TVS to integrate solar, wind energy to power its e-scooters 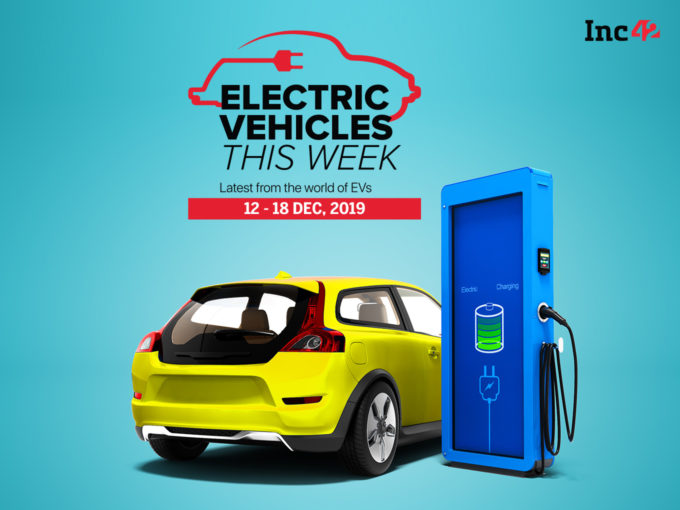 As the Electric Vehicle (EV) market is heating up with multiple launches, developing an environmentally friendly, affordable, capable and efficient charging infrastructure is equally important. Addressing the need, scientists at the Indian Institute of Science Education and Research (IISER), Pune, are working on indigenously producing graphene to charge the Indian fleet.

So far, the team of scientists has created 1gm of reduced graphene oxide (rGO), a modified version of graphene, in the lab. The rGO is said to be 100 times cheaper than the commercial rGO available in the market. The scientist claims to make the material at INR 700, whereas the international companies produce the same element for INR 70 K.

The team of scientists from IISER has got funding from the department of science and technology. The team adds that they are working to create the supercapacitors, in partnership with SPEL Technologies Pvt Ltd, for the project and to evolve India-specific applications.

Chart of the week: Rise of EV

This week, motorcycle manufacturer TVS Motors announced that it will be investing INR 6 Cr in clean energy generation through solar and wind power for its EV charging infrastructure in the financial year 20, ending March 2020. The investment to implement clean energy in its vehicles is a part of TVS Motor’s ‘Group Captive Mode’ initiative. The company will also invest in developing new technologies that cut down on emissions.

Porsche To Launch EV Taycan In India By 2020

German automobile giant Porsche has announced the launch of its all-electric car Taycan for India users. The vehicle will be launched in July 2020 for $370K (INR 2.61 Cr) for the ultra-rich Indians. Outside India, Taycan’s base price would be $100K, costing around $150,900 in total.

State-run Energy Efficiency Service Ltd (EESL), in collaboration with South Delhi Municipal Corporation (SDMC), set up the first EV public charging station in South Delhi. The duo plans to set up 75 such charging stations across South Delhi to not only boost EVs but also make them more convenient for the users.

Google Maps To Enable Route Tracking For E-Buses In UP

The government of Uttar Pradesh has decided to map the real-time updates of 130 routes in 14 cities to make travelling through ebuses more convenient for the users. The government will be deploying buses in cities like Varanasi, Jhansi, Gorakhpur, Prayagraj, Agra, and Lucknow.

Startup Of The Week: B:Live

Founded in 2017 by Samarth Kholkar and Sandeep Mukherjee, B:Live offers curated tours on its smart ebikes, in collaboration with multiple state governments, to encourage the early adoption of EVs in tourist destinations. B:Live started its operations in Goa last year and has recently expanded its services to two cities in Rajasthan — Jaipur and Jodhpur. The company wants to further expand its presence in Rajasthan by including more cities.

Currently, the ebikes operate in five states across India — Rajasthan, Gujarat, Goa, Karnataka, and Puducherry. It usually caters to guests from premium hospitality chains like Taj, Club Mahindra, Marriott, Hyatt, Hilton, Novotel, Radisson, among others. The platform has also got support from the Ministry of Tourism and state governments of the state it operates in.

Ebikes To Be The Top Selling EV Of Next Decade

According to a report by Deloitte, ebikes will outnumber the sales of electric vehicles around the world. The report expects that 130 Mn ebikes will be sold globally between 2020 and 2030.