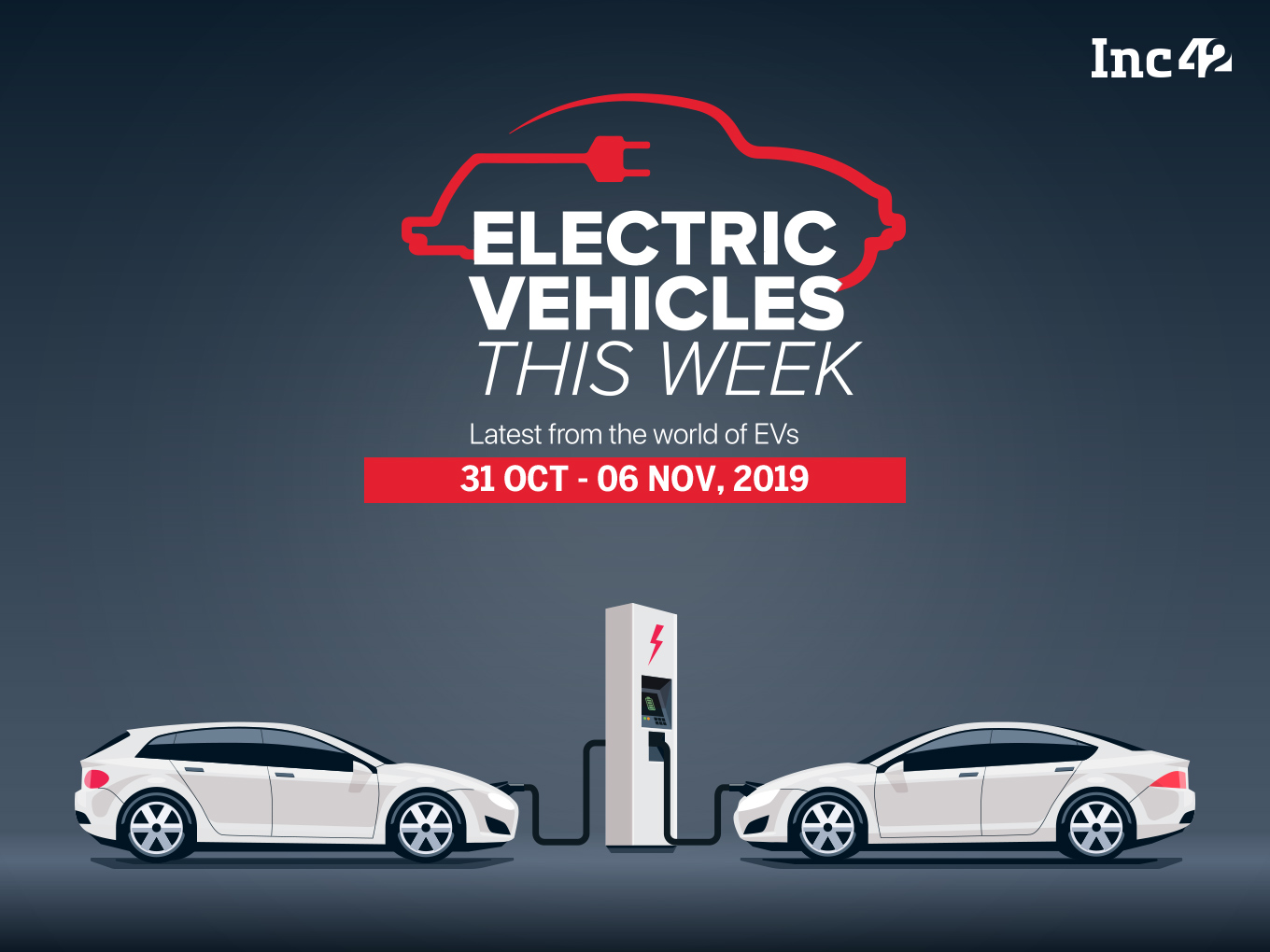 The biggest news last week was the Delhi pollution being declared as a national emergency. The alarm was raised after the Air Quality Index (AQI) for certain places recorded 999 in the “hazardous” category.

Thankfully, Delhi’s Odd-Even car rationing scheme was scheduled to be implemented in the same period. The 12-day scheme started on November 4 and is expected to go till November 15.

This year, the Aam Aadmi Party (AAP)-led Delhi government has decided to exempt all private electric vehicles (EV) from the scheme. Besides Electric Vehicles, two-wheelers and commercial vehicles are exempted as well.

This week, Mahindra and Mahindra’s (M&Ms) CEO Pawan Goenka announced that the company had registered the highest number of monthly EV sales in October 2019. The company managed to sell 2,000 vehicles from its range of electric models — eVerito, eAlpha and Electric Treo. Electric three-wheeler Mahindra Treo reportedly recorded the highest number of sales out of the three.

Gurugram-based Delhivery announced, on November 5, that it is planning to enhance its delivery services by infusing EVs and drones into its logistics. The company believes that by integrating new-age technologies, it will be able to increase its operations in India. Moreover, it believes that EVs are a scalable option, but the company is still awaiting approval for drone integration.

Indian EV To Become Cheaper Than US: Report

A report, Breakthrough Batteries Report, by US-based Rocky Mountain Institute (RMI) suggests the price of electric two-wheeler and three-wheelers in India will lower down by 2023, while the US will lag behind in this term for at least seven years. Moreover, the report highlights that these vehicles will account for over 80% of electric passenger vehicles sold by 2030.

Zoomcar, on November 6, announced that its EV fleet has covered over 1 Cr Km of distance in the last quarter. The company added that it has over 500 EVs in its fleet, and plans to add an addition of 1,000 by next year. However, the aim is to scale the total electric vehicles fleet to 10K by 2020.

Startup Of The Week: SUN Mobility

Founded in 2017 by Chetan Maini and Uday Khemka, Sun Mobility works on designing innovative solutions for EVs and clean energy. The startup’s most famous product is swappable batteries and a network of quick interchange station, which allow EV drivers to swap batteries within two minutes.

The company has already tied up with Uber India to put this battery to use in the company’s electric fleet. This week, the company also signed a deal with Piaggio Vehicles, the Indian unit of the Italian Piaggio Group.  Through this partnership, both companies want to expand their network in Pune and Bengaluru.

German Chancellor Angela Merkel has announced that the government wants to set up at least a million charging stations in the country by 2030. This is a five times hike that the already existing 20K station across the country. Merkel also emphasised on the need for the industry to participate in the event.