Electric Vehicles This Week: Delhi May Waive Off Road Tax On EVs, GAIL To Set Up Charging Stations, And More

Electric Vehicles This Week: Delhi May Waive Off Road Tax On EVs, GAIL To Set Up Charging Stations, And More 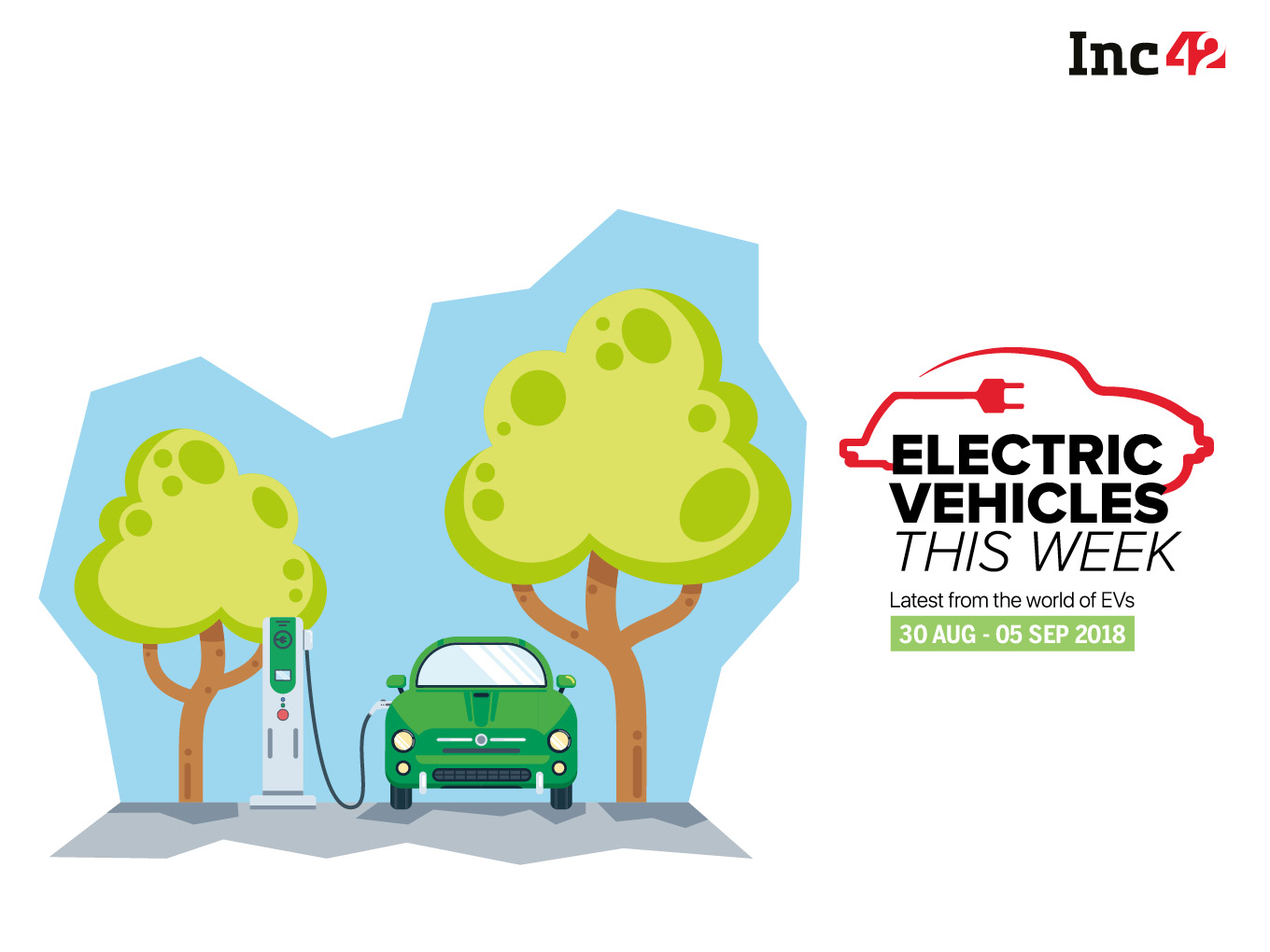 Come September 7, Prime Minister Narendra Modi will unveil the much-awaited Phase II of the Faster Adoption and Manufacturing of Hybrid and Electric Vehicles (FAME) scheme, which is being rolled out with an outlay of $776.5 Mn (INR 5,500 Cr).

Modi will also reveal the roadmap for EV charging infrastructure during the inauguration of MOVE, a global mobility summit to be organised by government think tank NITI Aayog in Delhi on September 7-8. The conclave will discuss the mobility landscape of India, future possibilities, and the country’s preparedness for meeting opportunities and challenges in the sector.

At a time when countries across the world are transitioning from traditional to clean energy sources, Fatih Birol, executive director of the International Energy Agency (IEA), is betting big on the role India has to play in the future energy landscape.

In an interview with ET, Birol said there are currently three transformational changes happening in the global energy landscape — change in the role of the US, which is turning into a major exporter, China’s adoption of clean energy, and India becoming one of the most important countries in terms of energy demand.

“Cost of batteries are coming down and several governments like here in India are giving strong support to electric cars on its purchases,” Birol said.

Meanwhile, cities with high population density such as Delhi, Faridabad, and Kanpur, coupled with a large passenger base, are considered to be a major factor driving the growth of the market in this region, a report by market intelligence and consulting firm Prescient & Strategic (P&S) Intelligence said.

Let’s take a look at EV developments in the 39th edition of Electric Vehicles This Week.

The state-run utility NTPC Ltd (formerly known as the National Thermal Power Corporation Ltd) has initiated setting up its electric vehicle charging station at Simhadri in Vizag, aimed at promoting clean energy transportation and e-mobility in the country.

The charging station, designed by an inhouse engineering team at Simhadri, is said to be capable of charge three EVs simultaneously at the facility, the company said in a media statement.

Further, the NTPC announced that the charging station will be fully equipped with amenities such as parking bays, lighting, power supply, and Wi-Fi access for automated monitoring, CCTV surveillance, etc.

The ministry of heavy industries (MHI) is reportedly drafting a cabinet note on ways to set up of infrastructure for EV charging stations. To promote setting up of EV charging infrastructure across the country, the government may earmark a corpus of $139.8 Mn (INR 1,000 Cr) for subsidies in FAME II.

The government plans to set up at least 1,000 charging stations across the country, on major highways such as Delhi-Chandigarh, Delhi-Mumbai, and the Mumbai-Surat-Pune stretch.

According to the plan, a charging station will be installed every 25 km on these highways. Further, there will be additional focus on cities with populations exceeding 4 Mn. The government plans to deploy about 5,000 electric buses in FAME II scheme, which will expire in 2023.

Gas transportation and marketing company GAIL India has announced that it will build solar plants and EV charging stations with an aim to leverage emerging businesses opportunities, according to a senior official of the state-owned PSU.

Given the government’s future plan to shift 30% of all vehicles to EVs by 2030, GAIL feels that the requisite charging infrastructure is yet to be developed in India.

According to a shareholder notice, GAIL wants to invest in “startups in core business areas (of natural gas, petrochemicals, and energy) and non-core areas (such as health, social and environment, safety, and security) either directly or indirectly.”

The company claims its EV will have a 30kW motor sourced from Electra EV, an electric vehicle powertrain and associated solutions company. It further claims that Tigor EV can ply up to 130 km on a single charge and that it can be charged up to 80% in six hours. Meanwhile, it will also include an optional fast charging system that reduces the charging time to one-and-a-half hours.

The company plans to launch the EV in a phased manner and also plans to set up a number of charging stations across the country.

While addressing the Assam Electric Mobility Conclave held recently, the state’s transport minister, Chandra Mohan Patowary, said that the Ministry of Road Transport, Highways and Shipping would roll out 10 new buses fuelled by methanol on to city roads.

The minister said that this will be a pilot project in public transportation, aimed at creating a methanol economy as an alternative against high-cost petroleum products such as diesel and petrol.

The Managing Director of the Assam State Transport Corporation, A P Tiwari, said that 14 electric buses would also be procured in Phase I of the pilot project under the FAME scheme. He added that special incentives would be rewarded to operators who choose to ply electric vehicles.

Naidu wishes to introduce electric buses in the capital city of Amravati, and also to develop the EV charging infrastructure.

The Andhra Pradesh government earlier announced that it would come up with a comprehensive electric vehicle policy. It has set a target of raising an investment of $ 4.1 Tn (INR 30,000 Cr) to develop electric vehicles in the next five years. The government also announced fiscal incentives for automakers, battery manufacturers, charging infrastructure companies, and EV buyers.

While Tata Motors, under the Tata group, is working to roll out EVs, Tata Power will help set up charging infrastructure in different public and privately owned buildings, malls, and companies.

Delhi May Waive Off Road Tax For EV Owners

Meanwhile, the government has also confirmed that subsidies under FAME II would be provided for all types of electric vehicles. This development came after an inter-ministerial panel held a meeting on August 23 and discussed the matter.

Electric Cars Developments From Around The World

China-based carmaker Chery Automobile Company plans to introduce its electric sports utility vehicle model ‘Exceed’ in 2020 in the European market. Company president Chen Anning said that Germany may be one of the first countries to start selling the car.

The company said it would soon announce the construction of an EV development centre near Frankfurt and also looks forward to employing “several hundreds of employees” over the mid-term.

Toyota To Invest In Uber To Develop Self-Driving Cars

Japan-based Toyota Motor Corp plans to invest $500 Mn in US-based ride-hailing service Uber Technologies Inc. As part of the deal, the companies will work together to develop self-driving cars in order to catch up with their rivals.

Reports suggest that Uber will combine its autonomous driving system with Toyota’s Guardian technology to offer automated safety features such as lane-keeping, but won’t enable a vehicle to drive completely autonomously.

According to Uber, this combined technology will be incorporated in Toyota’s Sienna minivans, which will be deployed in Uber’s network from 2021.

This deal will also give Uber another chance at the self-driving business as the company had removed its robot cars and laid off several test drivers after a self-driving Uber SUV killed a pedestrian in Arizona in March.

US-based vehicle manufacturer General Motors has partnered with Delta Americas, which builds power and thermal management solutions, to build extreme fast charger (XFC) stations. The companies said these chargers would help electric cars ply up to 180 miles on just 10 minutes of charge. They plan to put them up for sale from 2023.

Sponsored by the US Department of Energy, General Motors plans to use solid-state transformers to provide 400kW of electricity directly to vehicles at a 96.5% of efficiency rate, from the grid to the car.

According to Delta Americas, the prototype of the XFC station will be ready by 2020, by which time General Motors will also finalise its lineup of 20 electric vehicle models.

If the duo can successfully build XFC stations, they will not only beat Telsa’s supercharger — which currently produces nearly six miles of range in a minute — but also Porsche’s upcoming 350kW system, which promises to provide 12.4 miles of range per minute.