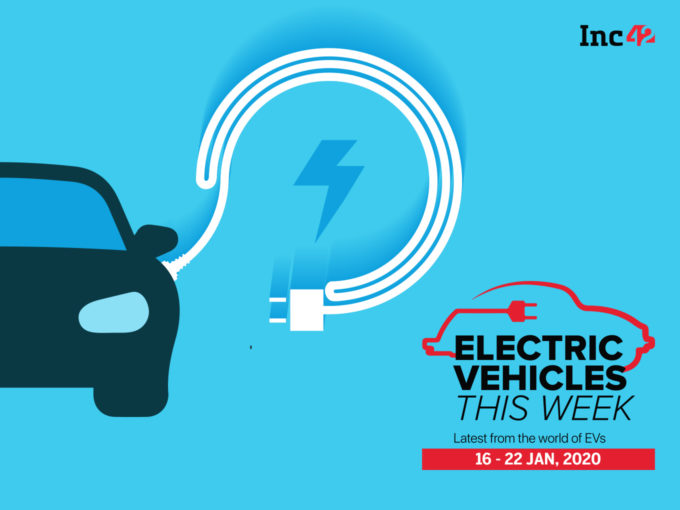 Giving a neck-to-neck competition to mainstream embolity makers, as many as 18 startups are all set to showcase their electric vehicles (EV) and products in the upcoming Auto Expo 2020, which will be held from February 7 to 12 in Greater Noida.

Also, Mahindra and Mahindra is expected to unveil the electric version of its KUV sports utility vehicle (SUV). Last year’s Auto Expo had hosted over 11 startups and showcased around 25 EVs.

Chart of the week: Consumer Spending

Just after his India trip, Amazon CEO and founder Jeff Bezos announced that Amazon will be infusing 10K EVs in its delivery facility in the country by 2025. These electric vehicles will operate in over 20 cities, including Bengaluru, Delhi NCR, Hyderabad, Ahmedabad, Pune, Nagpur and Coimbatore among others.

Tata Motors CEO and MD Guenter Butschek said that smaller SUVs and sedans, which are just below or above four metres, can boost emobility in India even further. “We would like to promote electric as a mainstream solution. In principle all future launches will provide an EV option,” Butschek added.

BattRE Electric Mobility launched its new electric scooter, LoEV, this week. The e-scooter is priced at INR 59K and will be available in offline stores and the ecommerce website Amazon. The scooter comes with a detachable battery that can be charged within two hours.

The Indian Choice In Emobility

As per Deloitte’s ‘2020 Global Automotive Consumer Study’, the majority of users are willing to buy EVs if it costs less than INR 10 Lakh. Moreover, six out of ten Indians want EV manufacturers to buy back the vehicles at 40% of the original price after four years of usage.

Tata Tigor Is The Most Sold EV In India

With 669 units sold between April and December 2019, Tata Tigor became the most sold EV in India. The car was initially launched for government fleet but in October 2019, the company decided to sell the vehicle for personal use as well.

Japanese trading house Mitsui & CO has decided to produce electric cars in India. For this, the company has also partnered with Taiwanese automobile maker Telco electric and Machinery. With this, Mitsui & Co has become the first Japanese company to produce EVs in India.

BattRE launched its first e-scooter, BattRE-One, in June 2019. The premium electric scooter was powered by 48 V, 30 Ah battery that allowed it to cover 90 km on a single charge that took around 2.5 hours. The e-scooter was priced at INR 63,555.

This year, BattRE has once again launched an e-scooter called LoEV, which is priced at INR 59K. The vehicle is available in six colour variants and three riding modes. The scooter comes with features such as dual disc brakes, remote key, anti-theft alarm, reverse gear and wheel immobilizer. The company will be selling its scooter on Amazon and its offline stores.

South Korean automobile maker and its affiliate Kia have invested more than $110 Mn in London-based EV startup Arrival at a $3.4 Bn valuation. Arrival runs its operations across Germany, the United States and Russia.