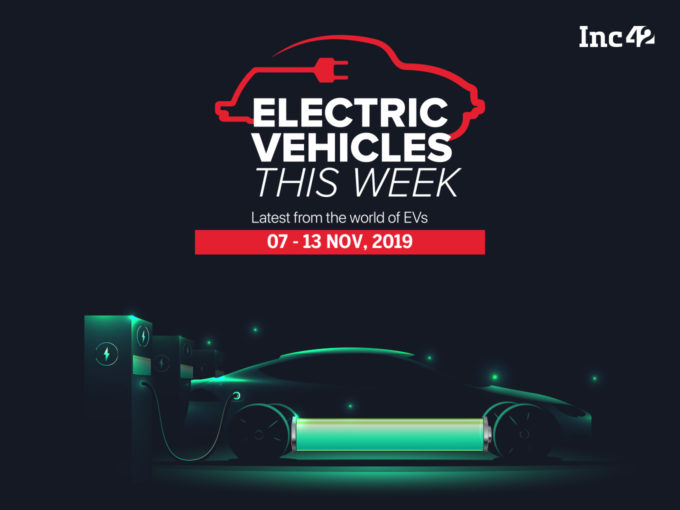 This week, a report by Florence School of Regulation (FSR) facilitates, which pointed out that energy consumption by electric vehicles (EV) will make up for 3% of India’s total demand by 2023, came to light. In the report, the Europe-based research group explored the impact of EV load on the power system and the best ways to manage it.

The report highlighted that the Indian emobility is highly dependent on the availability of strong charging infrastructure. It added that if the charging infrastructure is not distributed properly over time and location in the country,  it can lead to an overload on the power systems. This overload will be due to the increase in peak demand and grid ageing.

Sun Mobility founders Chetan Maini and Sandeep Maini have invested in electric tractor manufacturer AutoNxt Automation through their new electric mobility firm Virya Mobility 5.0 LLP. With the fresh funds, AutoNxt Automation will prepare for market launch, which will include getting required certifications.

Angel investment platform LetsVenture announced the launch of LetsAccelerate EV Innovation Labs, a platform to identify, nurture and fund high-potential startups in the electric vehicle and green mobility space. The selected startup will get access to capital, mentorship and business opportunities before going to market.

In the efforts to ensure connectivity during the Kartarpur pilgrimage, the Ministry of Home Affairs and Land Ports Authority of India tied up with Jalandhar-based electric three-wheeler manufacturer, Republic Motors, to provide six nine-seaters campus electric carts in the corridor. The startup will be carrying 5K passengers daily from the starting terminal or Integrated Check Post (ICP) to the India-Pakistan border at point 0.

Suzuki Motors Plans To Starts Pilot For Electric Two-Wheelers, But Nothing Else


This week, Suzuki Motor announced that it might start testing its electric two-wheeler unit on Indian roads by 2020. However, the company also said that the electric vehicles (EVs) will be officially launched in India only after the infrastructure is developed in the country.

Mercedes-Benz Decides To Stay Away From India’s EV Market

Mercedes-Benz India announced that it would not be launching an electric vehicle (EV) in India because the emobility ecosystem is still at a nascent stage. The company’s CEO and managing director, Martin Schwenk, also said that the company would need a little more time before launching its EV models in India.

Wipro has partnered with emobility startup Lithium Urban technologies to provide transportation to its employees in all its tech campuses across India. The partnership will help Lithium expand its services. The fleet will be rolled out in a phased manner over the next 1 to 1.5 years.

Tata Power Ties Up With Zoomcar for EV fleet

Power discom Tata Power Delhi Distribution Limited (TPDDL) has partnered with Zoomcar to run a pilot project to switch to EV fleets. The EV fleet will be used to run daily operations and maintenance activities, including the installation of smart meters in North Delhi. The project will be rolled out in phase manner, under which Zoomcar’s 12 EVs will be used by the company.

Startup Of The Week: AutoNxt Automation


AutoNxt Automation was founded by Dhonde in 2016, it is building an electric and self-driving tractor, which aims to revolutionise and re-define the agricultural tractor industry. It is also looking to introduce a new leasing and distribution model for the e-tractor.

The company claimed that it is a cost-saving technology, which will reduce the operating expenses by four times at least, compared to the conventional tractors. Moreover, the company added that the tractor will prevent health risks like spinal injuries and hearing loss, due to its silent operations.

The tractor can be connected to the tablet through an Android app. The users will be able to control the tractor to execute activities like ploughing, tilling and spraying.

China has approved US-based EV manufacturers Tesla to begin mass production of its EVs in the country. This will be Tesla’s first manufacturing hub outside the US. The company will start off with the Model 3 sedan, which is one of the most popular EV models in the US.

Researchers at Penn State University, have developed a plan for a for EV that can be charged within 10 minutes. The scientists noted that the key to charging the batteries involves heating them up to 140 degrees Fahrenheit and then cooling them down within a matter of minutes. These batteries can go up to 200 miles and will not get damaged easily.