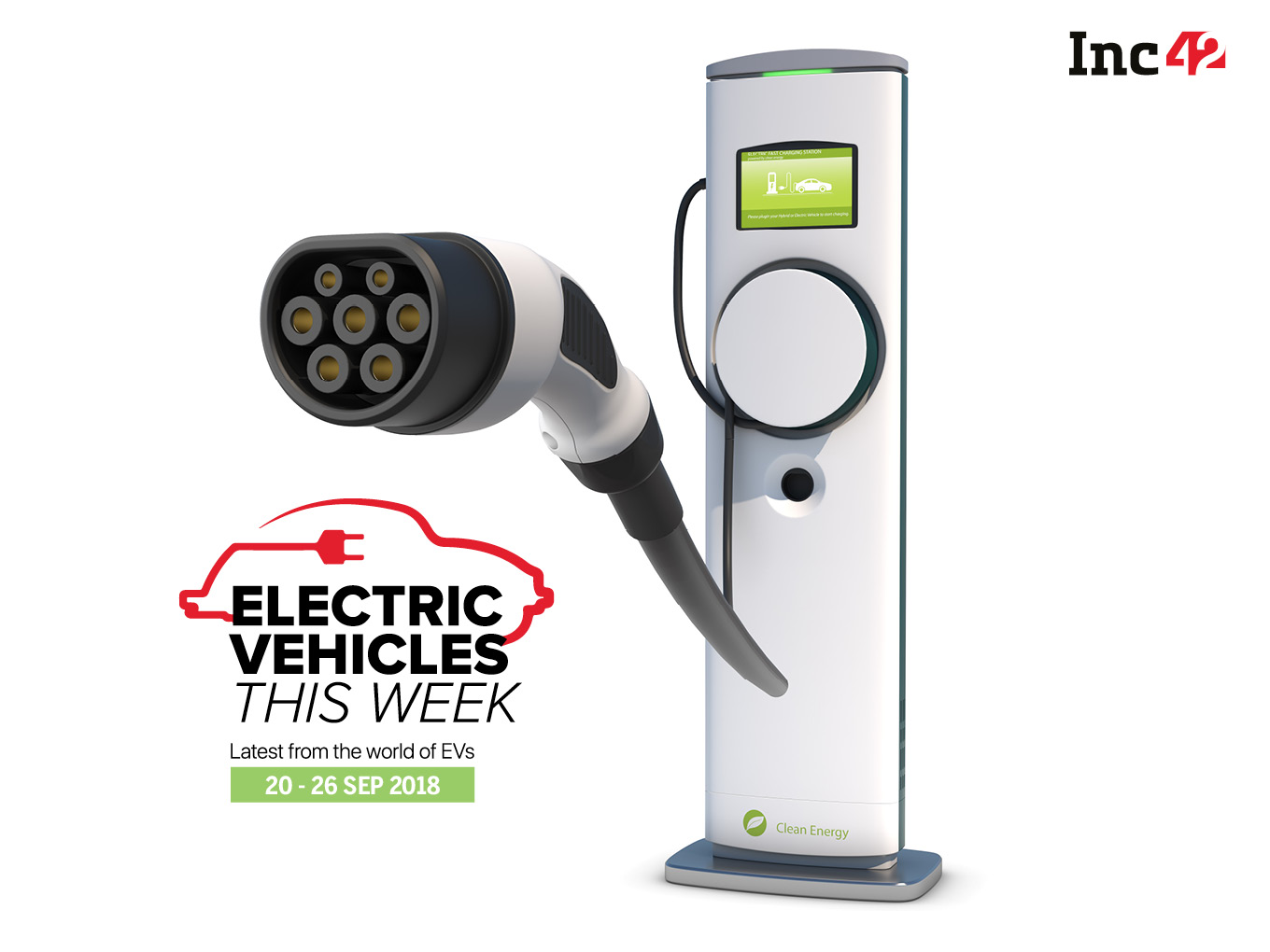 This week, Maharashtra chief minister Devendra Fadnavis said that his government is planning to invest $3.4 Bn (INR 25,000 Cr) in the manufacturing of electric vehicles (EVs), their components, and charging equipment.

He added that the state would encourage the use of EVs by using such vehicles within its own departments.

At the same time, Maharashtra power minister Chandrashekhar Bawankule reportedly said that the state would be getting 1K electric vehicles within the next year for government use.

The announcement was made at an event held this week, where the first five EVs were handed over to the Public Works Department (PWD) by the Energy Efficiency Services Limited (EESL).

Meanwhile, German car manufacturer Mercedes Benz opined that it doesn’t yet see a “viable business case” to launch electric vehicles in India due to lack of a clear EV policy, framework, and incentives to sell such vehicles. This was said by Michael Jopp, Mercedes-Benz India Vice President, Sales and Marketing, based on the current situation.

In order to make EVs available in the country, the company has requested the government to reduce the import duty on battery-operated electric vehicles.

Here’s a curated rundown of important and related developments on the EV Ecosystem [September 20-26].

Let’s take a look at EV developments in the 42nd edition of Electric Vehicles This Week.

These stations will be equipped to completely recharge an EV in 45 minutes to one hour. The tariff has been fixed at INR 6 per unit plus time of the day (TOD) tariff, which means that those charging their vehicles at night will get a rebate of INR 1.50 per unit, according to a ToI report.

One such station is already operating at MSEDCL’s Amravati Road 33 KV substation in Nagpur and two more are being run by cab aggregator Ola.

US automaker General Motors (GM) may sell its last remaining plant in India. The company is in advanced talks with JSW Energy Ltd to sell its Pune plant for about $481.4 Mn (INR 3,500 Cr), Livemint cited two people aware of the development as saying.

JSW Energy is a division of the JSW Group, which is engaged in generation, transmission, and trading of electricity. According to a report, the company intends to enter into the automobile sector by manufacturing an electric car — JSW Car — at GM’s Pune car plant.

The unnamed sources said that a meeting was held between senior executives from the JSW Group and GM in the US earlier this month to discuss the plans.

The factory at Talegaon in Pune currently manufactures some models of GM’s Beat hatchback — the company’s lowest-priced model, which is priced at $8,342 — solely for exports. The report cited the source as saying that the factory is valued between $413.1 Mn (INR 3K Cr) and $418.9 Mn (INR 3.5K Cr), which includes land cost, an engine assembly line, and car assembly line.

GM opened the facility in 2008 and is spread over 300 acres, with the car plant producing an annual capacity of 130K vehicles.

The EVExpo South 2018, held recently in Bengaluru, showcased the latest three wheeler e-vehicles, including e-rickshaws, e-bikes, e-scooters, e-bicycles, among many others.

The EVExpo South, 7th eco-friendly electric vehicle expo in India, showcased EVs manufactured by more than 40 national and international companies. Additionally, the latest lithium batteries, used in EV making and charging stations, were also displayed at the event. The expo was organised with an aim at promoting EV technology and e-mobility in southern India.

The app provides users information on the availability of EV chargers along various routes, the status of the individual sockets at charging stations, and even detects their availability within 500 metres of range using geo-fencing.

The app also helps users locate the nearest charging stations faster and enables them to pay online. It will offer an application-based map system for charging stations. Users will also receive 24×7 assistance from ChargeGrid, according to a report.

German automaker Porsche, which is owned by Volkswagen, has announced that it will stop offering diesel versions of its cars and will instead focus on hybrid-and battery-powered vehicles. Porsche is investing more than $7.1 Bn in electric mobility by 2022.

US electricity company Austin Energy is doubling its investment in electric cars infrastructure to help the city clean up its carbon footprint, myStatesman reported.

Further, the Texas Commission on Environmental Quality will pay $1.6 Mn for another 24 charging station for the city within the next three years.

California May Increase EV Subsidy From $2.K to $4.5K

The California government will hold a hearing this week on offering a $4.5K subsidy for each electric car sold in the state, up from the current $2.5K. At the hearing, the board is also likely to consider mandating oil companies to cut carbon emissions by 20% by 2030 (compared with the 2010 level) from the 5% reduction mandated this year, reported Bloomberg.

The US government currently offers a $7.5K tax credit on all electric vehicles sold in the country. The credit is designed to start falling once the companies have expanded business enough to sell a total of 200K vehicles each.

Further, the government may also provide subsidies directly to consumers at the point of sale, as proposed by automakers, electric utility companies, and others, the report said.