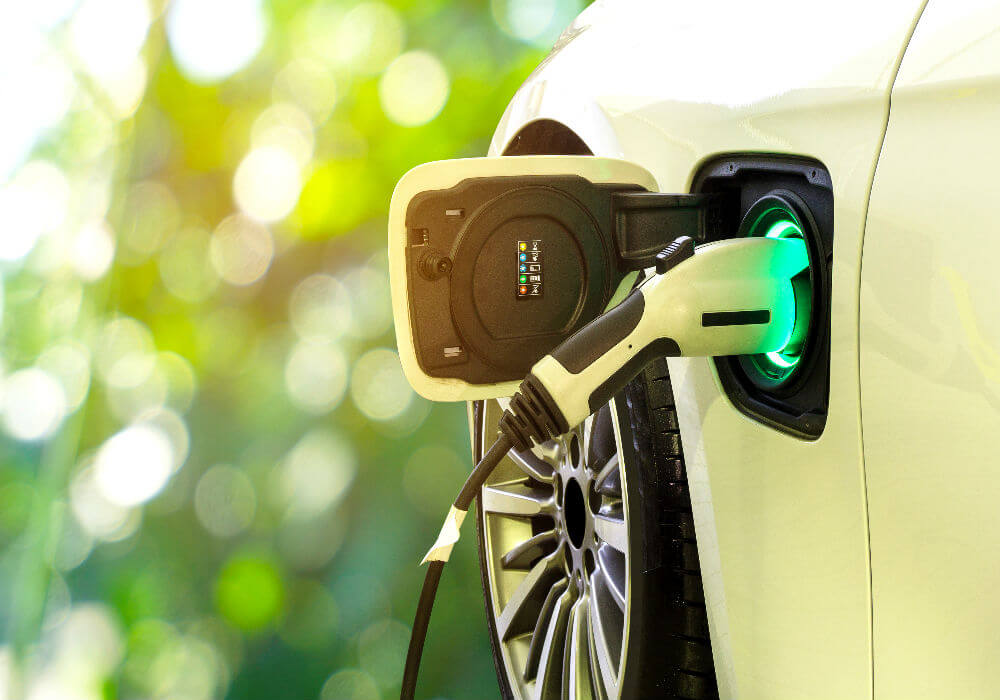 Important Developments From The World Of Electric Vehicles [12-18 April]

Here is the dope of 9 stories around electric vehicles which circled the global EV ecosystem this past week.

Pininfarina is the Italian design and engineering house, which Mahindra Group acquired in 2015. The company had set itself a vision of becoming a billion-dollar business by 2020-2021 and eyes a $500 Mn business in next 3-4 years.

Next on, Chinese e-vehicles giant BYD does not get any subsidy in its country, its Indian partner Goldstone Infratech has said, refuting Indian rivals’ claims that they face unfair competition. Additionally, a Goldstone Infratech spokesperson told ET, the company will be able to localise half the components for electric buses being built for India, in the next two years.

Given that so much has been happening in the electric vehicle sector, we bring to you the 21st edition of the weekly EV roundups.

In a notification issued by the Ministry of Heavy Industries and Public Enterprises recently, the government has extended the financial support to electric and hybrid vehicles under the FAME India Scheme till September 30, 2018 or till the launch of Phase-II of the faster adoption and manufacturing of (Hybrid &) Electric Vehicles (FAME) India Scheme, whichever is earlier.

The subsidy amount is yet to be decided. However, the government claimed that it would be sufficient for the next six months. The Phase-I of the FAME India Scheme was initially for two years — FY 2015-16 and FY 2016-17.

Under the scheme, over 150,550 electric and hybrid vehicles were extended the incentive till July 26, 2017. The Fame India Scheme has four focused areas — technology development, demand creation, pilot projects, and charging infrastructure. In the notification, the ministry said that “the extension is deemed to have taken effect on April 1, 2018.”

Reaffirming its commitment to 1 Mn electric vehicles on road by 2021, Ola has launched ‘Mission: Electric’ to place 10K e-rickshaws and electric auto-rickshaws in its service in the next 12 months.

In an official statement, Ola shared that it will work with driver-partners, cities, vehicle manufacturers, and battery companies to make sustainable technologies cost-effective and viable in daily mobility.

“Three-wheelers are a vital means of transportation and a source of livelihood for millions of people every day. It also represents an immediate opportunity to improve outcomes for all stakeholders while reducing pollution across towns and cities,” said Bhavish Aggarwal, co- founder and CEO of Ola.

The statement reads, “Recently, the issue of charging of batteries of electric vehicles has been deliberated at various forums as to whether or not charging stations would be required to obtain a license under the Act. The charging of battery essentially involves utilisation of electrical energy for its conversion to chemical energy, which gets stored in the battery.”

The clarifications came citing the provisions of the Electricity Act 2003, which was brought into force with effect from June 10, 2003. As per section 12 of the act, a license is required for the activities of transmission, distribution or trading in electricity. The matter has been examined in detail in consultation with various stakeholders including the Central Electricity Authority (CEA).

The Power Ministry is reportedly in the process of supplying electric vehicles to union government departments. The move, sources stated, will enhance demand for EVs by around 500K units.

The electric cars, as per reports, will be available for leasing as well as purchasing. As part of the initiative, government-run EESL is gearing up to provide the new EVs on lease to different government departments, PSUs and other agencies for a period of six years.

Originally, in March 2018, reports surfaced that the Indian government was looking to add up to 10,000 electric cars to its fleet. “While our ministry will be getting 500 new electric vehicles (EV) in the next few weeks, various ministries have been asked to replenish their stock of vehicles with electric vehicles,” Union Power Minister R.K. Singh said earlier.

The local unit of the French carmaker is also working on developing EVs for the global market in Chennai, two people aware of the developments said to LiveMint.

This is the first time any global vehicle maker with operations in India has given an order to an Indian company for making parts of EV which will be exported to the European and American countries and also possibly to China. One of the companies that got the contract through a global tender process is Rico Auto Industries Ltd.

Sun Mobility has launched its global, interoperable smart mobility solution for two and three-wheeler electric vehicles at its new 47,500 sq. ft technology development centre in Bengaluru. The company’s energy infrastructure platform is claimed to be a first of its kind universal architecture solution.

This solution is launched two months after Sun Mobility showcase its smart mobility solution for buses, in partnership with Ashok Leyland at the Auto Expo 2018.

Sun Mobilities’ platform shall be offered in collaboration with multiple OEMs and solution providers and will support a range of new models as retro-fit applications.

Mitsubishi Motors Corporation (MMC) is creating a network of dealerships in Japan which can offer cleaner electric vehicle charging. It will further help stabilise the local electricity supply grid featuring lithium-ion batteries with a capacity of 12kWh, and even provide electricity after a natural disaster or power outage.

MMC already has 28 showrooms throughout Japan which have solar panels and the ability to use an electric vehicle’s battery power as an emergency power source, via a Vehicle-to-Building (V2B) charger.

However the new Omiya “Hyper Energy Station”, opened this week in Saitama City, has also been fitted with its own lithium-ion battery packs to provide substantial power back up to the local electricity grid. This is the fourth private facility and the first automobile dealer to adopt the system.

Future Plant in Japan By Benex & Sumitono To Use Nissan EVs

The energy system developed by them combines renewable energy with stationery storage and electric vehicles. Nissan will provide 10 Nissan e-NV200 electric vans for the project.

Both the EVs and stationery batteries will help stabilise output from the solar power system. The Nissan e-NV200s will also be used by Benex employees, and the EV batteries will eventually be recycled and refabricated as components of the energy storage system.

Buick’s Velite 6 PHEV and the all-electric SUV concept Enspire have made their global debut in Wuzhen, Zhejiang.  The electric SUV is said to drive 600 km on a single charge with two electric motors delivering 410 kW.

The launch is planned to happen in China in 2018. The PHEV is said to perform for a combined fuel consumption of 1.4 liters/100 km, with range given at 700 km. The lithium-ion battery pack will be assembled at the SAIC-GM Power Battery Development Center in Shanghai.

For the Velite EV however, Buick will adopt a new-generation battery-electric drive system but not much more is known of the Velite in its all-electric set up so far.

With FAME India scheme extended to September 30, 2018, certainly, the stakeholders in the Indian EV ecosystem will have taken a sigh of relief. As Ola reaffirms its commitment with Mission: Electric, and Power Ministry allows to set up charging infrastructure for electric vehicles without any separate licence.