UK’s Dyson has announced to foray into EV Manufacturing, with $2.6 Bn investment 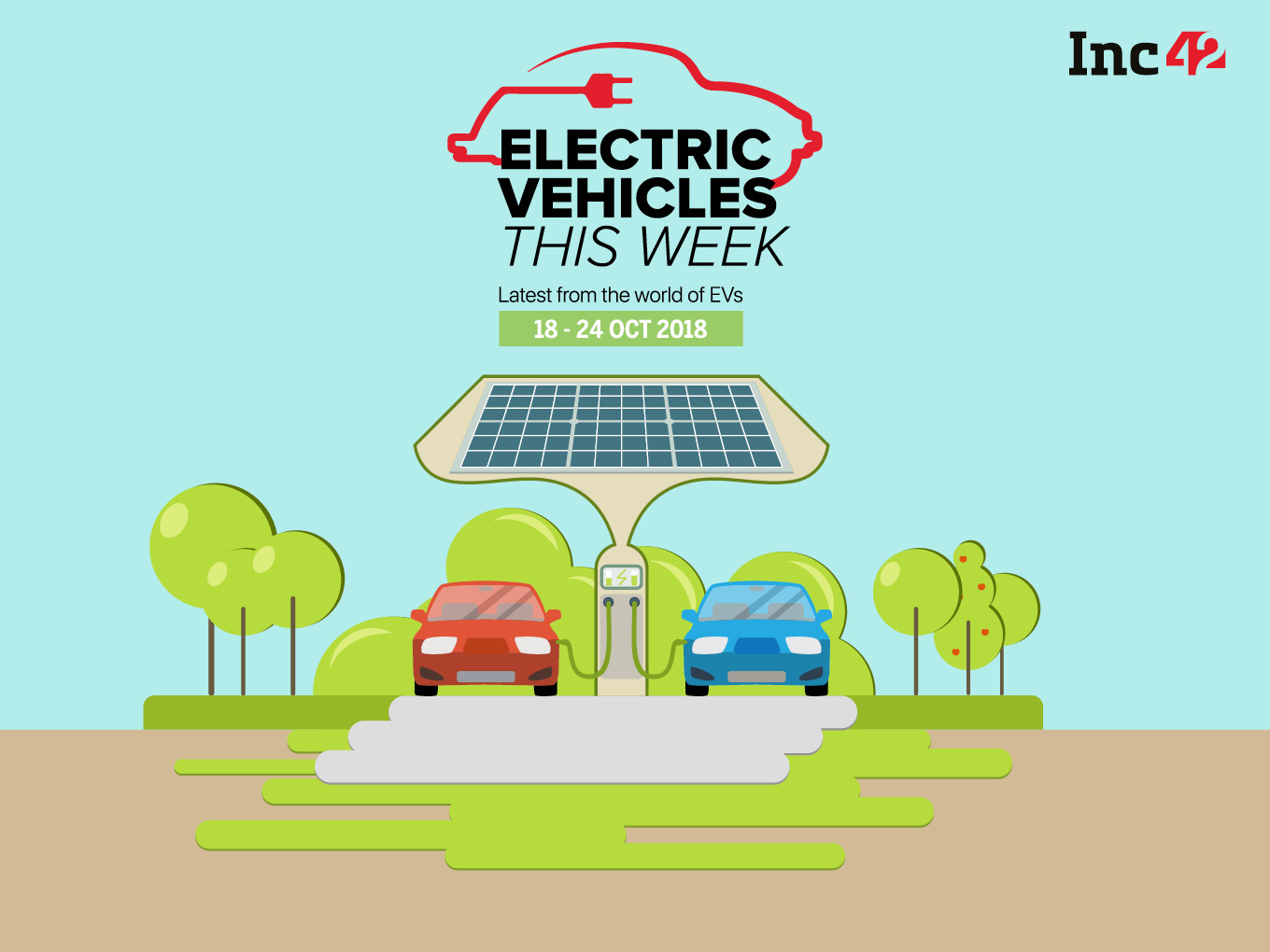 As India gets ready for electric mobility, both the state and central governments are taking up initiatives to encourage its use. However, the report suggests that electric vehicle sale accounts for less than 1% of total vehicles sold in the country.

According to Society of Manufacturing of Electric Vehicles (SMEV), the financial year 2017-18 recorded a sale of only 56K units, of which majority of sale was dominated by e-scooters with nearly 54.8K units sold, recording a growth of over 138%.

“The lack of charging infrastructure and awareness around electric cars is one of the big reason for the decline,” the reports says.

Meanwhile, roping into the world’s electric mobility, Nepal has now shown a keen interest. The country has introduced five electric buses on the roads of its capital city Kathmandu, priced at $273.4K (INR 20 Mn) each.

Nepal Prime Minister Khadga Prasad Sharma Oli maintains that this move will help deal with the country facing a shortage of petroleum products.

Here’s a curated rundown of important and related developments on the EV Ecosystem in the 46th edition of Electric Vehicles This Week [October 18-24].

The Indian transport ministry has exempted EVs and vehicles operating on alternative fuels from commercial permits that is obtained from the respective state transport departments, as it aims to reduce corruption at the regional transport offices (RTOs), and also to ease the process of obtaining permit.

“The exemption to get a permit will liberalise the plying of vehicles, and we will see an increase in the number of electric buses and auto-rickshaws in cities,” TOI cited an official as saying.

Himachal Pradesh government is planning to float a tender for 55 electric buses within a fortnight for Shimla and Dharamsala smart cities, according to state road transport corporation (HRTC) chief general manager HK Gupta.

The development comes a week after the HRTC made $3.14 Mn (INR 23 Cr) contract with automobile manufacturer Foton-PMI for acquiring 30 electric buses for Shimla for public transportation use, ET reported.

Automobile manufacturers Renault, Nissan and Mitsubishi have formed an alliance, as they plan to re-enter the light commercial vehicles (LCVs) market of India. The study which is being conducted under the Renault brand is expected to be over within 18 months.

“We have started studying the Indian market very closely, both internally and externally. We have a team in place, which will look into this,” Ashwani Gupta, commercial vehicles chief for the alliance, told ET.

British technology company Dyson Ltd has selected Singapore for producing its first electric vehicle with an investment of $2.6 Bn, as it plans to expand into electric vehicles, according to a Bloomberg report. The company has announced to complete setting up of the factory by 2020, and roll out its first model in 2021.

US-based Tesla has launched the Model 3 electric vehicle with a new ‘mid-range’ battery pack priced at $45K. It was expected to launch the base version of the Model 3 with a standard battery starting at $35K. This will also change the pricing structure for the vehicle, reported TOI. The ‘Long Range’ battery pack version was available for over a year with 310 miles of range.

Sydney-based EV charging station maker Chargefox Pty has secured $10.6 Mn (AUD $15 Mn) from private investors and government to build ultra-rapid charging stations, which can charge EVs in 15 minutes. According to a Bloomberg report, Chargefox chargers will contain a power output between 150kW and 350kW. The startup has decided to set up such charging stations across 21 locations initially.

Nissan To Regain Popularity With Its New SUV

Japan’s automobile manufacturer Nissan is looking to enter India’s SUV segment with the new Nissan Kicks, reported TOI. According to Nissan India president Thomas Kuehl, with the new plan named as Nissan 2.0, Kicks will be followed by several other SUVs. With the launch, Kicks will be competing with South Korean car maker Hyundai Motor Company’s Hyundai Creta, which currently records an average monthly sale of 10K units.