Govt will set up 2636 EV charging points across India

EVI Technologies is the startup of the week 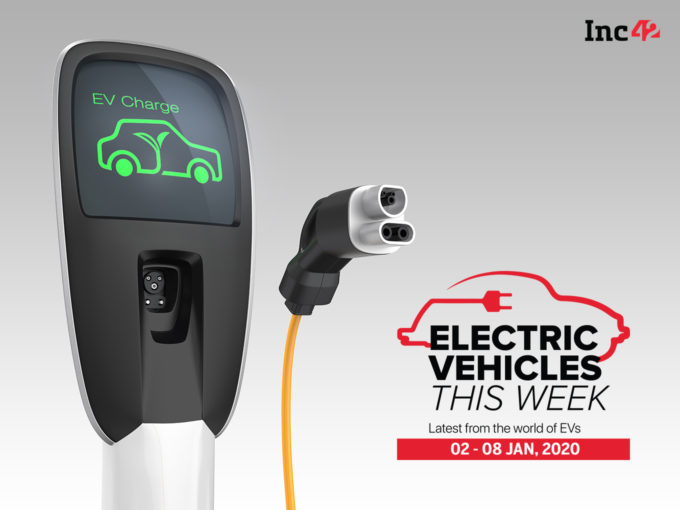 This week, Chinese automobile manufacturer Great Wall Motor announced its plans to launch its electric car Ora R1 in India this year. The electric vehicle (EV) is being referred to as the cheapest electric vehicle in the world with a price range of $8.6K to $11K (INR 6.2 Lakh to INR 8 Lakh).

The electric car is powered by a 35KW motor and can cover a range of 351 Km. Even though there is still some skepticism in terms of charging infrastructure, the price and range of Ora R1 will certainly come as a relief for the Indian consumers.

There are hardly any electric cars in India that can go up to 351 Km. Although Hyundai’s Kona provides a range of 452 Km on a full charge, the vehicle also costs about INR 23 Lakh.

The Indian govt has approved a plan to set up 2,636 EV charging points across 62 cities in 24 states and union territories (UT). Union Minister Prakash Javadekar noted that the installation of the charging stations will ensure that at least one EV charging spot is available within a 4 Kms radius in these cities.

One of the top executives of two-wheeler manufacturer Hero Electric, in an interview, said that the new FAME II policy has jeopardised the mass adoption of EV in India. The cost-effective vehicles are crucial for the growth of India, the company believes.

Even the society of manufacturers of electric vehicles (SMEV) said that the electric two-wheeler manufacturers are learning to survive without the government’s support, ever since the FAME II scheme failed to promote low and mid-speed electric vehicles in the country. “Sales have dropped drastically,” director general Sohinder Gill added.

Electric two-wheeler manufacturer Ather Energy unveiled an upgraded version of its 450 model — Ather 450X. Unlike its previous models, Ather 450 X will be launched across India by the end of this month. For this, the company has been approached by 1K dealerships in 130 cities.

Startup Of The Week: EVI Technologies

Founded in 2017 by Rupesh Kumar, Aditya Raj and Vikrant K Aggarwal, EVI Technologies (EVIT) is an Electropreneur Park incubated company and is funded and supported by the ministry of electronics and information technology (MeiTY). In addition, it is also in collaboration with several states and central government initiatives, like Startup India, Digital India, Make In India, Atal Mission For Rejuvenation and Urban Transformation, Smart City Mission and Paris Climate Agreement

EVIT has developed a VCube EV Charging (VCube) Station, which charges EVs in less than 80 minutes depending on the EV model. So far, the company has installed over 200 charging points across 16 cities in India.

The company has recently planned to set up EV charging infrastructure at 5K locations across India, provided by telecom operator Bharat Sanchar Nigam Limited (BSNL). First of these charging stations are expected to launch in February 2020 in Maharashtra and Haryana.

Looking at the EV trend across the world, the Electric Vehicles were one of the most talked-about electronics at the Consumer Electronics Show (CES 2020). At the event, Fiat Chrysler unveiled its Fiat Centoventi, Nissan shared its ARIYA, Tesla’s competitor Fisker showcased its Fisker Ocean, China’s Byton displayed its M-Byte and BMW also revealed its electric hatchback i3 Urban Suite.

In addition, Jeep unveiled its plug-in hybrid version of three of its models — Wrangler, Compass, and Renegade. The company also announced that it will be electrifying all vehicles by 2020.

Out of all the models launched at CES 2020, here are the ones that broke the internet:

Amazon To Bring Alexa To US-Based

Global tech giant Amazon announced that it will be integrating its voice assistant in US-based EV manufacturer Rivian. Amazon will set up Alexa Rivian’s first all-electric vehicles — the R1S and R1T — as well as its upcoming fleet of 1 Lakh all-electric Amazon delivery vans.

Global tech giant Sony at the CES 2020 announced that it will be launching its very first car Vision S. With the very first car, Sony has decided to test out the still very nascent EV market.

Mercedes Benz Goes All Sci-Fi With Its Vision AVTR

German-based luxury car manufacturer Mercedes Benz launched its concept car Vision AVTR, which was no less than any futuristic cars from a sci-fi movie. Interestingly, Hollywood director James Cameron and his team from the movie Avatar had collaborated with Mercedes Benz to design the vehicle.