Electric Vehicles This Week: Centre Set Up Nodal Agencies For EV Infra, Give Cash Subsidies To Ola And Uber, And More

Electric Vehicles This Week: Centre Set Up Nodal Agencies For EV Infra, Give Cash Subsidies To Ola And Uber, And More

Important Developments From The World Of Electric Vehicles [21-27 June, 2018] 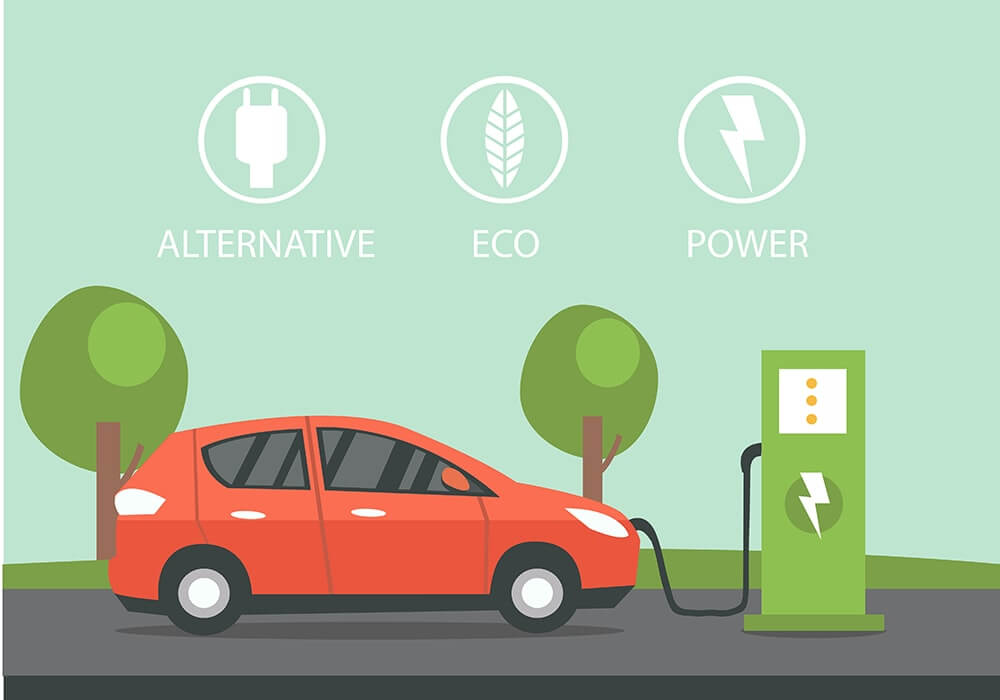 The central government is reportedly looking to tighten the corporate average fuel economy or 22 CAFE norms, which mandate automakers to manufacture cars that are 30% or more fuel efficient from 2022, and 10% or more between 2017 and 2021. A draft proposal has been submitted by the ministry of road, transport, and highways to government think-tank Niti Aayog in this regard.

The changes in the 22 CAFE norms are expected to compel car and SUV makers to invest more in electric and hybrid vehicle technology. The norm, in effect since April 1, 2017, is in line with those in European countries, which many other countries are implementing now.

In another development in the Indian EV space, the government has proposed a grant of $152 Mn (INR 1,050 Cr) for setting up of over 4,200 EV charging points across select cities and highways. A nodal agency comprising state-owned power distribution companies, central PSUs, and municipal corporations is being formed to identify cities and highways for setting up of charging stations.

We bring all these developments to you in the 30th edition of Electric Vehicles This Week.

Government To Set Up Nodal Agencies For Electric Vehicle Infra

In a move to set up a network of charging infrastructure, the government plans to appoint state-owned power distribution companies, central PSUs, and municipal corporations as nodal agencies. These agencies will identify locations to set up charging infrastructure in selected cities and on highways within a year and make it operational within a period of three years.

The government has proposed a grant of $152 Mn (INR 1,050 Cr) for setting up of over 4,200 EV charging points. According to the proposed policy, committees at central and state levels will identify the cities and highways, designate nodal implementing agencies, and monitor and review the implementation of the charging stations.

Earlier in April, the power ministry had clarified that setting up EV charging stations would not require a separate licence under the Electricity Act of 2003.

Centre Plans To Include Ola, Uber On The List Of EV Subsidy Beneficiaries

The central government has plans to scrap cash incentives currently offered to buyers of electric vehicles and instead give cash subsidies to cab aggregators such as Ola and Uber EV drivers as it feels that “their vehicles will run much more than private cars,” according to an official familiar with the development.

Including Ola and Uber on the list of subsidy beneficiaries would also encourage these companies to introduce more electric vehicles on the roads. Last year, only around 1,500 passenger EVs were sold against petrol/diesel/CNG car sales of 32 lakh.

Currently, the government offers a discount of up to $1K (INR 1.3 lakh) on EVs as part of its clean-energy programme, FAME (faster adoption and manufacturing of hybrid and electric vehicles). There is a proposal to remove this in the new FAME Phase II draft policy.

KABIL To Begin Hunt For Lithium From March 2019

As India aims to turn 30% of its vehicles battery-powered by 2030, a joint venture of three state-run companies formed earlier will become operational this financial year to source and acquire from overseas minerals such as lithium and cobalt, which are required for EV manufacturing.

Nearly 80% of the world’s resources of lithium is said to be locked up in nine deposits in the Andes, the US, China, and the Democratic Republic of Congo.

The joint secretary of the Ministry of Mines, Anil Kumar Nayak, said, “The joint venture will acquire assets abroad and do mining in collaboration with those countries… the government is also looking at a possibility of inviting domestic and overseas private players to collaborate with the joint venture.”

The Kerala government is all set to tap into the demand for electric vehicles in the state by taking over the state-run Maharatna company BHEL’s subsidiary — BHEL Electrical Machines Ltd (EML). BHEL EML, a public-sector unit based in Kasaragod, Kerala, manufactures traction motors and control devices used in electric vehicles.

A state-owned enterprise that executes states reform initiatives, the Public Sector Restructuring and Internal Audit Board (RIAB) has been entrusted with the task of completing the deal formalities. A formal proposal has been submitted to the government for the takeover and the approval is expected soon after asset valuation.

GMDA Officials To Commute In EVs From July 1

Come July 1, the Gurugram Metropolitan Development Authority (GMDA) officials will have to commute in electric vehicles. The GMDA has completed the tender process for EVs and 12 sedans with eco-friendly features at a total cost of $217K (INR 1.5 Cr). The first lot of EVs will be commissioned by the EESL.

According to GMDA CEO, V Uma Shankar, these EVs will have a maximum speed of 140kmph, but will run at an average speed of 50-60kmph. There will be eight charging stations for these vehicles across Gurugram, he added.

According to one of the officials, Mahindra’s eVerito and Tata Motors’ Tigor EVs fail to run even 80-82 km on a single charge within city limits. Their battery capacity of 17kW doesn’t meet the global standard, which is 27-35kW.

The ministry of power rolled out electric vehicles by Mahindra and Tata Motors as part of the National E-Mobility Programme. The state-run Energy Efficiency Services Ltd (EESL) is responsible for procuring EVs under the programme.

Swedish automaker Volvo has confirmed that the brand’s first fully electric vehicle will be a version of the XC40, with the next-generation XC90 also gaining an EV version. This version of the EV will come after the company’s electric sub-brand Polestar launches its second car and will be followed by an electric version of the XC90.

“It’s not a secret any more that the first full electric Volvo is on its way with the XC40 coming… it will arrive very soon after the Polestar 2… that is the first to come that’s not exotic,” Volvo design chief Thomas Ingenlath said.

Volvo has set a target for 50% of its sales volume to include fully electric cars by 2025. The Swedish car-maker, which is owned by Chinese giant Geely, has pledged to launch an electrified version of every model in its line-up from 2019.

Faraday Future Raises $2 Bn To Bring Its EVs To Market

US-based electric vehicle startup Faraday Future has announced that it closed a $2 Bn financing from Evergrande Health, a Hong Kong-based holding company, to bring its electric vehicles to the market.

The startup plans to utilise the funds to expand its product pipeline, develop cutting-edge technologies, and grow the business rapidly in the global marketplace, including its manufacturing facilities in Hanford, California and in Guangzhou Nansha, Guangdong Province, China.

With a 130kWh battery pack configuration, FF claims that the FF91 will have 1050 horsepower. Last year, it also set a new “production” EV record at Pike’s Peak – beating the previous year’s Tesla P90D by more than 20 seconds.

Italy’s populist coalition has decided to increase the country’s electric vehicle market by rolling out 1 Mn new EVs on its roads by 2022. The move is aimed at reducing gasoline- and diesel-fueled vehicles and give incentives to support the acquisition of electric and hybrid vehicles.

The EV announcement is the first official proposal to the country since the coalition partners (Five Star Movement and the League) were sworn into office earlier this month.

According to the European Automobile Manufacturers Association, Italians bought about 2,600 EVs last year. The number rose to 4,800 in plug-in hybrid models. Less than 5,000 fully electric models are estimated to be on Italy’s roads today.

The Hampshire County Council in England has released undisclosed funding for district, borough, and town councils to fit EV charging stations across the county as it aims to cut carbon from 40-50% by 2025.

“Our electric vehicle programme remains focused on investing in facilities so that Hampshire residents can access environmentally friendly travel. This gives value for money both for motorists and the public purse,” economic development chief councillor Mel Kendal said.

According to Kendal, 25 public sector organisations have come forward to discuss options with the council. So far, eight charging points have been installed across the county for use by council staff, with 20 further installations planned.

Stay tuned for the next week edition of Electric Vehicles This Week.