What does the EV industry want to see in the Union Budget 2020? 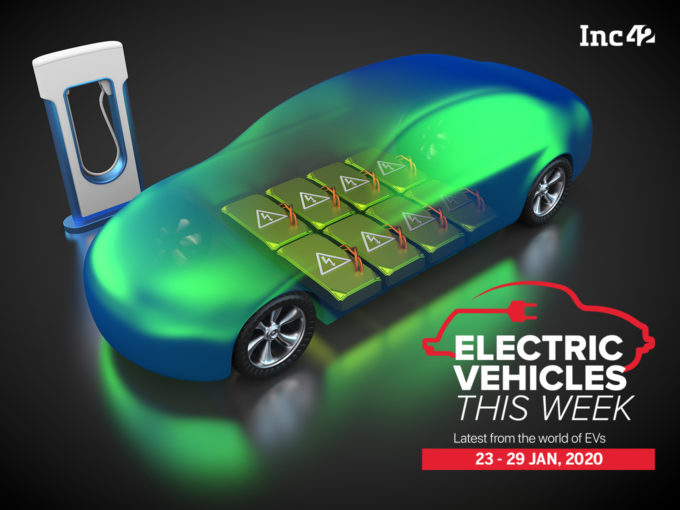 As India awaits the Union Budget 2020, the electric vehicles (EV) industry has raised many expectations from the finance minister Nirmala Sitharaman. The Indian EV community wants the government to take a look at the goods and services tax (GST) on raw materials, improved financing to boost demand and more funds disbursed to startups to push innovation.

Even though industry players have commended the government for its policies and the push for electric mobility, the updated Faster Adoption and Manufacturing of (Hybrid &) Electric Vehicles in India (FAME) policy has turned out to be a hurdle for the community in many ways.

Since the launch of phase II of FAME last year, only 8,143 EVs certified under the scheme have been sold. Meanwhile, only 19 buyers have claimed subsidy on the vehicle bought, according to the FAME’s webpage.

Ather Energy’s 450X is finally out in the market. The electric scooter is an upgraded version of its flagship Ather 450 model. Currently, it is available in Delhi, Mumbai, Pune and Hyderabad, apart from Bengaluru and Chennai.

Motorcycle maker Honda is looking to enter Indian EV with electric bikes and scooters. Honda has decided to start its journey by shipping one of its electric bike models from China to conduct trials in India. The trail is a part of Honda’s market feasibility survey, which will be completed in a year or so.

BattRE Electric Mobility has launched its new tech-enabled, connected electric scooter, BattRE IOT, to be sold on Amazon. The e-scooter is priced at INR 79.9K and comes with a one-year Internet of Things (IoT) subscription plan for vehicle management and maintenance.

This week, TVS Motors unveiled its first electric scooter iQube, which will be priced at INR 1.15 Lakh. he electric scooter comes with three lithium-ion battery packs that allows it to cover 75 Km per charge. The vehicle’s top speed is 78 Km per hour.

Tata Nexon EV Out In Market

Tata Motors’ newest electric vehicle, the Nexon EV, is out in the market for INR 13.9 Lakh to INR 15.9 Lakh. N Chandrasekaran, group chairman, Tata Sons, noted that Tata Motors is planning to launch around four electric vehicle products — two SUVs, a hatchback and a sedan — in the next 24 months.

MG Motor’s ZS electric vehicle has officially been launched in India. The vehicle is priced at INR 19.88 Lakh and can cover up to 340 Km on a single charge. Earlier this month, MG Motor had also announced that there were over 2,800 booking for this model.

Startup Of The Week: Earth Ride

Founded in 2017 by Dhairya Gupta, Delhi-based Earth Ride is a B2B electric vehicle leasing company. Earth Ride aims to reduce the carbon emissions of delivery and personal vehicles by replacing them with more sustainable solutions.

However, the Indian EV market is still in the nascent stage, and range and affordability are the biggest hindrances when it comes to adoption of such vehicles. To deal with this, Earth Ride offers long-range EVs that don’t require frequent charging.

Earth Ride leases out electric vehicles to corporates, delivery partners working in the logistic segments of businesses and to individuals for personal use. The company’s clientele includes Zomato and Swiggy.

This week, General Motors announced that it will be spending $2.2 Bn to produce 20 EV models by 2023. The production will take place in its manufacturing unit at its plant Detroit Hamtramck plant in the US.

US-based EV maker Tesla has recorded $6.2 Bn revenues in its cash reserve. This was the second consecutive profitable quarter Tesla reported. This profitability can be attributed to the sales of Model 3 in Europe and China, driven by 50% higher sales for Tesla’s Model 3 compact car in the global market.