Jio starts to try out EVs for delivery fleet 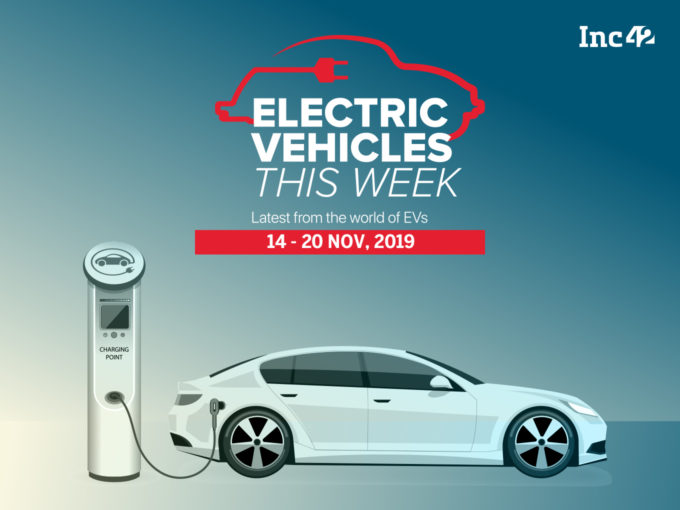 India has the potential to become the largest electric vehicle (EV) market in the world, according to a report published by the World Economic Forum in collaboration with Ola Electric institute. The report analyses the EV policies implemented by various states and union territories governments in India.

The report looked into the EV policies and programmes of 10 states, including Andra Pradesh, Bihar, Karnataka, Kerala and Maharashtra and union territories (UT) like Delhi. Through this, WEF aimed to encourage a holistic approach to EV adoption and acceleration in the country.

Looking at the development in the emobility ecosystem, Indian seems to be on the right path. Here’s what happens this week:

Tata Motors to Infuse Its EVs In Lithium Urban’s Fleet

Indian automobile maker Tata Motor has tied up with EV fleet provider Lithium Urban. Under the partnership, Tata Motors will be providing 400 units of Tigor Electric and 100 units of Nexon EV. Through this, both the companies will address mobility solutions across segments like passenger vehicles, mass transit and freight.

Groceries delivery platform Grofers introduced EVs in its delivery fleet three years ago, however, the company has been finding it challenging to keep up due to the delivery executive’s resistance to drive Evs, lack of charging infrastructure and the discovery of EV technology manufacturer. The issue was highlighted by Grofers’ director of operations Vinay Kumar.

This week, MG Motor India president and managing director, Rajeev Chaba, announced that the company aims to develop an entire ecosystem around electric vehicles in India with the launch of its SUV MG ZS EV. A few days later, the company installed its first charging station in Gurugram, in collaboration with Chinese company SAIC Motor.

Gurugram-based e-scooters wheeler startup Zypp (previously known as Mobycy) raised INR 15 Cr in Pre-Series A from Indian Angel Network (IAN). Through this funding, the company wants to scale its fleet to 5K e-scooters by next year and to 20K units by 2020.

This week, Mukesh Ambani-led Reliance Jio has decided to step into EV race by introducing the vehicles in its delivery fleet in its new commerce venture. According to Vikram Misra, vice president SCM (P&C) of Reliance Jio Infocomm, the company is running vehicle delivery in collaboration with some startups and established vendors.

This week, Microsoft cofounder, Bill Gates, has once again appreciated India’s contribution to the world in terms of technology. On his three-day visit to India this week, Gates spoke about technology for social inclusion, highlighting that the development of the EV ecosystem is one of the most important milestones in India’s journey.

Startup Of The Week: ZYPP

Founded in 2017 by Akash Gupta, Shivraj Singh and Rashi Agarwal, Zypp is a self-driven e-scooter and bike-sharing platform that allows users to book a scooter for travels up to five kilometers. The company provides its self-manufactured e-scooters Zypp, which are also connected to the internet of things (IoT).

Zypp allows users to unlock a bike by scanning a QR code through its mobile app. The company will also allow users to park vehicles at various geo-fenced locations. Moreover, it also allows users to see various metrics — battery life and run time of the e-scooter — on the app. The users can register themselves by linking their Aadhaar card or driving licence to the account.

American car maker Ford introduces its first all-electric SUV Mustang Mach E in the US. The vehicle can travel between 370Km to 480 Km on a single charge. The vehicle will come in two battery options — a 75.7 kWh lithium-ion battery and a 98.8 kWh battery. The project was started off in May 2017 and is finally ready to make it to the market.

Volkswagen Plans To Spend $66.3 Bn To Switch To Electric Cars

This week, German automobile giant Volkswagen announced that it will invest $66.3 Bn in the next five years to digitise and produce more electric/hybrid vehicles. The company has already partially or fully converted its manufacturing plants in China and the United States. Now, it is looking to convert the three plants in Germany.